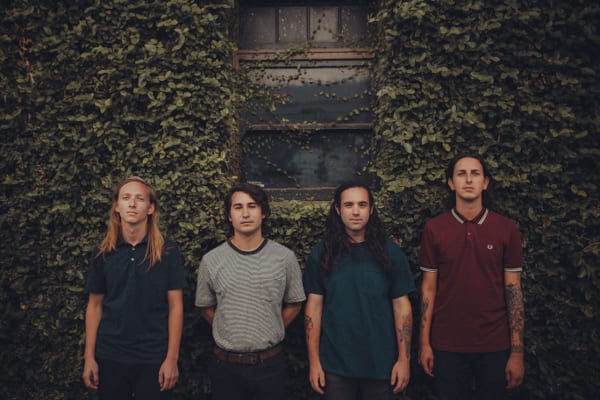 “I want people to understand that Alzheimer’s is more than the misconceptions. My own hope is that we will one day find a cure or effective treatment. It’s very possible that any one of us can lose every sense of the person we are to this disease. We are all susceptible to becoming a shell of the person we used to be, all of our collective years of memories of love … gone. It’s a scary thought, but we can do something about it.” – Patrick Miranda, Movements
California’s MOVEMENTS have partnered with the Alzheimer’s Association to debut an emotionally charged video for “Deadly Dull”, a fan favourite from their latest album Feel Something, produced by Will Yip (Tigers Jaw, Title Fight, Turnover, Citizen) and out now via Caroline Australia / Fearless Records. Directed by Max Moore, the video depicts a vivid representation of effects of Alzheimer’s disease and dementia.
“’Deadly Dull’ is a song that we felt really needed a visual aid,” says lead singer-songwriter Patrick Miranda. “The song is powerful as it is, but adding a video really helps drive the point home and make the situation more understandable. Seeing someone you love suffer from a disease that rids them of who they are is a really hard thing to experience. We felt that director Max Moore would do a perfect job of taking this song to the next level, and we couldn’t be happier with the outcome.”

Threading together spacey guitars, evocative and interesting lyricism, ponderous spoken word and tight songcraft, the southern California quartet immediately connect by opening up. That musical empathy launched Movements on an upward trajectory in 2015. Formed by longtime friends, the group landed a deal with Fearless Records after just one local gig. Produced by Will Yip (Tigers Jaw, Title Fight, Turnover, Citizen), their debut EP, Outgrown Things, became a fan favourite. Acclaimed by the likes ofAlternative Press and New Noise Magazine, songs like “Nineteen” and “Kept” each respectively amassed over a million Spotify streams and counting as they have toured nonstop. Along the way, the band started working on what would become Feel Something before returning to the studio with Yip in February 2017. In the sessions, their signature style crystallized and coalesced.   Bolstered by intricate instrumentation and explosive vocal delivery, the 11 tracks that make up Feel Something signify the musicians’ evolution.