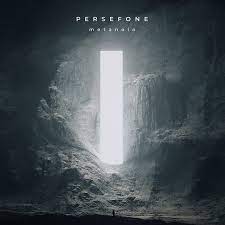 Persefone. Who? I’ve never heard of ‘em? Apparently, they are from Andorra. Yeah, I’ve never heard of that place either. Anyway, let’s not let an unknown name and country get in the way of a good yarn. Let’s see what this extreme progressive metal outfit has to offer in their latest self-proclaimed opus.

The album opens with a haunting melodic vocal over some slow piano and atmospheric synths. The tracks called metanoia and seemed to be there simply to set the tone for whatever the fuck is about to come.

Yeah, nah. Shit unleashes like a frenzy. Overly technical guitar noodling makes way for a synth explosion and some chuggy chuggy djent. Then it pulls back to that piano and synth which opened the album. Then some more noodling. Katabasis is the name of this one, and I have no fucking idea what that means, which doesn’t matter right now cause shit just got fucking heavy, and then a bit weird.

Up next is Architecture of the I which kicks off with some mild synth, and a soft techno beat. And then we hear some more noodling and a heap more synth. This band is all over the place, but luckily, they bust in with the odd touch of shred and heavy groove, very sporadically. It’s quite the epic journey at 6 minutes long.

Leap of Faith surprises me with some vinyl noise at the start. You know that annoying crackle and hiss you hear when you are listening to those annoying big things? The same vinyls craft beer drinking, sludge metal dads whack off about sounding so great. Yeah, that shitty noise.

Anyway, some acoustic guitar strums its way in over some more synth. 2 minutes in, though, and I’m still waiting for this track to start. At about 3 and a half minutes it kinda starts, and we get some heavy guitars, and some more intense synth. This carries on for about a minute and a half before we are back to the start. Yeah, that was interesting, kind of, not really …

Surprise, surprise, the next track, Aware of Being Watched, starts with some synths. It then kicks in with some heavy guitar and drums, then backs off into some weird kind of tribal section. I’m really struggling to follow this band, it’s all over the place. Progged way the fuck out, but holy fuck, these guys can play their instruments.

Some more synth introduces Merkabah, and we hear some melodic vocals before things get tastily heavy. I’m not even gonna try and count what time signature this is in, it’s bloody crazy. It kinda pulls back into line a little for the verses, but it’s still as random as a piece of popcorn chicken in ya 24 nug pack. Am I even allowed to say “verse” when I’m talking about a progressive record, or is that too structured?

Next up is Consciousness Pt3, and I have no idea where Consciousness Pt 1 & 2 got to, but they sure as hell aren’t on this album. It’s piano and synth for the first minute, or two, then a little bit of drums and then some big heavy chords with full blast synth. 3 minutes in, and I’m not sure if I’m going to make the last 8 minutes of this track.

I’ll be honest here and let you all know that I’m yet to make it through a whole track on this album. Not because it’s bad, but it’s just so goddam hard to follow. It’s a bit like those last few Tool albums where they got a bit too wanky and progressive for their own good, and the sake of the song. If you can call them songs, that might be a bit too structured.

Three tracks to go, and they are all called Anabasis. That’s right, Anabasis Pt1, Pt2 and Pt3. Who’d have thunk it? At least they’ve shown us some kind of flowable structure. Pt1 starts with that annoying vinyl noise again. Pt2 just kicks straight into some heavy shred and Pt3 just gets a bit windy before a few random piano notes chime in.

As for the in between bits, Pt2 is the only real song, Pt1 & Pt3 are primarily just noise tracks, an intro and outro if you will. Oddly enough, Pt2 is probably my favourite track on this album, because, well, it actually sounds like some kind of structured song.

If you’re into whack ass prog, you’ll love the shit of this. On the other hand, if you’ve got the attention span of a 7-year-old with ADHD, you’ll probably subconsciously opt out after the first song, just like I did.

Anyway, this is a great bunch of musicians, and I’d love to hear something a little more basically structured from them. Not because I want them to go mainstream, but just so it can pack a little bit more constant rhythm and groove that this simple old metal head can bang his head to.

PrevPrevious.WARNING ODER: With Me…With You
Next.SLASH FT MYLES KENNEDY & THE CONSPIRATORS: 4Next