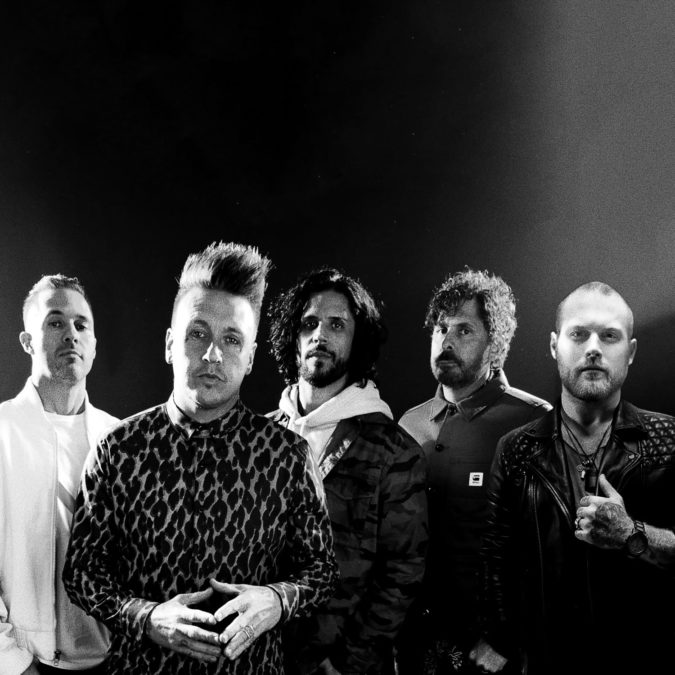 After celebrating a decade of music with greatest hits collection To Be Loved: The Best of Papa Roach in 2010, Papa Roach are about to enter an elite club with the release of another greatest hits package – this time celebrating their period with Better Noise Records from 2010 to 2019.

Greatest Hits Volume 2: The Better Noise Years will be out on March 19 and features 21 songs – 12 of which were top 10 hits. It also includes three unreleased remixes and two unreleased acoustic tunes recorded Live at the YouTube Studios in NYC.

Asking Alexandria frontman Danny Worsnop also lends his vocal prowess to the album, guesting on the track “Broken As Me”.

Guitarist Jerry Horton joined HEAVY to discuss the album earlier this week, beginning by answering the question of if he thinks the 21 songs assembled are a good reflection of the musical output of Papa Roach over the last 10 years.

“I think so, yeah,” he nodded. “Each one is kind of… each single kind of sums up the direction of each individual album. There’s not just singles on there but also some non-singles that are fan favourites which is pretty cool that we got to put some extra things on there for the fans who really love to dig into that kind of stuff”.

Although greatest hits albums are often frowned upon by the bands themselves who fall victim to corporate greed and contractual obligations by presenting them to the public, Horton admits the ability to even be in the position where you are capable of having enough hits to deliver in one package makes the band reflect somewhat on their obvious success.

“We’ve been incredibly fortunate,” he smiled. “Obviously we’ve worked our butts off but to have a career spanning 20 years we’re pretty lucky. It’s a special thing.”

In the full interview Jerry explains the process of remixing and remastering and why a band would choose to change the original version of the songs, the track “The Ending” which featured in the upcoming movie The Retaliators, having Danny Worsnop lay down vocals on the song “Broken As Me”, thoughts on having a different guest vocalist for each track and why they elected not to, the distinct parallels between the musical output over each ten year period, new music and more.

To celebrate the release of the compilation with fans, the band will host a special Livestream event on Saturday, March 20, at 8am NSW time on their social channels in addition to all of Better Noise Music’s channels.

The free event will include an in-conversation discussion hosted by Allison Hagendorf (Spotify’s Global Head of Rock Music).  The band will be joined by guests – Maria Brink (“In This Moment”), Jason Evigan (Producer & Songwriter “Born For Greatness”) and Michael Lombardi (Actor / Producer – The Retaliators).

Watch “Broken As Me” below: