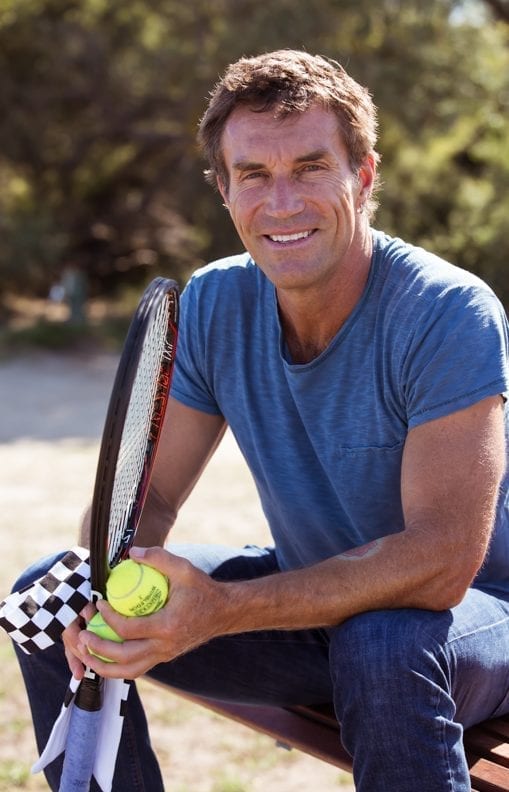 Pat Cash is an Australian sporting icon, having taken tennis in this country from a fledgeling sport full of underachievers to a national institution whereby our best can match it with that of the rest of the world.

Even in retirement, he remains an international legend, spending large portions of each year travelling overseas fulfilling media commitments and remaining involved with the game that propelled him to stardom.
What many people don’t know is Cash is also an avid music lover – with heavy metal being his racquet of choice.
Through mixing in music circles Cash has fulfilled his less public ambition of being accepted into the artistic world, playing with some of the legends of the industry and establishing friends and contacts that help enhance his love of all things metal.

One of those friendships is with Ugly Kid Joe frontman Whitfield Crane, who is, strangely enough, a musician who also loves tennis, and through this unlikely union, the initial steps were taken in bringing Crane’s latest musical vision Orchestra of Doom to Australian shores.
Orchestra of Doom is entirely Crane’s brainchild, featuring a 35 piece orchestra playing while he sings Black Sabbath and Ozzy Osbourne songs as well as a selection of his own hits. It is an ambitious production that has performed to sell-out crowds overseas but until recently was not even a consideration for audiences on this side of the world.

Enter Cash, a man with not only connections, but also a musical ear that is finely tuned to potential success, and suddenly what was once only whispered is now a looming reality.

Orchestra Of Doom will be making it’s way Down Under for two select shows in Melbourne and Sydney this December, with Cash admitting once he heard the first note of a videoed concert on Crane’s phone over lunch that he knew he HAD to share it with his countrymen.

“I think the power of it first attracted me”, he offered, “and also all of the instruments involved. “It’s amazing how well heavy metal actually translates to an orchestra and also how well it has been written. It takes skill of course to write the different parts but who would have thought that a Black Sabbath song would have horns in it or that xylophone would work? It’s absolutely spectacular and it brings out the music. We know the basics of the songs but the orchestra almost expands the music to be more than you remember. It kind of really blew my mind in how intricate the songs actually are. Black Sabbath do a lot of chord changes and timing changes and this and that so it’s actually perfect for this stuff. They were the orchestra of the heavy metal movement. This production really does fill the room up and it’s probably not something that you initially think would work but when you hear and see it you think wow, this music was meant for this”.

In the full interview Pat discusses what he is doing in retirement, his friendship with Whit Crane, the concept of Orchestra Of Doom and how it came together, how he got involved with bringing it to Australia, his experience playing in bands and releasing a charity single in 1991 featuring Roger Daltrey on vocals, what got him into music and more.