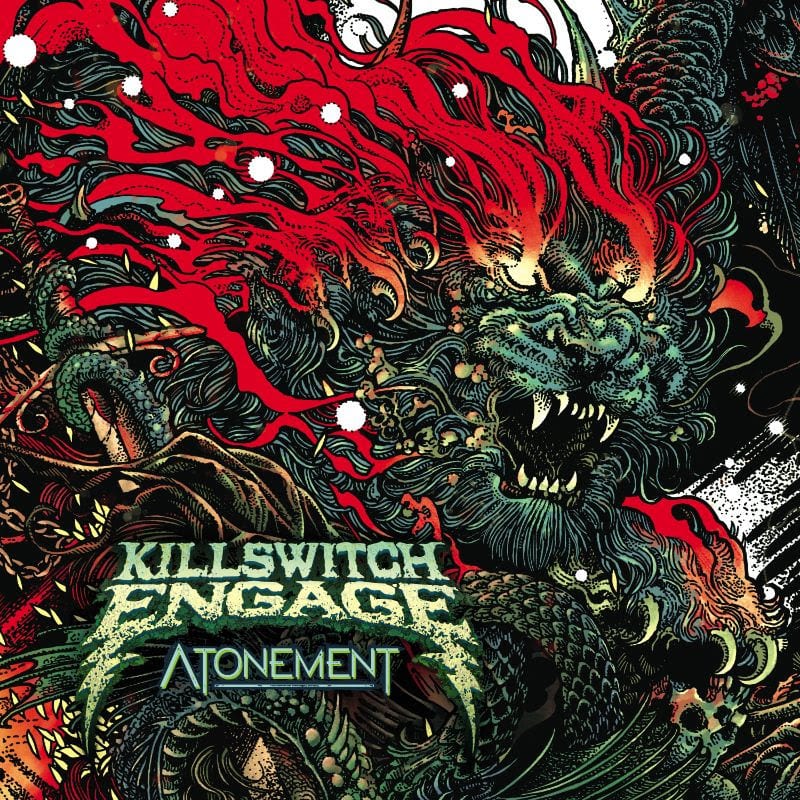 There is no doubt that Killswitch Engage’s brand new album is going to divide people as they take their first listen to it. If you are hardened Killswitch Engage fan, like I am, you will fall in love with it straight away. If you are a causal listener to the band you may wonder what the hell everybody is going on about. See on Atonement Killswitch don’t set about re-writing any book, nor do they look to change the genre… no this is an album of eleven pure old-school Killswitch tracks. But, hey when a band can create a classic back catalogue as good as Killswitch Engage has done then you can hardly complain about an album that is pretty eleven tracks where the band capture the classic sound that has made them so popular.

That being said this feels like an album where the band, especially Jesse Leach, lays there heart on the line with heartfelt lyrics that not only explore the messed up world that we currently live in but also sees Leach openly talk about personal issues such as mental health. Yes, Atonement features some of the most personal lyrics that the band have ever delivered before and that is one of the reasons why this album is so special.

Atonement also feels like an album where Killswitch wants to make a statement – they are back and are back with vengeance and some of their best work to date. The album kicks off with a roar from Jesse Leach that marks the beginning of something great. “Unleash me… welcome to the madness,” he declares in the opening track “Unleashed” and unleashed he certainly is. Leach’s vocals are on fire throughout the album and end up making the album anything but ‘just another Killswitch Engage’ album.’

The “Signal Fire” is the track that most hardcore Killswitch fans are eagerly awaiting. Here old meets new meets old as Leach joins forces with the band’s previous frontman Howard Jones with a track that delivers just the right amount of melody and brute force. Justin Foley also comes to the party by drumming up a storm.

The melodic side of Killswitch is also on show with “Us Against The World” a track that you can easily see becoming an anthem at their shows. This is very much an album though where Leach’s vocals stand head-and-shoulders above all though. With this track, his vocals are frighteningly good and when you group it together with “The Crownless King” and the fast-paced “Ravenous” it becomes very clear that Leach is one of the best vocalists going around in the heavy music scene right now.

The other thing that becomes obvious when taking a listen to Atonement is the band’s willingness to drift between styles with ease. “As Sure As The Sun Will Rise” and “Know Your Enemy” see the very familiar old-school Killswitch sound return while “I Am Broken To” has a unique catchiness to it despite being a deeply personal track with lyrics that will really speak to a lot of people out there.

The same can also be said for “Take Control” that features the lyrics “when fear and panic take hold you must take control.” When listening to the track it is very easy to imagine that those words will become very important to a lot of Killswitch Engage fans right around the world.

While nearly every track on the album is a stunner one of the best tracks on Atonement has to be the closer – “Bite The Hand That Feeds.” With drawn-out instrumentals and epic deep growls this is Killswitch at their absolute best and it is the perfect finale for an album that you feel will make many ‘Best Of’ lists of 2019.

With Atonement Killswitch Engage have delivered an album that their fans will quickly lap up while showing the rest of the heavy music fraternity that this is a band that only gets better with age. Killswitch is back at their best, baby, you better believe it.