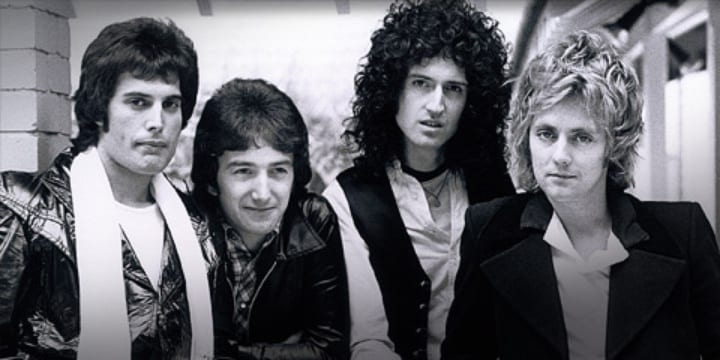 Metallica, Iron Maiden, Black Sabbath – to name but a few of metal’s biggest inspirations. However, there have been a handful of bands that have made a massive impact on the genre way before metal was actually conceived as a musical category in itself. Metal has quite an escritoire full of artists that have made a bigger impact on our beloved favourite genre than many may realise. So, for this list, we’ve decided to go back a long way and see some of the acts that were responsible for influencing some of heavy music’s biggest names.

The Beatles
The ‘Fab Four’ were one of the first and most eminent groups to ever ignore trends and create whatever the hell they wanted to make. This resulted in The Beatles becoming one of significant and prominent bands of the 20th century. Eventually, more and more bands took the same approach as they did in a non-contrived sense, which led to every other act, past and present to produce their own tunes. Their impact on heavy music has been enormous. Even Ozzy has consistently stated that they are his greatest musical influence.

Buddy Rich
Think of some of the most complex drummers we have in metal today – Danny Carey, Tomas Haake, Brann Dailor and Mike Portnoy as just a few examples. Now when you look at Buddy Rich, you’ll find their styles to be quite similar. Whilst jazz was his thing, the great Buddy had a massive impact on the techniques and attitude that goes into thrash and prog drumming, as his style was a skill that was at the time, both obscure and fascinating.

Depeche Mode
There’s no denying that even an electronic/synthpop ensemble as great as Depeche Mode have had a surprising level of impact on many heavy music artists today. Fact of the matter is, Depeche Mode have been covered almost as much as The Beatles, Black Sabbath and any other band you can think of. Lacuna Coil, Rammstein, Dillinger Escape Plan, Deftones, Ghost, Converge, Marilyn Manson and countless others have not only covered a few of Depeche Mode’s classics, but they have also found inspiration from the seminal 80s synthpop trio.

Dick Dale
Thrash metal’s origins on the guitar go all the way back to sixties surf rock, and Dick Dale is the one you have to thank if you love Testament, Overkill, Slayer and every other group that fit into this style. Surf rock anthem Misirlou is one prime example of Dale’s work that has shaped electric guitar playing in a massive way since its release back in the early 60s. If it doesn’t sound all that convincing to you, then if you were to listen to a thrash track without distortion, it would basically sound like Dick Dale played with Exodus in a clean tone.

It’s an absolute crime to say that Hendrix wasn’t a legend. Flipping the Fender Stratocaster upside down, putting acid tabs in his bandana and ripping out the most significant and important pieces in rock n roll, the icon of Woodstock and pioneer of psychedelic melodies including Purple Haze, Spanish Castle Magic and Foxy Lady, there’s been no other musician that’s ever come close to being as original or as furious on the frets as the man we all know as Jimi Hendrix.

Not only was he an influence, he was also influenced by the ones that loved him as well. The ‘man in black’ known as Johnny Cash was a character of many varieties that ranged from country to Americana to gospel to southern gothic. Covered by the likes of Soundgarden, Nine Inch Nails and David Bowie, Cash’s dark, brooding and honest classics have helped influence more artists be authentic and sincere with their own music and personality.

Fronted by who many would call, the greatest rock singer of all time, the list of bands that Queen have inspired would be as long as The Great Wall of China. Also having done some of the most memorable songs in history such as Bohemian Rhapsody, Another One Bites the Dust, Killer Queen and We Will Rock You, Queen’s impact on heavy music, and music overall, has been truly profound. From Mercury’s five octave vocal range to May’s diverse approach on his homemade six string that is played with coins rather than an actual plectrum, Queen’s music is legendary.

If any rap artists deserve a mention in this list, especially seeing as they possess one of the most political voices in music history, it’s Public Enemy. Before Rage Against the Machine or System of a Down were formed (with the members recently joining forces with Chuck D), it was Public Enemy’s role as the lyrically heavy-spoken voices of protest against xenophobia and racism, war, and many other such issues that affect humanity as a whole. Having done a song with Anthrax (the frenetic and groundbreaking Bring the Noise), and even Dillinger Escape Plan turning their classic Fight The Power into a frenzy of frantic mathcore with Chuck D involved in the cover, it’s no doubt that Public Enemy are the most respected hip-hop group the metal world.

Robert Johnson
If it wasn’t for this man, metal and rock music would not exist. If you’ve done your history lessons, you’d find that a long time rumour surrounding Robert Johnson involved him selling his soul to the devil on the crossroads, where the devil showed him the blues. His haunting recordings from Me and the Devil Blues to Hell Hound on my Trail have been some of the most unsettling tracks in the blues, and the great chic behind his performance on his acoustic is really something to behold. If the rumours of him trading his soul to Satan for fame and playing the renowned delta genre is true, then damn, no wonder rock n roll has been called the devil’s music!

Screamin’ Jay Hawkins
While Alice Cooper, Arthur Brown and Marilyn Manson have been among the most iconic symbols in the realms of ‘shock rock’, Screamin’ Jay Hawkins is the one to thank for the corpsepaint and all the controversial stage shows we have today. Mostly recognised for his petrifying, operatic baritone vocals and his macabre, voodoo stage settings, Hawkins became one of the most peculiar and frightening images of the 50s. He would later have a crucial effect on Arthur Brown, KISS, David Bowie and myriad others, becoming shock rock’s focal ancestor.