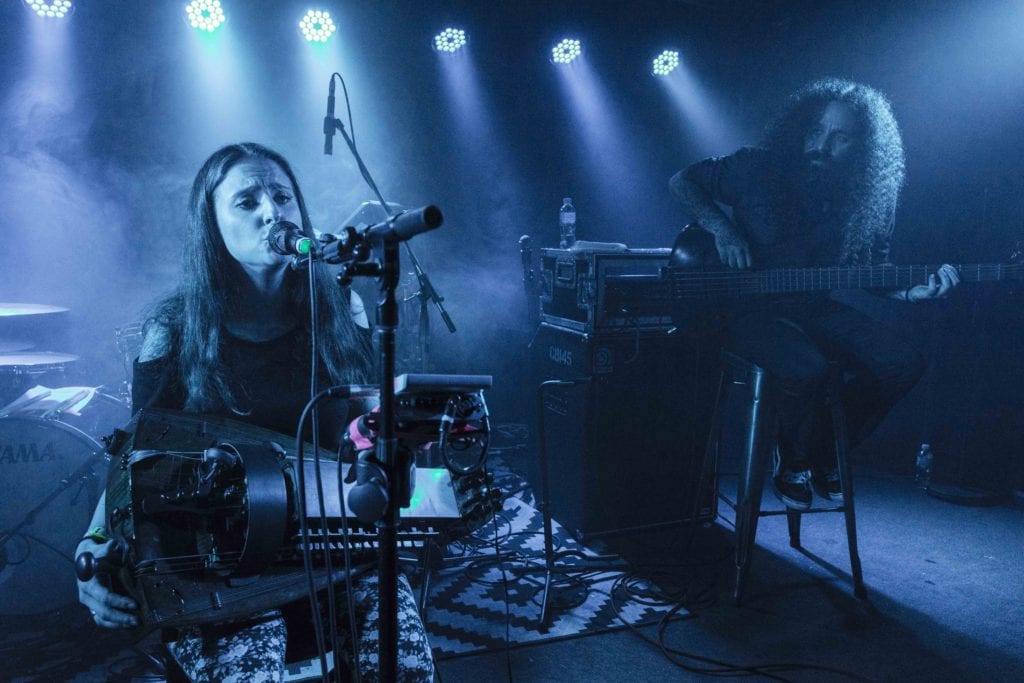 It seems there was much ado about the erstwhile vocalist and multi-instrumentalist Anna Murphy, of Eluveitie fame, on Saturday and if the atmosphere of the, relatively sedate, affair was anything to go by ‘anticipation’ was the order of the night.

Stormtide’s, melding brand of raucous, darkness-tinged, folksy, and not to mention ballsy, approach and tone with a distinct, vivacious energy that leapt from the stage, Stormtide didn’t get the crowd warmed up, it started a damn bonfire.

Fully deserving of their place on their place on the bill, with songs that have the potential to fire up a crowd and presentation that, though you wouldn’t exactly call it professional, held your attention with its prowess and, daresay, defiant undertow, Stormtide are a band I am looking forward to hearing and seeing more of.

Then came the main event, the moment of truth for the doubtless few overheard on the outskirts of the crowd whether Murphy could hold a show of her own without the weight of Eluveitie behind her. From the moment the lights went down there was a calm, and a pleasantly tense air in the venue as the crowd’s roars were stifled to but a few murmurs and their already gathered attention becoming rapt and expectant; little did these naysayers (thankfully in short supply) know that Anna Murphy, already a seasoned veteran of the metal, could not only could put on a show, she could simultaneously break your heart and kick your arse.

Lights up. Showtime; and from the very first note you could tell that this was going to be something special. Though, between songs, Anna Murphy gave the impression of being a simple, if not awkward, self-aware girl with a wonderful singing voice, when it came to the songs she became not unlike a Celtic Valkyrie, her tone with the feel of Andraste and her presence as Erecura. It’s not every performance that gets me recalling my Welsh/Celtic lore, but Murphy’s nothing short of inspiring recital certainly could.

The banter between members, featuring fellow Eluveitie alums Merlin Sutter and Ivo Henzi (and the appearance of bassist Rafi Kirder made for a pleasant addition), was loose, friendly and inviting; the kind of interplay you would expect between friends and respectful musicians, but again Anna stood out from the group (as you might expect) with her genuine, absolutely charming personality, and quite a witty sense of humour.

The performance itself was totally engrossing, with the band creating a strong groove with a lot of weight and swing to it and each of them looking like they were having the time of their lives with a frontwoman who is nothing short of a natural under the lights.

With the set peppered with some expertly played Eluveitie tunes, which Murphy either wrote or had a hand in writing, it was Anna Murphy’s solo material that stood out. There were many light, but punchy, tracks that were played with such fervor and polish that you could not help but be in awe of both the performance and presentation. Though the show many not have been billed as Cellar Darling, which might seem like something of a disservice to the act, it was, well and truly, Anna Murphy’s night.

She took Melbourne by the hand, led it into a dance and left it exhausted and smiling. It was a night of woeful lows but astonishing highs, and not one that will be forgotten in any short order. Come back soon, Anna!