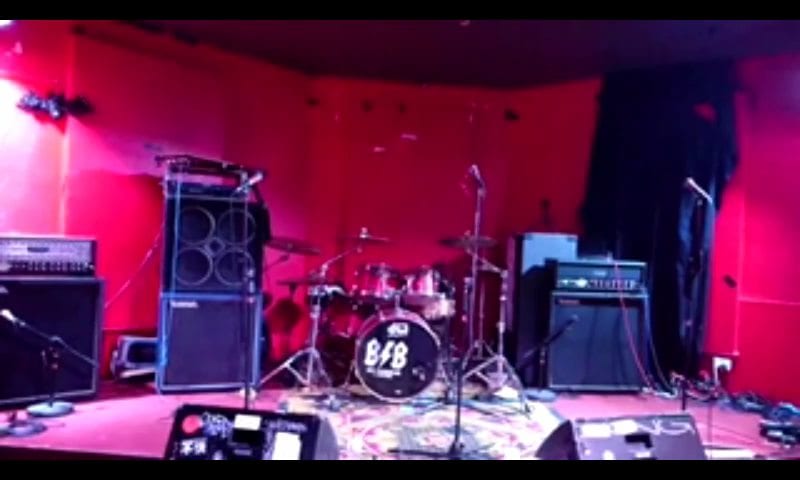 New Music From THE GARGOMALS

What follows is quite definitely one of the more challenging and interesting interview assignments I have ever attempted.

It started with a facebook message asking me to review an album from a band I have heard mentioned before but had never taken the time to pursue. It is a band, it seems, that is as mysterious as they are reliable, and one which I’m not sure I would accept a request from again.
The band in question is The Gargomals, with their second release The Gargomals Live In Melbourne 2019.

Before I listened to the album I had to sign a confidentiality clause (I know it seems extreme for a relatively unknown band from Melbourne but to be honest it made the task all the more interesting). This clause forbade me from actually reviewing the contents of the album in song form, with an iron tight contract that stipulated I could give a general overview only. In accordance with that, I can only say the album is one of the most astonishingly surprising and ambitious projects these ears have ever been privy to and such was my need for answers to the many questions it raised that I decided to attempt to hunt down this unknown sender and politely ask him What The Actual Fuck?

After having my messages bounce back at me repeatedly, and admittingly starting to get pissed off by the whole ordeal, I sat down to do a bit of research on The Gargomals and found they had played at a few festivals in the past – for some reason without featuring in the reviews – and there was one band name that seemed to feature in everything The Gargomals had ever been involved in. That band was a Melbourne underground punk/rock/glam/metal/shock band called Brothel so I sent them a message which was answered by their vocalist OneManGangBang. Not sounding like the sort of person I wanted at my dinner table, I pressed him for more information on The Gargomals and he reluctantly set up a face to face interview with their vocalist – who for some reason refused to divulge his name or personal details. OneManGangBang told me said nameless vocalist would be in Brisbane the following week to promote the new album and he would be willing to meet me for an interview on the condition it had to be at an establishment that sold beer.

We settled on The Newmarket Hotel and I arrived early just to settle any nerves and downed a few schooners in preparation for what I was sure was going to be an intriguing one on one chat.
An hour after the scheduled time there was no sign of anyone resembling a musician and I contacted OneManGangBang who told me to sit tight as the unknown vocalist had a reputation for being late so I downed another couple of schooners, getting a little more pissed off and angry with each sip. By the time I finished that another hour had gone by and OneManGangBang had stopped answering me so I took one more look around the bar before leaving.

To this day I have heard nothing from the singer or any other member of The Gargomals and to be honest, if they ever contact me for anything again I’m likely to tell them in no uncertain terms to kris my ass.

I am only writing this up out of respect for OneManGangBang who has since redeemed the mistakes made by his friend.

As for the album, the only thing I can say without fear of litigation is if you have seen their live show then you know exactly what you are going to get from Live In Melbourne, and on the off chance you ever see them live yourself tell the singer I am looking for him.

He owes me four beers.

PrevPrevious.16 Gigs You Don’t Want to Miss in Early 2020
Next.OCEANS – ‘The Sun And The Cold’Next