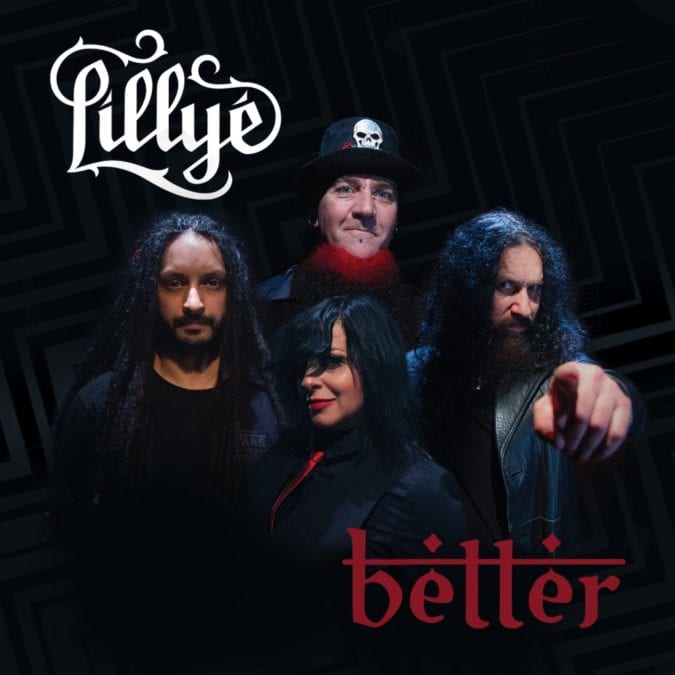 The nearly 30-year-old song became part of Aussie Rock’s DNA from the moment that iconic drum fill kicked in. It peaked at number 4 on the Aria Charts, was quickly certified Gold and the Jets have been a household name ever since.

To celebrate its’ achievement, Lillye wanted to pay tribute to the song that has become an Australian rock anthem. Bringing their own character to the song with its brooding versus and darker feel, the band have brought new light to it. Jets bassist, Paul Woseen gave it a big tick of approval when it was played to him too, stating that “It’s fucking great… I love how the guys have really made it their own”

“After all the hardship that Australia has had since the end of last year, we wanted to cover a classic Aussie rock tune to lift spirits and take people back to the days when pub rock was alive and kicking, “ says lead singer, Virginia Lillye.

The track was recorded at bass player Christian Lauria’s home studio, Machine Men Studios. Christian loves nothing more than a simplistic bass line which, he believes, in turn, is the pulse and main drive to a song. “I was drawn to this iconic song because of this. To me it resembles the resilient nature of our country.. keeps our pulses pumping”.

This is the first release from Lillye that welcomes new member to the band, Stef Billimoria. “’Better” was the first song I heard by the Screaming Jets. That iconic drum intro and rhythm set the feel and intensity of the song that still holds up today”. With the drums being laid down at Hill Valley Studios in the Blue Mountains, Stef recalls the fun he had laying down his parts and keeping in the classic cymbal “ting” in the middle of the song was a must. “I wanted to pay homage to the original by keeping this in. It’s a small detail with much weight”

Lillye have been in the studio finishing off tunes for their next album due out later in the year. They can’t wait for things to improve in the world so they can get out there and do what they love most… playing live. Adding such a classic Aussie rock tune to their repertoire, they hope to bring rock ‘n’ roll back to the masses throughout these hard times.