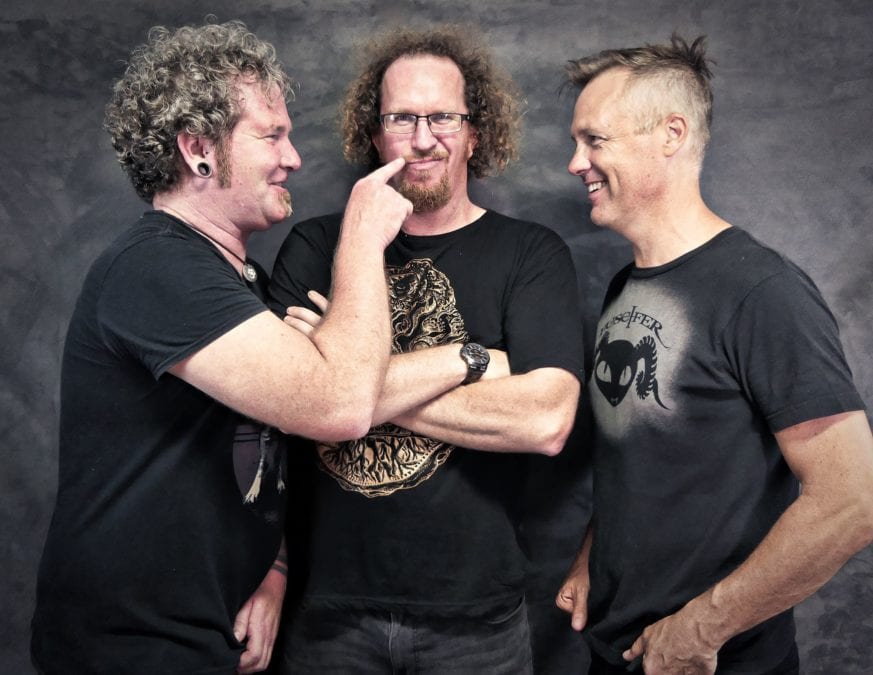 Kobrakai‘s new song “Planets” was recorded and mixed by Nik Carpenter at Core Studios in October 2019 and mastered by Paul Blakey of 12th and Vine Post. Nik’s talents enabled the band to head down a sludgier path than what they had previously done. The riffs were inspired by listening to a lot of Mastodon, some Tool, a bit of Kyuss and (as always) Alice in Chains.

Both the song and the accompanying video are based around astral travel, to another place and time. Fuzz (Phyl, bass) wrote the following about the song.

“Imagine having a chance to reset the course – to learn from the past in an attempt to avoid the repeat of history. Imagine being able to achieve this on a planetary scale – a collective desire to start again. A hive mind. Defy any limitations. Maybe even crash land on Mars… ”

The song is the first of four singles to be released in 2020 which will ultimately form part of an as yet untitled EP.

Kobrakai are a desert rock/ heavy grunge band from the Gold Coast. Initially formed as a recording project by founding members Kobra Fuzz (Phyl Skuthorpe, bass/vocals) and Cloudy (Neil McLeod, vocals/guitar), the duo released their debut album Snuffbox in 2014. There has a been a changing of the guard on drums with the addition of Loco (Adrian Sechtig) in 2018.

Kobrakai’s 2015 sophomore release Zodiac has met with acclaim and led to the band becoming a staple of the Gold Coast rock scene, impressing crowds with their tight live show and fat & fuzzy sound.

A debut film clip to the track “Spaceage” was released in 2017, and the band spent the remainder of the year gigging in Northern NSW, Gold Coast, Brisbane and Sunshine Coast regions. An EP Parallax was also released, having been recorded at Byron Bay’s SAE Studios with final mixing and mastering taking place at D4 Recording Studio in Beaudesert.

The track “Big Evil” was released along with an animated lyric video in early 2018 and provided a taste of the forthcoming material on album Kobrakai III which arrived in late 2018.

This album release was a momentum shift for the band gaining the support slot for American crossover behemoths (HED) PE and local legends, Butterfingers‘ national tour in March 2019.

Nominated as Finalists in the 2019 Gold Coast Music Awards for People’s Choice and Music Video of the Year for “Big Evil”, the momentum continues as the search for big touring supports and local headline shows take place.

Loco joined the band on drums in early 2019 and “Planets” is the first song to feature his thunder.