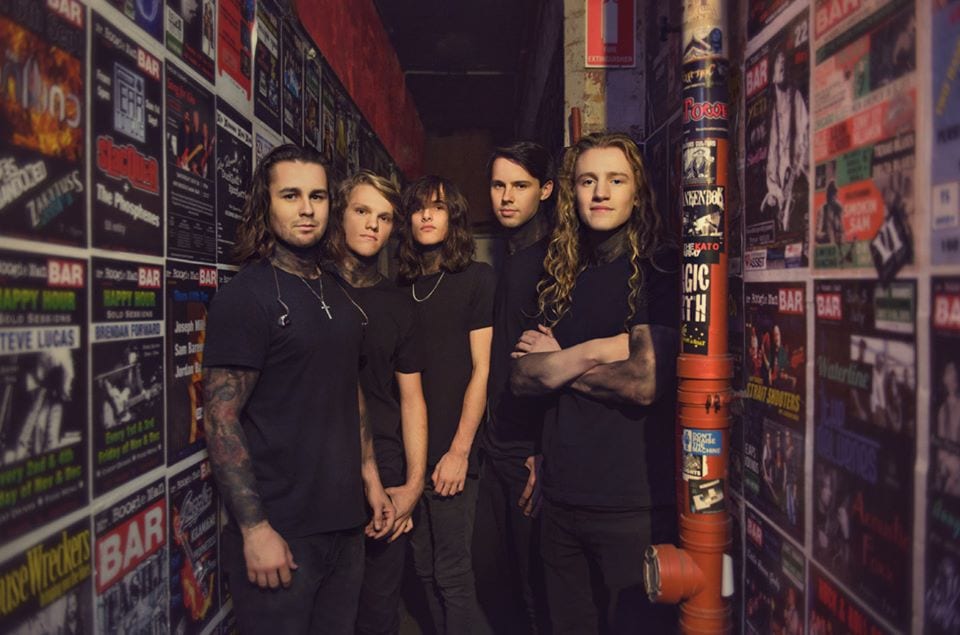 Ironstone is a five-piece progressive metal band from Melbourne, Australia. Bursting onto the scene in 2018 they rapidly earned a reputation for their slick, energetic live show and infectious songs. Influenced by a range of metal genres, their music features the duality of clean and distorted vocals, djent driven riffs and breakdowns, atmospheric layers and epic solos. The result is a contemporary metal sound that is sophisticated, melodic and hard-hitting.

The band is comprised of Dan Charlton on lead vocals, Edward Warren on lead guitar, Perry Warren on bass guitar, Aidan Kalms on guitar & keys and Jackson Whyte on drums. Lead singer and front man, Dan Charlton, is a very recent addition and has injected fresh life into the band, allowing them to head in a more progressive direction.

Ironstone’s new single “Bound” pulses and transitions between heavily down-tuned guitars, subtle electronic elements and a brutal breakdown that leads into a soaring guitar solo. All of this is tied together with an uplifting, melodic chorus that sings of fighting back after being lead astray.

The lyrics describe a scenario of being swept away by someone else’s agenda, and the realisation that not everyone has your best interests at heart. It’s about having the courage to break free from a relationship that seems to always favour the other person, and that sometimes you have to fight for control and independence.

The video for “Bound” features black and white studio footage with heavy shadows, representing the darker side of relationships and reminding us that not everything is always as it appears in the light. The video also features a theme of rope, an obvious metaphor for being restricted, and a contemporary dancer who signifies the joy of breaking free.

Mixed and mastered by Chris Lalic.
Video filmed and edited by Annie Warren.