Music To The Rescue With SKININC 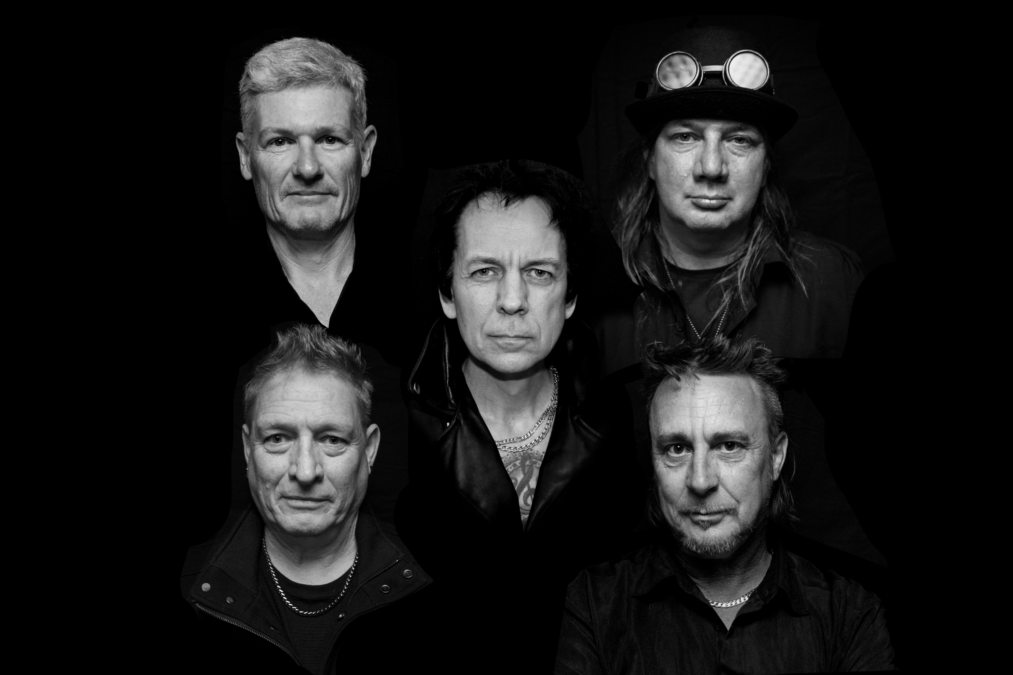 After a two-decade hiatus rock outfit SkinInc announced their arrival back into the world of music with the single Life’s A Bitch earlier this year.

It showed that the band had lost none of their musical prowess during their time apart, with the biggest difference being the relocation from Perth to Melbourne of frontman Paul Miles.

SkinInc will be releasing their follow-up single It Saved My Soul in a worldwide exclusive premiere through HEAVY on March 17 at 5pm AEST, with Miles joining HEAVY to discuss the track in greater detail.

“We had a long break for 20 years and recently came back, and we released our first single called Life’s A Bitch,” he began. “I guess the lyrical content of that song was around how life knocks you down. Shit happens all the time. The second song It Saved My Soul is about being in a dark place and going through hard times in life and turning to music as your salvation, or the antidote for pulling you out of those dark times. I was kind of reflecting on my life and whenever I have been going through stuff that is pretty heavy and dark I found I always turn to music to help lift me out of that mood and get me into a better place. Over recent years with the pandemic, we’ve all been going through some rough times and having more time on our hands to think introspectively about life. I had a marriage break up just before COVID hit, and we went into lockdown, so I had a bit of a head start on all the shit fuckery of the whole situation. This song is really about music helping me through those dark times and being my salvation in many ways.”

It Saved My Soul is a hard-rocking number that emphatically announces the fact that SkinInc have come back stronger than ever, but Miles also points out that it is the eclectic nature of the band and their musical tastes that is the cornerstone of much of their material.

“It’s really interesting,” he measured. “I ask a lot of people, what do you think this song sounds like or what do you think SkinInc sounds like? Name some other artists. And we get a wide range of different styles. Everything from LA Guns to Hanoi Rocks to Monster Magnet, a real broad range. And when you look at all the guys in the band, Corey our rhythm guitarist has always liked the industrial edge stuff. Bands like Orgy and Marilyn Manson. Our lead guitarist Steve D is a big Ozzy Osbourne fan, particularly Zakk Wylde’s style of guitar playing with the little pick squeals and stuff like that. He likes a whole heap of modern rock as well. Our drummer Matt Franklin plays in an AC/DC tribute band in Perth, so he loves that four on the floor driving rhythm and our newest member Johnno on bass loves Prince. We tease him about that a bit (laughs). So there’s a real broad range of influences and styles. Everything from punk to rock and roll, hard rock, classic rock, glam rock, all different flavours through to heavy metal and I think that comes through and makes SkinInc unique. This song has got a bit of those elements through it all, and there’s a middle section where I talk about the antidote to saving your soul is playing records. A rock and roll record, a heavy metal record, a punk record, etc. I think it’s a really good summation of us as a band and our influences. I think people will hear little bits of all different artists when they listen to it.”

In the full interview, Paul talks about more upcoming music, how SkinInc has changed musically in their time apart, future plans and more.

PrevPrevious.Busting Out With LIAM CORMIER Of CANCER BATS
Next.THE HARD-ONS Kick Off TourNext