Busting Out With LIAM CORMIER Of CANCER BATS 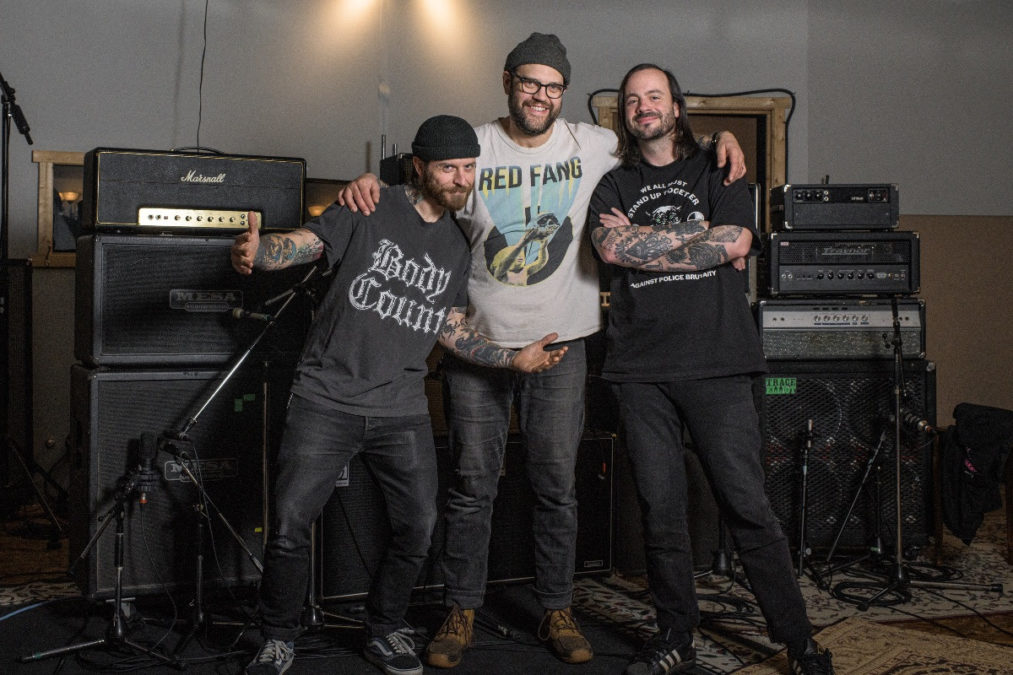 Canadian hardcore/punk/metal outfit Cancer Bats are a force unto themselves.

Creating a sound that is dripping with aggression but still has enough comforting elements to attract people usually repelled by the genre, Cancer Bats have seen their popularity grow with each album since their debut Birthing The Giant in 2006.

Not even the departure of founding member and guitarist Scott Middleton could halt the Bat train, with the remaining three members Liam Cormier (lead vocalist), Jaye Schwarzer (bass and guitar) and Mike Peters (drums) pushing on with the process of their upcoming album Psychic Jailbreak as a three-piece with Jaye taking over guitar duties for most of the album.

Following the critical and commercial success of their last album The Spark That Moves in 2018, Cancer Bats have once again upped the ante on Psychic Jailbreak, delivering an infectiously powerful collection of songs that traverses genres with consummate ease and combines the sounds into an irresistible musical behemoth that looks set to further the bands upward trajectory.

Cormier was in a playful mood when HEAVY caught up with him earlier this week.

“Our basic idea with this was just to crank up all the vibes that we love about being in Cancer Bats,” he offered. “I think for Jaye, Mike and I having a little bit of time off, having a couple of years to sit and think on what we really love about the band and what we wanna play and hear and be part of…For us, it was like okay, these are my favourite parts of what we do as a band. Really rad stoner stuff, really thrashy songs, a song like The Hook that’s a total weird and crusty… I love that we can have all these vibes. For us, it was fun writing and throwing around these ideas about what gets us psyched to even make music still.”

To date, the band has released two singles, the title track and Lonely Bong, both of which Cormier agrees are a good sonic representation of the album as a whole.

“Yeah, I think sonically those two…,” he measured. “It’s never a bad idea to kick things off with the heavy track (laughs). It’s like (puts on voice) Well, it’s gonna be heavy! For me, it was a toss-up. Either Lonely Bong or Psychic Jailbreak. I always think of what songs are you most excited to play people when they get in your car? What’s the jam off the record where when someone goes ‘have you got the new Cancer Bats?’ And you’re like, dude, check out Psychic Jailbreak, this song is gonna blow your mind.’ I feel like those jams to kick things off are a good representation of where we’re headed. There’s also some slower, real stoner Sabbathy vibes going on. We have one that’s a duet with our friend Brooklyn. She sings the whole song with me in a total stoner, sludge Fleetwood Mac kind of version of a song, which I’m really stoked on. I think there’s some classic Cancer Bats elements, but there’s also some cool evolutionary surprises.”

In the full interview, Liam talks more about the album, runs us through the film clips of both singles and the fun they had making them, new guitarist Stephen Harrison and his role in the band moving forward, dealing with public expectation when writing for the new record, their YouTube video You’ll Never Break Us: Live from last December, future plans and more.