MOTOR SISTER: Get Off 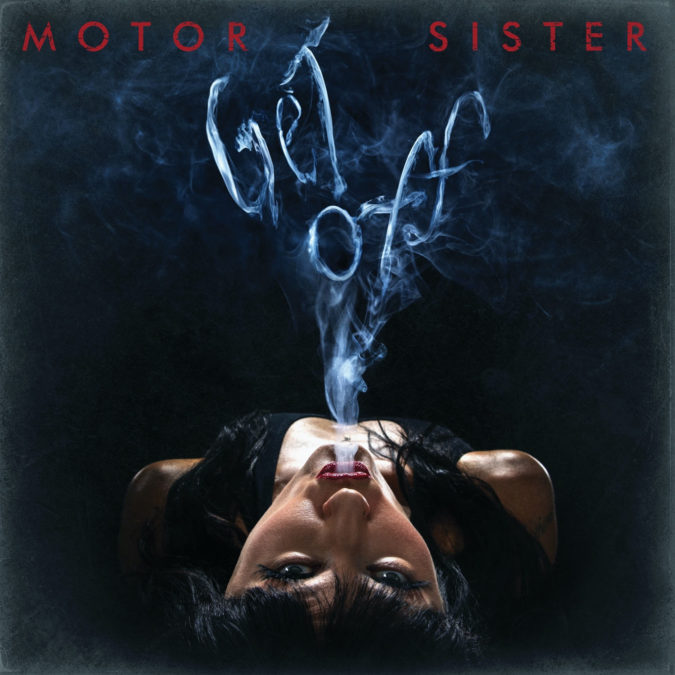 Motor Sister are possibly one of the major so-called supergroups that have somehow slipped under the global radar.

Led by vocalist/guitarist Jim Wilson (Mother Superior), with the guitar royalty of Scott Ian (Anthrax), the majestic bass playing of Joey Vera (Armoured Saint), the drumming prowess of John Tempesta (White Zombie, The Cult) and the rugged vocal beauty of Pearl Aday (Pearl), Motor Sister will release their new album Get Off on May 6.

The band were originally formed as a Mother Superior covers band made up of die-hard fans and played songs for the sheer love and enjoyment rather than a possible future as a touring band.

They put out their first album Ride in 2015, which was a live-in-the-studio selection of Mother Superior songs from their back catalogue recorded more out of mutual respect than commercial gain.

Now, six years later, Motor Sister return with an album of their own material and the opportunity to create their own slice of musical history with Get Off.

Album opener Can’t Get High Enough bursts out of the blocks, the frenetic twin guitar play of Scott Ian and Jim Wilson setting the tone early and warning us we are in for a musical feast!

This is old school rock hijacked by a harder and more intense vibe that rocks much more than it rolls.

I am an unashamed fan of old school metal and Motor Sister have that much of it running through their veins it makes me feel young again.

The guitars go to war half way through and push back and forth in an unseen arm wrestle that is declared a stalemate when the vocals slip in through the open door and power the track to its destructive finale.

I’m already exhausted by the time Coming For You swirls to life, but fucked if I am going to let the threat of an imminent heart attack slow me down.

Coming For You sounds exactly as the title suggests, and had me looking over my shoulder at times to make sure whoever was coming wasn’t close to catching up.

Joey Vera on bass does as all good bass players should, but he doesn’t just sit back and provide the calming influence most bands require, instead thrashing about his instrument with all the grace of a rampaging lion.

Right There, Just Like That is introduced by one of the band members loudly proclaiming “the world’s going to fucken hell, and we’re making rock and roll!”

And that just about sums up everything I have heard so far. I haven’t heard anything in recent memory that has affected me sonically like Get Off has, and it’s only just started the third song!

This track is another slab of meatiness, coming in at a fast pace and increasing in ferocity at regular intervals.

One thing that strikes me so far is Motor Sister seem to genuinely be having fun on this album.

Nothing sounds forced and the casual nature of musicianship is compounded by the seeming effortlessness that goes into bringing the songs to life.

Actually, I challenge you to get this far in and disagree…

Sooner Or Later comes in more like a 250CC Honda compared to the start of the album.

It is noticeably slower, yet not slow enough to be a ballad if that makes sense.

Most bands would consider this amongst the staple meat and potatoes part of any album release and be happy if things meandered along at a similar pace.

It sounds like a cross between Thin Lizzy and Bruce Springsteen if such a union were allowed.

It has depth and sincerity that bubble below the surface that is still dominated by guitars and drums that seem intent on breaking loose into a much heavier version of themselves at the very first opportunity.

Excuse Me, Your Life Is Exposed breathes fire early with a drum fuelled intro over scratchy sounding guitars. Sounds like it should be weird – and it is – but in a good way.

This song picks the tempo up once more, Motor Sister settling back into their hard rock groove with more than a hint of swagger.

Fucked if I know which of the two guitarists are playing any given lick or solo, but one thing I can say for certain is they have never sounded so good!

If I were to name a place where I think this music would best go down live I would have to defer to the old biker bar from the movie Roadhouse that has bands playing within a caged off area to separate them from the violent response of the punters elicited by the music.

And who doesn’t like a night out at a good, old fashion dirty rock and biker bar?

Lion’s Den is counted in to the beat of four and subconsciously snaps your neck in a frenetic attempt to continue the recurring beat.

Just as things seem to be turning against the health and safety of my neck and shoulders, Motor Sister pull things back – only a touch and very subtly – to allow my neck breathing space as my feet spring to attention to continue the pace.

If music is meant to invoke such sudden outbursts of self harm then Motor Sister are already top of the class in my books.

1,000,000 Miles sounds like too far of a walk for my delicate and under-exercised body, so thankfully I get to take the passenger seat as the band once more start at precisely that tempo before regressing slightly and finding their hard rock groove once more.

This is much more of a pub rock song, while still maintaining the underlying menace that separates Get Off from most other offerings these days.

The musicianship wouldn’t be out of place in a thrash, speed, or hardcore metal band but is elevated greatly by the accessible and rock drenched vocals that define the music.

Pain caresses to life on the back of a nice acoustic guitar lick that sounds a little like John Lennon on Angel Dust.

This is obviously the album ballad, but rather than have me reaching for the skip button as I would do probably 99% of the time, it actually draws me deeper in to the experience not only providing temporary respite from the full-frontal assault I have been subjected to for the last hour or so but also allowing my aching neck muscles the opportunity to regenerate a little.

Pain is a great track, still more rock than a ballad, and showcases another side of Motor Sister that I have a strong feeling will be explored further on future releases.

Bulletproof sounds interesting, and probably would be if someone were foolish enough to fire shots in its direction.

This is another track more in the old school rock mould that is dominated by stunning guitar work and a driving rhythm that almost dares you not to move your hips.

Bruise It Or Lose It has an almost AC/DC like swagger as it glides from the speakers.

It is an instant toe-tapper and quite possibly my pick of the album even though I am sure that opinion will vary every time I listen.

Motor Sister’s songs seem eerily familiar in the sense that it feels like I have already rocked out to their tunes on countless occasions in venues around the world.

Which, considering Get Off is the first album comprising of original material, is highly unlikely.

The music is familiar but still welcomely fresh which is all too rare in the modern age of music.

There’s only two songs to go, and already I know I will let Get Off wind itself back to track one and start anew as soon as these last two songs are done and dusted.

Which is quite appropriate considering the second last song is called Time’s Up.

Again, this song slaps me in the face with an unexpected sound that has its roots more in an old time rock and roll track, as danced to in Happy Days.

It is almost rockabilly in its groove and is another sonic surprise packet that only serves to strengthen the overall quality of the album.

A nice guitar solo drags Ian and Wilson back into the limelight which they both enjoy only sparingly before retreating into the background to join in what is a team effort musically.

Despite the calibre of each musician, none ever dares to overpower the other and get their ten seconds of glory, and this is perhaps the main strength of Get Off.

The band plays together throughout while still having ample opportunity to stamp their own individuality on proceedings. The solos are electrifying and flashy for as long as they need to be and, again, that is an all too rare occurrence in modern music where it seems many musicians take more than enough airtime in justifying their position in the band.

Rolling Boy Blues starts more like Jive Bunny before the obviously blues tuned guitar roll into the forefront, instantly setting a wild pace that only gets wilder as the song progresses.

I can hardly keep up with timing in my feet so it fucks me how the band managed to continually increase momentum on their instruments.

But they do, flawlessly, and it seems Motor Sister are aiming to leave us on a massive musical high rather than fade into the distance with a more accessible and safe final number.

It might sound like I am harping on a bit here but already Get Off is my overwhelming standout choice for album of the year.

And it would take something pretty fucken special to overtake it.