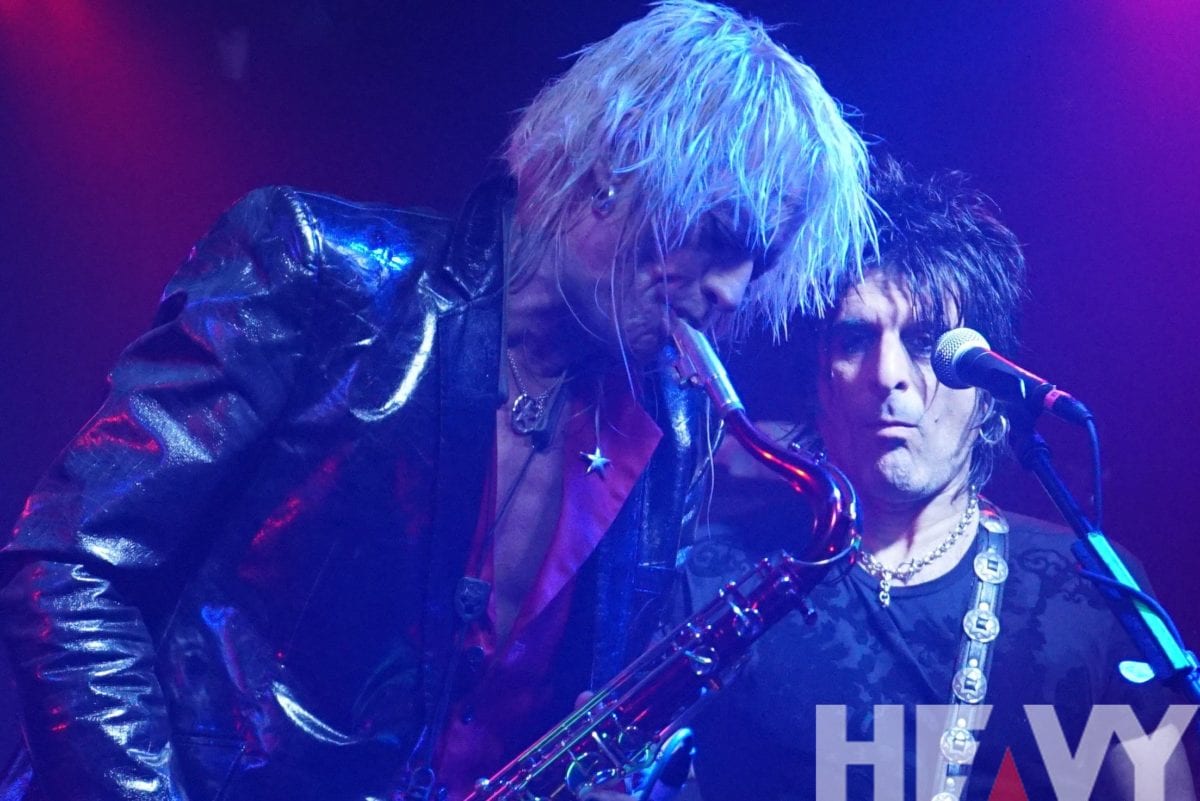 Iconic, influential and legendary are words that can be used to describe Michael Monroe, the former singer of Axl Rose’s favourite band (and mine) Hanoi Rocks, and now celebrating his 30th year as a solo artist! Over in the UK as part of his 30th Anniversary tour, Michael and his band exploded onto the stage at Rebellion Bar in Manchester and tore the place apart with their brand of infectious rock ‘n’ roll.

Kicking off with ‘Nothing’s Alright’ by Demolition 23, the band Michael formed in 1993 alongside his long-time friend and current bass player Sami Yaffa, the crowd of mainly regulars from the now demolished but fondly remembered Manchester rock clubs The Banshee, Jilly’s and Rockworld, didn’t need a second invitation to throw themselves into the euphoria offered to them from the five guys on stage.

Before Michael spoke a single word to the 600 capacity crowd, the band tore through 5 or 6 modern classics (from his three most recent albums ‘Sensory Overdrive’, ‘Horns & Halos’ and ‘Blackout States’) including ‘78’, ‘Trick of the Wrist’ and ‘Going Down With The Ship’ along with the sublime ‘Not Fakin It’, the title track from Michael’s 1989 album. Over the years Hanoi Rocks and MM have had a knack of covering songs and making them their own, Nazareth’s ‘Not Fakin It’ being one of them.

MM has said many times that the latest incarnation of Michael Monroe isn’t a solo project, it’s a band. A band that remind me in so many ways of Hanoi Rocks in their heyday. Apart from the coolest bass player in rock, Sami Yaffa, MM has a new wingman to replace Andy McCoy in Steve Conte, a master songwriter and lead guitarist, who will hopefully form a partnership with Michael for many years to come. Karl Rockfist, although technically better than the late great Razzle, his drumming style is also very similar, and along with Sami they form a beat perfect rhythm section. And the latest member, second guitarist Rich Jones, who slotted right into place after Dregen’s departure by co-writing over half of the songs on the outstanding ‘Blackout States’ album, as well as the band’s most recent single ‘One Foot Outta the Grave’.

For a 55 year old, Michael’s energy is reminiscent of a young Iggy Pop. Most of the time searching for a new foothold on top of a front-stage monitor or testing his weight on the speakers hanging from the ceiling or, in tonight’s case, dancing along the length of the bar! The only time he takes a breather is during the exquisite ‘Don’t You Ever Leave Me’, dedicated to Razzle and poignantly performed 2 days before what would have been his 54th birthday and 9 days before the anniversary of his untimely death. We were earlier treated to Hanoi’s ‘Malibu Beach Nightmare’, but to end the set, after Michael’s confession that ‘Two Steps From The Move’ is the only Hanoi Rocks album he can listen to without skipping a track, he leads the band like virtuoso musicians in a finely tuned orchestra through ‘High School’, I Can’t Get It’ and ‘Up Around The Bend’, and as if the atmosphere wasn’t at fever pitch already they tear through the former MTV favourite ‘Dead, Jail or Rock ‘n’ Roll’ before exiting stage left.

A quick change of attire before an encore of Hanoi’s ‘Underwater World’ and Demolition 23’s cover of Johnny Thunders’ ‘I Wanna Be Loved’. Both leaving me with a huge grin all the way home! 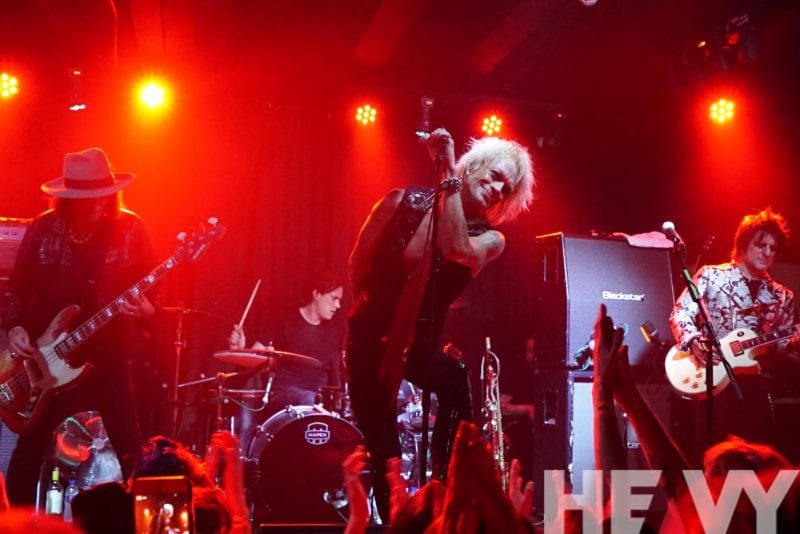 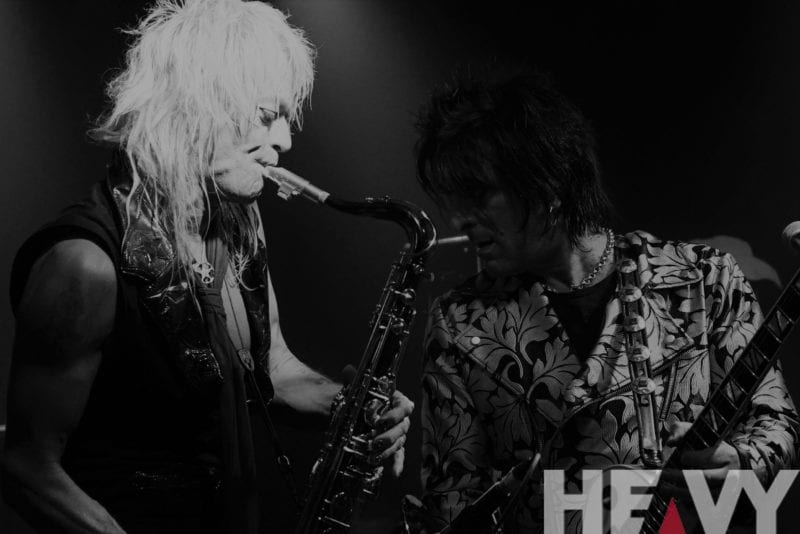 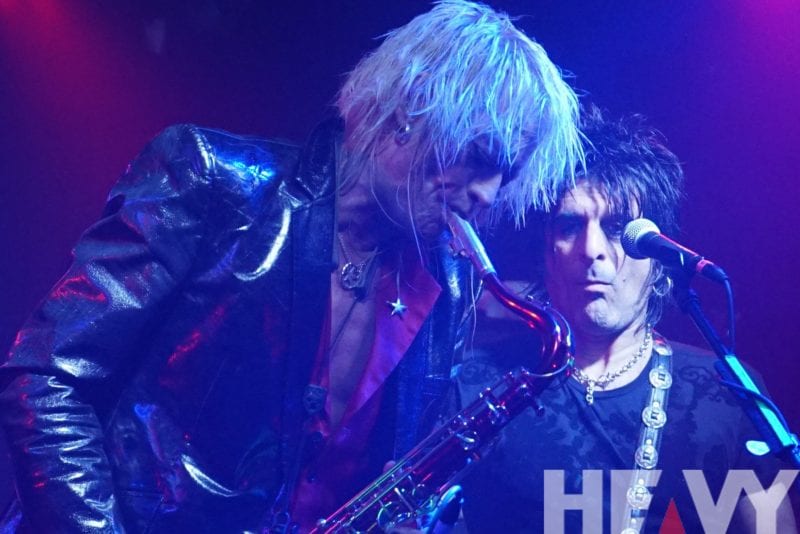 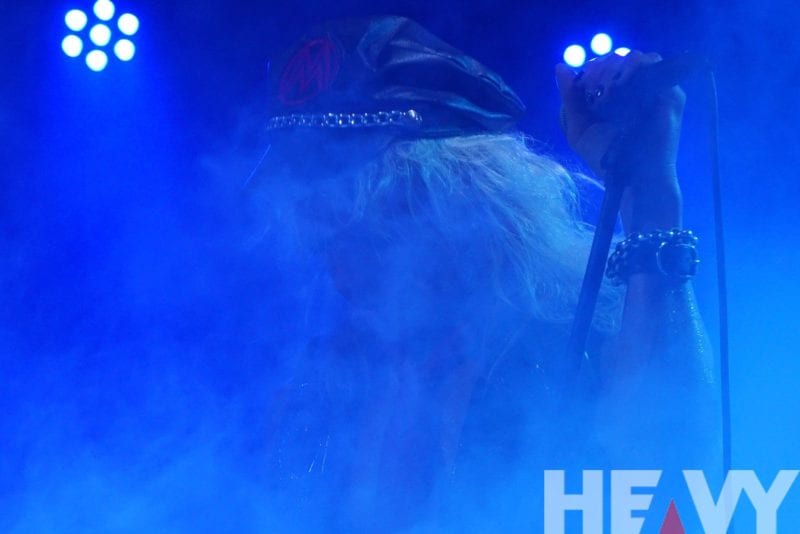 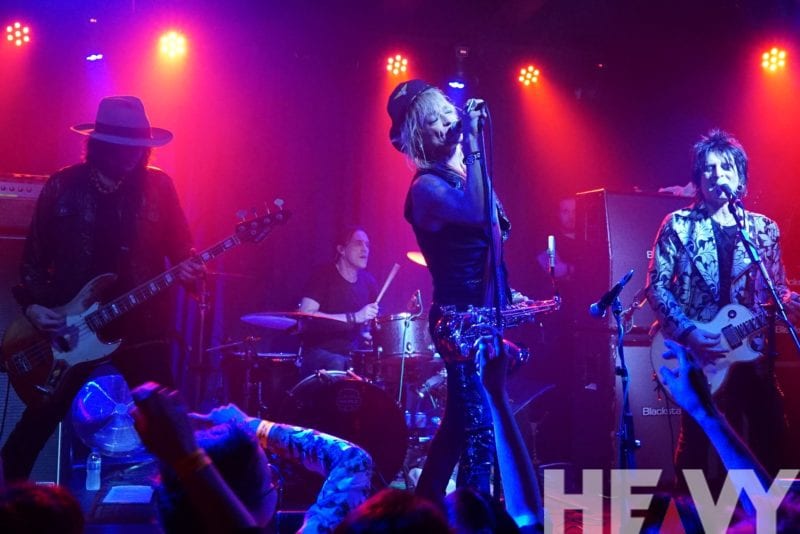 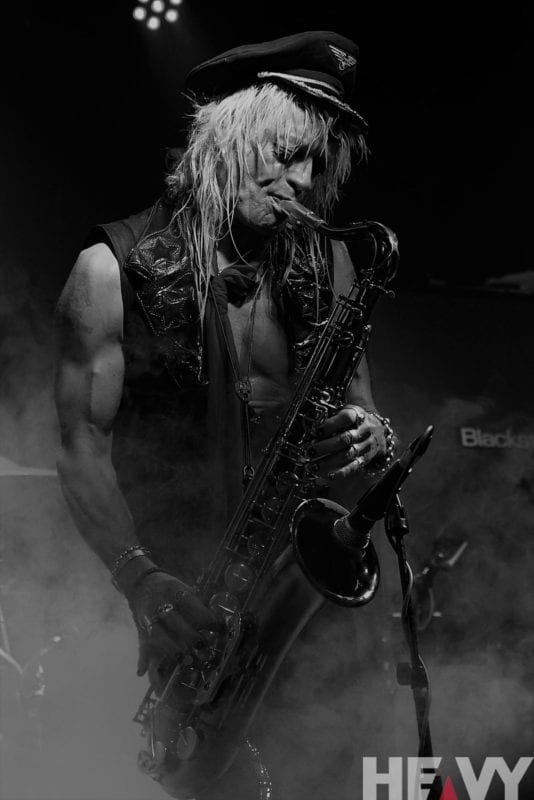