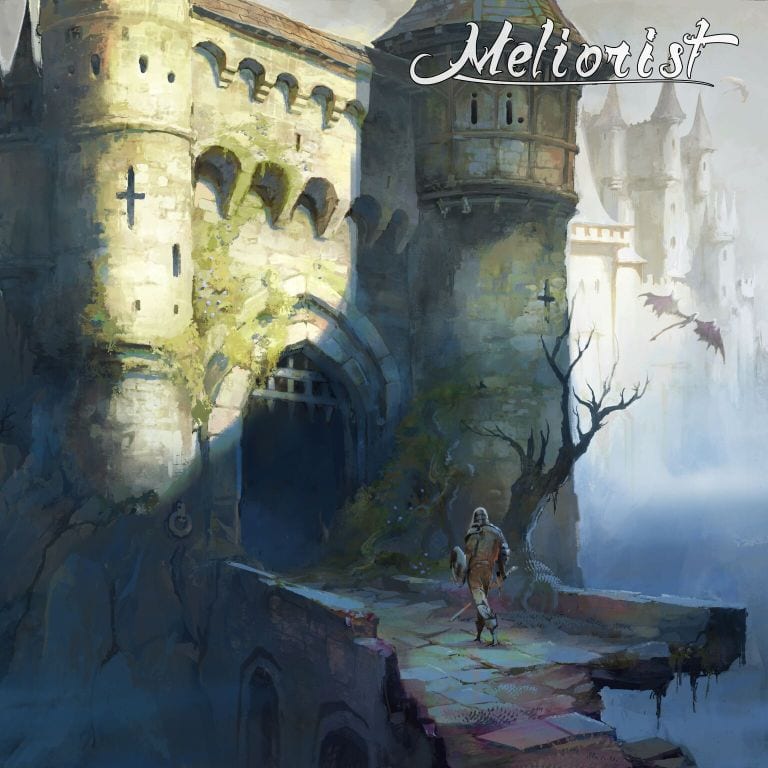 Brisbane band Meliorist have returned after one year with their brand new EP ‘II‘, bringing to music lovers everywhere, more unconventinal, groovy tunes. Their powerful first single “My Reflection” was enough to get the attention of many, with a killer music video to boot. Still new in the scene, it’s amazing to see that this release was done entirely on their own, including the production, another example of how hard independent bands are working to promote themselves and their music but the dedication that is put in as well. Having never heard of them until I got sent this EP, I was in for a ridiculously good surprise.

Meliorists’ latest offering begins with a vibrant fury courtesy of opening track “New Chapter”, which honestly couldn’t be a better choice to start such a brilliant release. Right from the get-go, you know what this band is all about – pure, intense heaviness draped in the aural elegance of progressive tunes. The pro musicianship and instrumentation is mind-blowing for such a young band, as they season the powerful, metal sections with more captivating, atmospheric passage. The added uniqueness of a rather addictive electronic groove proves their versatility, and will to experiment, not following any sort of pattern or genre. There’s this one section on the song which instantly reminded me of ‘Dethklok (you’ll probably know what I’m talking about if you hear the vocals), so putting that together with this insane progressive jazz vibe really sets the tone for the rest of the EP.  Although I’m not too familiar with the lyrics, I can tell that whatever this band is singing about, are things they hold close to their heart.. I’ll probably pick their brains at some point in the future so that’s a story for another day.

“What You’ve Lost” has a beautiful ambient yet jazzy intro quite reminiscent of We Lost The Sea but with a lot more funk and melody. It doesn’t take long for the track to explode into heavy metallic bliss. Once that heavy tone kicks in and coupled with the prog metal style, there’s no turning back on this EP. The moods and tempo changes are incredible, like the band is telling you a story through their music in the most emotive way possible. Those harsh vocals blend so perfectly with the clean, soothing guitar riffs, subtle breakdowns and heaps of melody that seem to be the very backbone of this track. Ending with a nice mellow, airy outro, this track goes to show once again, how beautifully unorthodox this band’s music is.

Following this is my pick of the release, and the track that I am absolutely in love with. Don’t really care how hard I’m fangirling right now because no words will ever be enough to explain the sheer ingenuity of “My Reflection”. It has everything you could possibly want, whether you’re progressive music fan, hardcore, death metal, ambient shoegaze black space metal. IT JUST BLOODY WORKS. Undeniably the heaviest track of the release, ‘My Reflection’ bursts into this huge, groove-laden aural assault of a track, one that you can bang your head and dance to at the same time. The frantic drumming, fast-paced growls and harsh vocals, slick guitar riffs and happier more relaxed melodies will have your mind buzzing. There’s so much energy resonating from this band just through their music, that live, I reckon they’d be a treat for the senses. I did not want this song to end, and that would probably be my only gripe with ‘II’. It’s such a short EP, everything’s over in a matter of minutes, that it doesn’t give your (well my brain) enough time to process how great it is. Make more lads!

‘Hollow’ which features Martin Miller, presents a more charming and smooth side to their style, holding a certain intensity; one that boasts the technical intricacies of Meliorist’s music. The production is so crisp and fine which makes this album so much more accessible and easy on the ears especially to those who aren’t really the prog music type. ‘Reignite Position’ brings out a more pop and funk vibe, without losing that progressive music charm. Bloody ingenious. That’s really all I can say. The Brisbane boys have definitely earned their bread with ‘II’, showing just how captivating and engaging so many different styles of music can be when you put them together.  I truly and honestly cannot get over how perfectly this band brings together  harsh vocals and progressive music. I have heard bands do it before but there’s something about the way these boys do it, that makes them stand out. It’s in no way mainstream, common or anything that I’m used to. A gem of a release from 2017 and proof that the future of music is in good hands. Keen to see what the future holds for Meliorist.

PrevPrevious.Live Review + Photos: SEETHER and Shaman’s Harvest at The Ritz, Raleigh NC on 26/11/17
Next.SLEEPMAKESWAVES and ROSETTA at Adelaide UniBAR, Adelaide on 6/12/2017Next