MAYA Crush All Comers With ‘Despierta’ 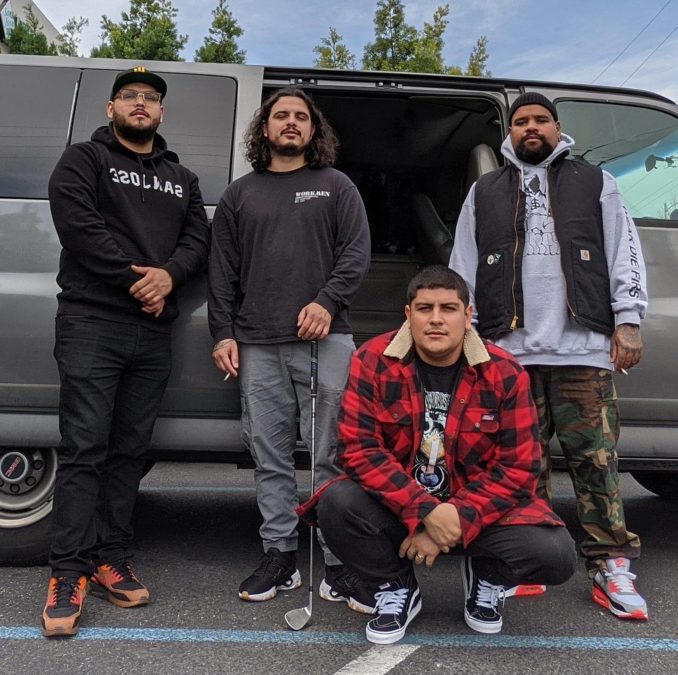 Rising from the remnants of a society on the brink of revolt, San Jose hardcore outfit Maya have meticulously set about taking their music to the world while maintaining close ties with their culture and heritage.

Vocalist Paco and drummer Martin joined HEAVY earlier this week to talk about the E.P.

“Despierta translates to awakening and that’s really the emotions and the feelings that we were feeling throughout the pre-pandemic and the pandemic just pushed everything over the edge,” Martin began. “It really forced ourselves and a lot of people globally to take a look at ourselves and our situation and have to deal with a lot of things that we normally wouldn’t. We’re on our way to work, and we’re distracted with this and that and now that distraction is removed you come, in a way, to a reality check and what happens from there is the journey that became Despierta. The journey of the songs, is the journey of a person going through what this past year has been.”

Each of the six tracks on Despierta is short, sharp, and brutally delivered, with nothing lingering much beyond the two-minute mark. Such is the precision you could question whether two minutes was an actual set time limit for the band, but Paco quickly puts that down to chance.

“Everything was organic,” he said, “nothing was forced. It really just started like, we got together, we started writing, next thing we knew we had six songs, so it was nothing like we intended to keep it under two minutes. Our intro is two and a half (laughs).”

“The intro is the longest track on the EP,” Martin added, laughing.

“Everything was kind of like…,” Paco continued, “for the first time in our lives- because we have two previous records – and it was like we have to record, let’s get this on the record and release it, but this time was 20 practices, six songs, lets record. It sounds like it does because we took the time to organically put this together and embody the emotion. I think what’s crazier after listening back every day is how much of a passion in this timeframe we were able to embody. We were in lockdown, the pandemic was going on, in San Jose a lot of riots were happening with the Black Lives movement and a lot of that hit close to home. Not only that but Covid, after being cooped up and listening to all your friends, and you’re like, man, I can’t be in my house any more, I have to go see my friends or something and look what happened. An EP came out!”

In the full interview Paco and Martin talk more about the E.P musically, the single Sangrando, the translations of the song titles, their heritage and how it ties in musically, prejudice in the music community and the world at large, future music and more.