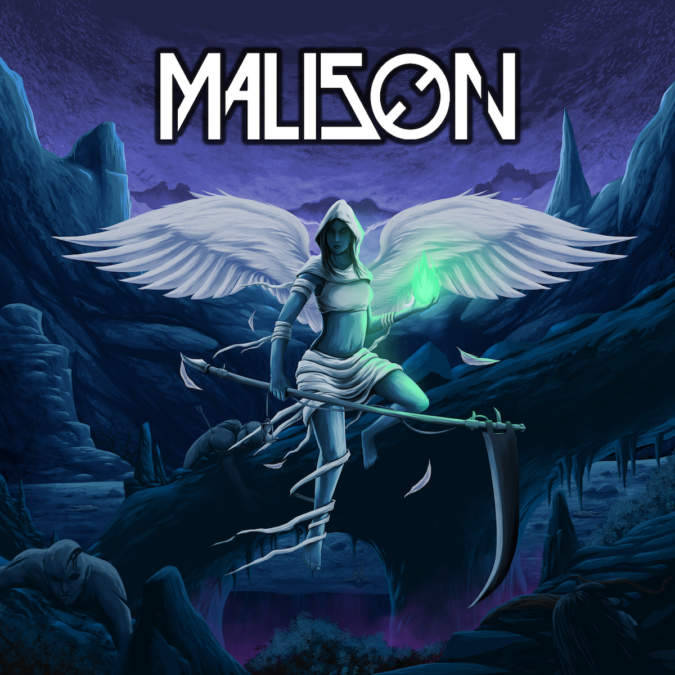 This album rips straight out the gates with some seriously intense riffing and a butt tonne of noodling. Then you get a little surprised with some ludicrously clean lyrics which sound quite similar to the gentle side of M-Shadows. This track Reborn has some of the fastest riffs that I think I have ever heard, that I’m sure my right hand couldn’t keep up with even when it was at its hormonal peak in my teenage years.

M.A.D. (Mutually Assured Destruction) doesn’t drop the ball with the fast riffs, although it does slow down a little to let the vocals take over in the first verse. Then, it’s gets real quick again before slowing down into a clean interlude followed by some more aimless shredding and a quick solo section. From this point on, it’s classic thrash really, relentless, intense and another solo just for shits and giggles.

Next up we have a nice clean melodic intro for the title track Death’s Embrace. This is your classic thrash song intro, and it blasts into the perfect thrash riff to start you on your journey. Again, the speed picking of these guitarists is incredibly fast. Vocalist Steven Rondina really shows off the range and power in his voice on this track. After a clean
interlude and a melodic guitar solo, the song finished up on a soft note. Cool track, possibly a future single.

Lifehunt introduces a little groove to the rhythm guitars, and we even experience some gang vocals. Probably the simplest song on this album so far, with its straight 8 chugs and four to the floor drumming. We also get to experience the gravel in Steven’s voice, which is a nice touch after hearing him really push the cleans in the first three tracks.

There is nothing quite like hearing some acoustic guitars in the middle of a thrash record and Oblivion blesses us with this for a 30 second intro, then thrash, full-blown thrash. But don’t expect the mindless and boring shouting of a Slayer song (thankfully), this is another display of the power and range in the vocalist’s clean lyrical delivery. For a moment in this track, I even start hearing the bass with its thin, dirty tone. Maybe it was there the whole time, or maybe someone got all And Justice for All on it during the mix down.

Nonetheless, this is another brilliant display of how to play a thrash riff or seven!

The following track Corrosion pulls back a bit into something you’d probably call a rock song.

And I can hear the bass again, rolling nicely behind some tasty dual guitar work and sitting in the mix nicely with a basic but solid drum rhythm. Some tasty guitar solo work takes over towards the end of the track, which is not super-fast but very melodic, especially when the two guitars dual on the fadeout.

Wow, the bass is really pushing through now as we are treated to an 8 second drum and bass intro for Absent Earth which kicks off and reminds me of something Iced Earth released in the mid 90s. I’m a bit lost for words now, I mean, I could keep talking about classic and ridiculously fast thrash riffs, but that would just get boring, and I’m not sure I’d convince you to listen to this album if you thought that was all you were in for. But here we are, luckily the kick ass solos throughout keep you interested track after track.

Save the best ‘til last? Well, at least save the fastest noodling and intro riff for the last track.

Armata is exactly that, unnecessary but well executed noodling, fast thrash riffs, fast solos, and a solid rhythm section holding it all together. When your last track is as good as your first, and stands up to the guts of the album, you know you’ve put together a solid record.

Malison has done exactly that, and I think you’ll enjoy this album even if you’re a not a fan of traditional heavy metal, thrash, power metal and neoclassical shred as the band claims to blend together. Pretty accurate description really, even though I don’t even know what the hell neoclassical shred is?

If James Hetfield could actually sing, and play guitar anywhere as well as Dave Mustaine, this band may have been what Metallica ended up sounding like.

Well, if they found a decent drummer, of course.