Looking within The Acacia Strain with Vincent Bennett 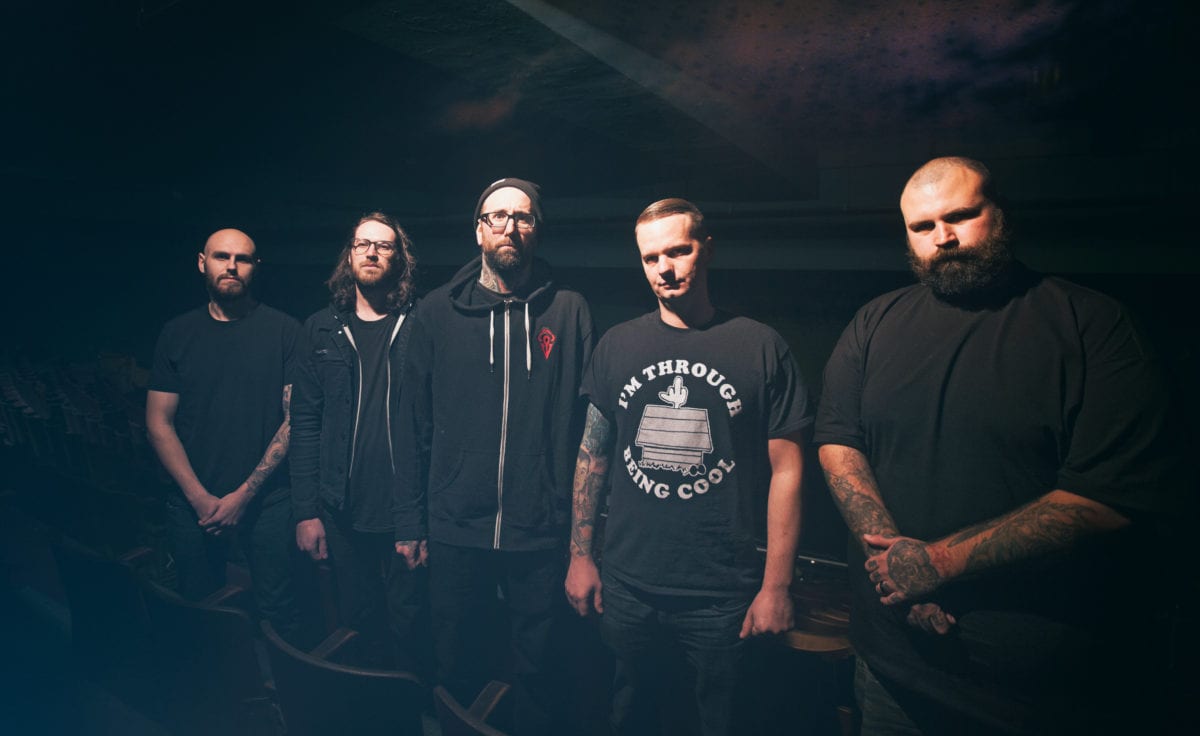 “Oh, man, I could not tell you,” laughed Vincent Bennett, vocalist for The Acacia Strain. “I am more excited for my experience than yours, honestly. We’re gonna deliver the heaviest possible show we can. We’re bringing over our good friends from Kublai Khan who are also going to deliver the heaviest fucken show they can so between both of us people are going to have a hard time walking the next day.”

The Acacia Strain is touring on the back of recently released album Gravebloom in December, and Bennett says the response to the album has been nothing short of inspirational.

“It’s been very positive,” he enthused. “Normally, The Acacia Strain release a record and all people do is complain about how it’s not The Dead Walk or Wormwood or this or that. That hasn’t been the case. It’s been 100% positive with no real piggybacking on other records, people are accepting it for what it is, and in my eyes, right there is positive enough because no-one is trying to compare it to anything else we’ve ever done. Everyone seems to genuinely appreciate the subtle changes that we’ve made and the kind of adult, grown-up way we went about putting the record together.”

After 16 years and eight albums, Bennett admits that even though positive feedback is welcomed and appreciated, the true value of their music comes entirely from within and outside recognition has never been a priority.

“To be honest with you, it’s never really mattered what people think,” he shrugged, “because being in a band is about creating for yourself. It’s a hobby. No matter how large the band they all started as a hobby. The Beatles started as a hobby; The Rolling Stones started as a hobby; Metallica started as a hobby. So bands just do what they do. Some people care what the fans think – I do as well, don’t get me wrong, I listen and understand – but, at the end of the day, when everything’s all said and done, we do this for ourselves, and if other people like it then that’s a bonus and it happens to be an appreciated bonus. When you do something and pour a year or more into it and 100% of your energy and your emotion, and then it’s well-received… there’s not really a better feeling in the world. It’s hard to ignore criticism because, like I said, you put everything you could into this and you just want people to understand it. And when people take a shit on your blood, sweat, and tears, it’s hard not to take it personally.”

Bennett started The Acacia Strain in 2001, at the time battling inner demons and trying to escape an unhappy past, and, in reflection, credits that rage and emotion as being the driving force of the band’s ultimate assault on the metal world.

“I was actually angry,” he admitted. “Every emotion that I had I laid out for the band and everything that I needed for the band was real. I had a fucken… my childhood wasn’t exactly stellar. I loved my mum, and she did the best she could, but there was a lot of other factors. It didn’t exactly help that I was beaten up every fucken day of my life when I was thirteen, fourteen years old. I was picked on, and I had a lot of problems growing up, and I needed something like that. When you’re a nineteen-year-old kid with all this anger you don’t know what else to do, so I found music, and I was 100% real. On everything I’ve ever done, I’ve never faked it, and I think that’s kind of what separates the real from the fake is that fans know. They know when you’re full of shit. That’s why Vanilla Ice‘s career is shit now because he was found out but there’s nothing to find out about me. Everything I have done and everything everyone in my band has done has been 100% from the heart and 100% real, and I hope above everything else that people understand that if you do have a hard time and you do have a shitty life you can turn to music. That’s what I always try to convey through our live shows and doing interviews. If you’re having a tough time, don’t abandon hope. Turn to music because it does help. It helped me, and it’s helped a lot of other people.”

While attempting to obviously change with each album, Bennett says The Acacia Strain subscribe more to the theory of subtle expression through music rather than throwing unexpected curveballs at their fans and hoping they catch on. As much as musical expression is about individuality, he concedes a band has certain obligations to their fans that primarily involve delivering a product that is identifiable as their own.

“Obviously, as we grow, our music taste changes with it,” he deliberated, “but our music also changes with the fans. Like I said before, we write the music for us, and if people like it, then that’s an added bonus. I feel like The Acacia Strain fans are going to like… as long as we keep the basic guidelines of The Acacia Strain, people will understand what we are trying to do. We’re gonna obviously try to pick up new fans along the way, but dedicated The Acacia Strain fans will appreciate the subtleties that we’re trying to put forth. I’m not gonna say that Gravebloom is not that much different to Coma Witch, and Coma Witch isn’t that much different to the record before that, but they have grown a little. We’ve changed a little bit with each record because we don’t want to alienate our fans, which a lot of bands have done. A lot of bands are like, ‘fuck this, I don’t wanna be in a band like this anymore, we’re gonna completely change our sound,’ and the fans hate it. Some get it, but for the most part, you’re basically saying everything we’ve ever done before this is bad. You should feel bad for liking it so we’re gonna change and you should like it too. With us, we change a little bit with every record. Evolution doesn’t happen overnight.”

The Acacia Strain are touring Australia this December with Kublai Khan, thanks to Destroy All Lines and Chugg Entertainment. Grab your tickets now!

PrevPrevious.Our Oceans and “Blue” with Karina Holden
Next.Saara And Brendan Drop By For Some Innuendo InterviewsNext