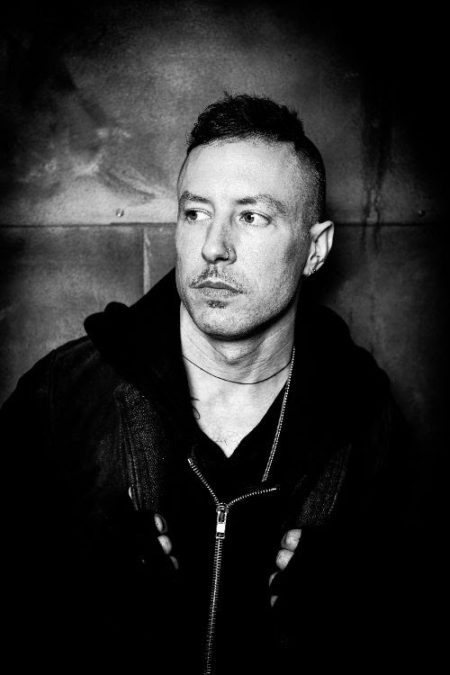 In modern terms, 2020 has been a year to forget for the majority of people on Mother Earth, as people’s basic privileges continue to be stripped to a bare minimum there is a flow of thoughts for each individual that is theirs and their own. This era has and will continue to define us as a species individually and as a whole! What does it mean to “exist” at present? Well, let’s hear one man’s personal story right here and right now!

Enter Greg Puciato, a man that needs no introduction with a musical resume literally longer than his arms! A man who fronted (and survived) The Dillinger Escape Plan for 16 years, A man who continues to be a part of a very special group of humans in Killer Be Killed and of course the eclectic electro-pop group The Black Queen.

As Greg celebrated his 40th lap around the sun earlier this year a very specific goal was reached for this seasoned veteran of musical expertise – the completion of Child Soldier: Creator of God which is his debut solo album. An album that had “no limitation what so ever” in its creation and wasn’t so much of an ending to a chapter but more a beginning “You know if you’re gonna make a solo record then why leave anything off the table?” Greg posed. “Why limit yourself? The point of a solo record is to create, I look at it if you’re a filmmaker and you’ve got an ability to make a personal small indie film that’s closer you rather than making like a big-budget movie of some sort it’s like that’s where you make this weird thing that’s deeply personal that goes all over the place and might be a bit more arthouse than like a blockbuster movie”

It’s impossible to place Greg’s back catalogue of musical projects into one genre, in fact, it would be an insult to even pigeon hole his artistic layering’s at all. The guy is diverse and makes no bones about it, this has never been more the case than with Child Soldier: Creator of God which from start to finish offers many sides of a man who has managed to create moods through his music. “It’s pretty much me as a person, I have a lot of extremities,” he said. “I have problems with what people call push-pull dynamics, it’s like I really want people close to me but then I don’t want them close to me. So when I listen to the record here’s this beautiful beginning and then I’m like get the fuck away from me and I make it really hard for people and then I’ll lure you in because you’re gonna think this guy’s real sensitive and weird and interesting and then you’re gonna be like of shit I gotta get out of here and then you get on the other side of that and then there will be kinder a mix of those two things”.

When it came to recording drums for the album Chris Hornbrook (ex Poison the Well), Chris Pennie (ex Dillinger Escape Plan/ Coheed and Cambria) and of course Ben Koller (Killer Be Killed/ Converge/ Mutoid Man) were all seated at their respective thrones on individual tracks. Tthis was never seen as “headhunting some dude that I don’t know or I hope this guy will say yes, but more like man, that’s my buddy and it has a different feel to me”, thus making for a more personal element to his debut.

Be sure to listen out for how the track with Ben Koller came about and how Greg’s friendship with Chris Pennie was rejuvenated through the power of music after Chris’s not so pleasant departure from The Dillinger Escape Plan all those years ago!

Ohh yeah… one more thing…..whilst reminiscing about memories of live shows with Greg Puciato a burning question had to be asked, it being a simple but direct one at that; “what is the craziest thing you have seen at a live show on or off the stage?”……. The answer was everything I’d thought it would be a soooooo much more! Seriously, what a crazy world we live in!