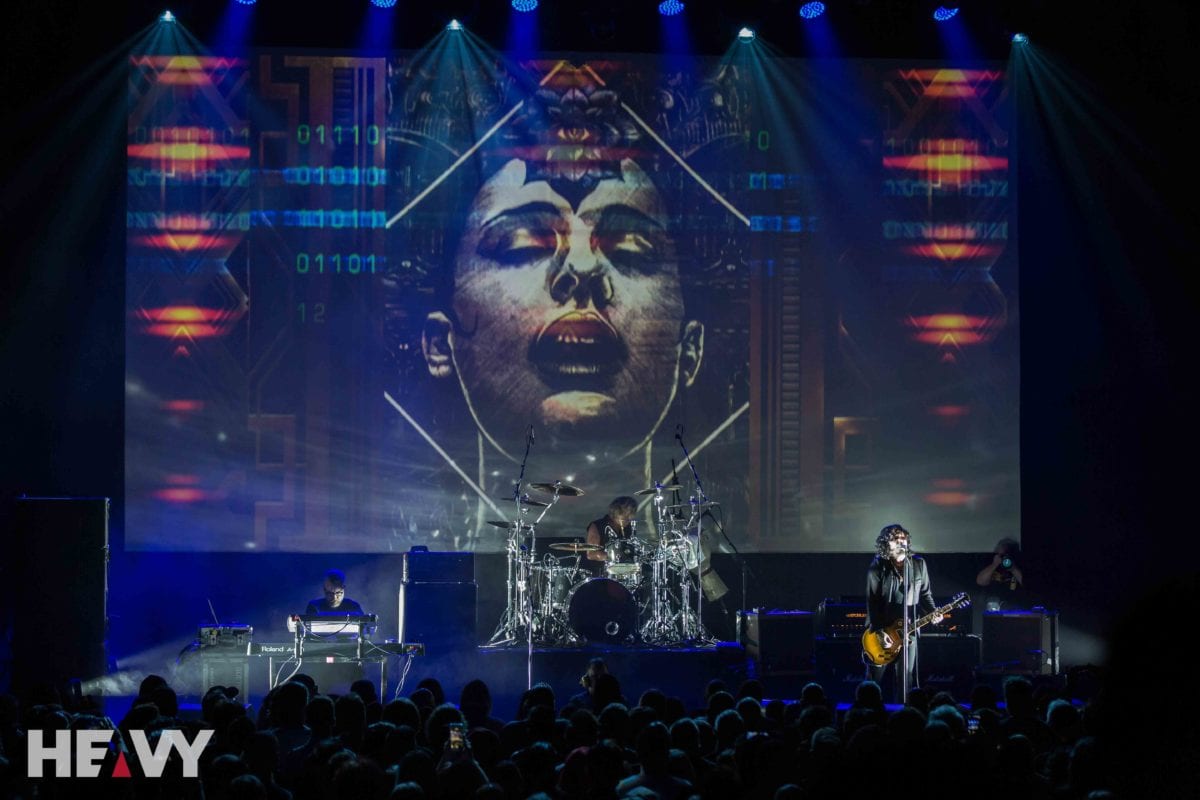 “Twenty years can see a few myths and legends created… you may have heard things about me – black magic, alcohol, drugs… they are all true,” said The Tea Party frontman Jeff Martin to the Melbourne audience during their sold-out show last night. In a way, it summed up the night, this was a night where one of the world’s best rock bands bared their soul in front of their adoring fans as they celebrated the fact that their critically acclaimed Transmission album turned twenty years old this year.

The honesty that the band showed over the night enhance the gig to the point where I have to say that this was one of the best concerts that I have ever been to. As usual Jeff Martin’s voice was on song, there is a reason why I say that he has one of the best voices in modern day rock, and this time he seemed to entrance the sold out Forum Theatre crowd in a way that I haven’t seen many lead singers do over the years. He had the audience in the cusp of his hand all night and they were only too pleased to follow his lead and sing along – especially during songs like the stripped-back ‘Psychopomp’ and ‘Save Me’, while the crowds vocals tore at the Forum’s Grecian foundations when The Tea Party covered U2’s  ‘With Or Without You’ as part of their own very special rendition of ‘Heaven Coming Down.’ At times the crowd was so vocally strong that Martin just sat on the stage and watched… and enjoyed!!! 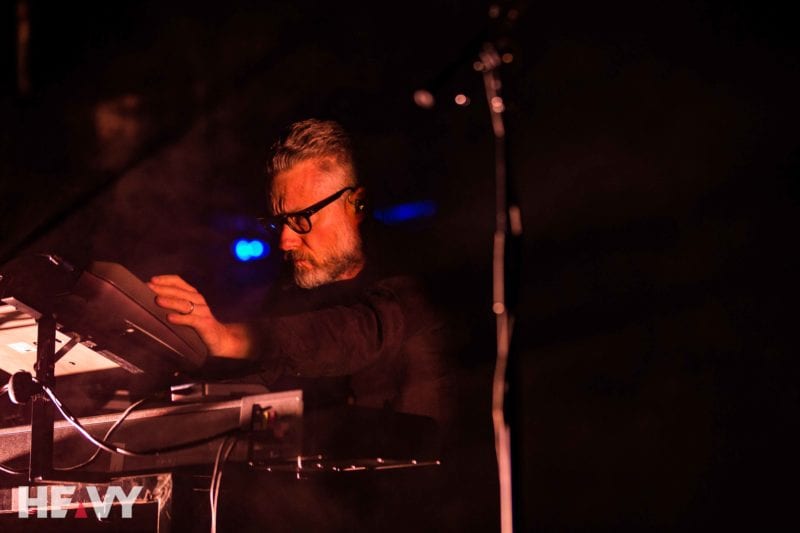 The night did turn into a true celebration of Transmission. Unlike what other bands who have played landmark albums at gigs this year The Tea Party decided to play Transmission out of track order and it was a decision that ended up being ingenious. It meant that the crowd was still eagerly anticipating what would come next and the result was an electrifying atmosphere and the crowd enjoyed hearing the seldom played album tracks while looking forward to the big singles – ‘Psychopomp,’ ‘Release’ and ‘Temptation.’ The band didn’t fail to deliver on any track and tracks like ‘Army Ants’ and ‘Transmission’ also became absolute gems on the night. The fact that Martin took time between songs to chat to the audience also helped the band engage and the audience walked away hearing stories of crazy Italian artists, Martin’s own fascination with darkness and how tracks like ‘Heaven Coming Down’ came into being. The Tea Party left no fan disappointed at the Forum last night. Every track you would to hear was played – aside from Transmission being played in full their second set saw them play hits like ‘The River,’ ‘The Bazaar,’ ‘The Ocean At The End,’ ‘Heaven Coming Down,’ ‘Save Me,’ a haunting rendition of ‘Winter Solstice’ and ‘Sister Awake.’ Every track was further enhanced by a great video display on the big screen, especially during ‘Sister Awake’ which won me over as one of the best tracks on the night. The bands choice of covers also had the crowd excited – as previously mentioned U2’s ‘With Or Without You’ had the crowd joining in but we also had The Tea Party’s now legendary cover of The Rolling Stones’ ‘Paint It Black,’ a very surprising but welcomed cover of Tool’s ‘Sober’ and to cap off the night a tribute to one of the band’s heroes ‘Heroes’ by David Bowie.

This was a night when The Tea Party came together perfectly. Jeff Martin was on song, showing why he is one of the best frontmen in modern rock, Jeff Burrows put on an absolute drumming display while Stuart Chatwood brought the eerie keyboard parts of The Tea Party’s music to life amazingly well before then showing his skill on the bass guitar.

The Tea Party delivered an amazing live experience for their fans last night. There is not one fan that would have left the Forum disappointed last night and once again these Canadian masters showed why they are one of the best rock bands in the world. This was a gig for the ages Melbourne and I am so glad that I was there to see it. 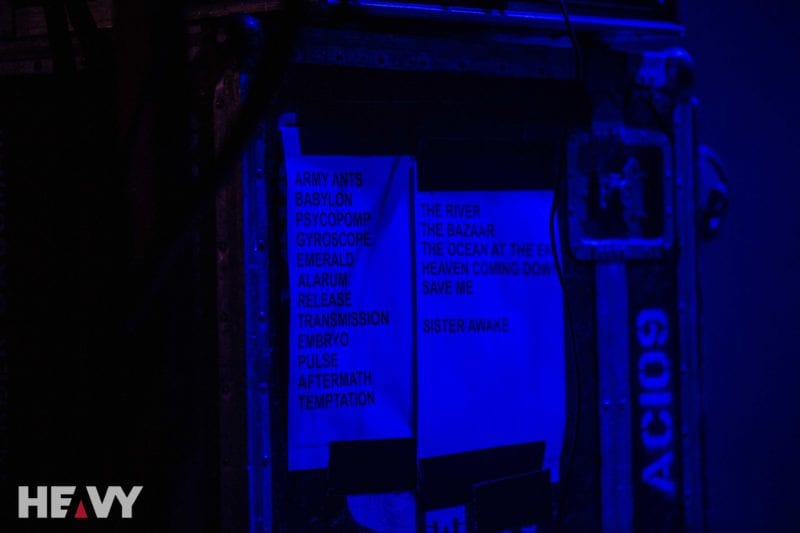 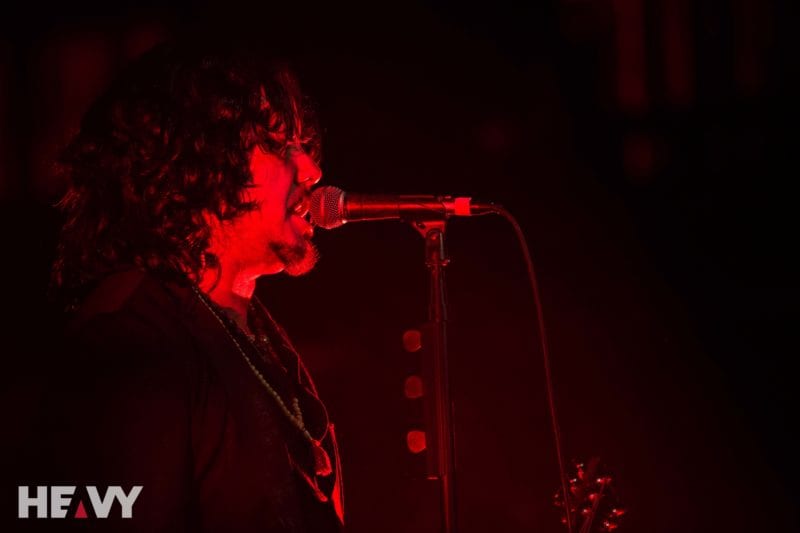 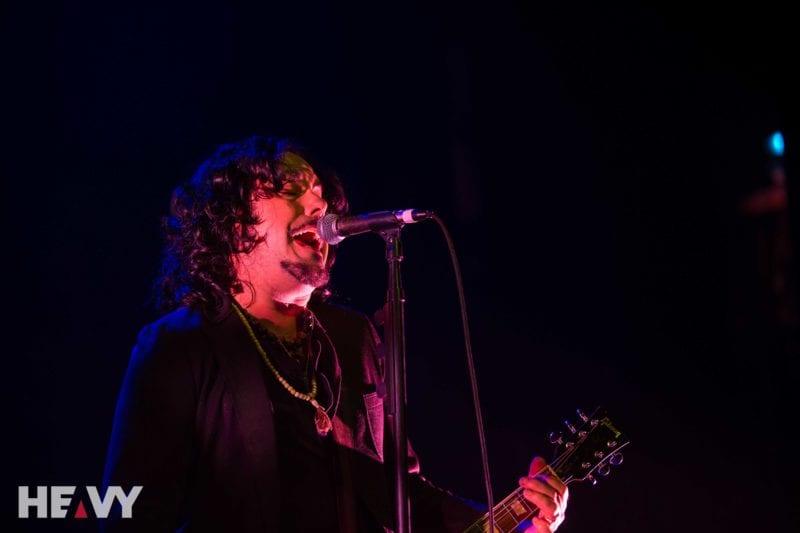 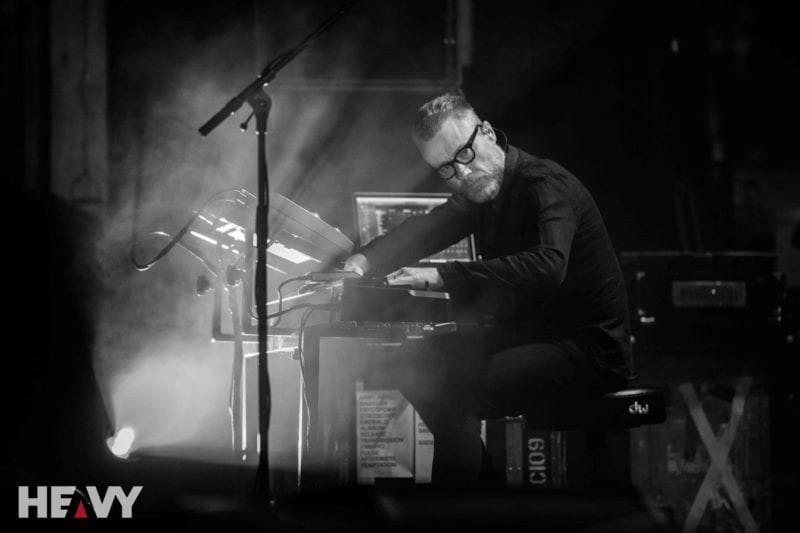 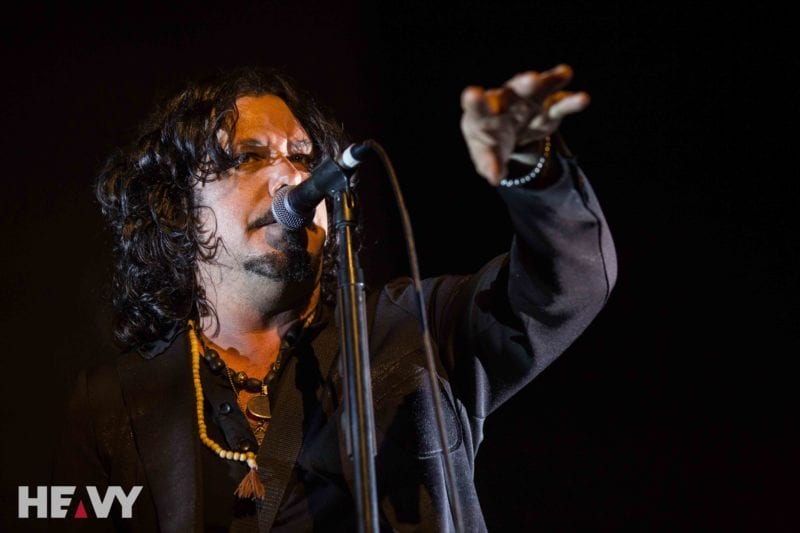 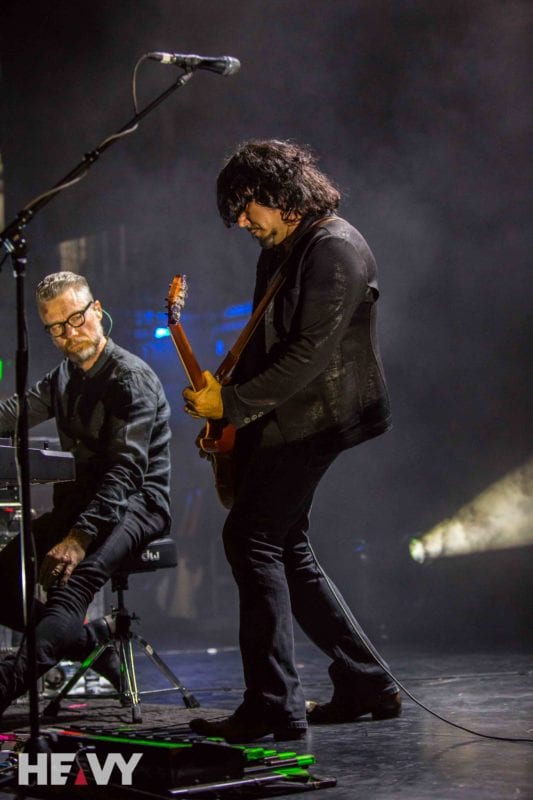 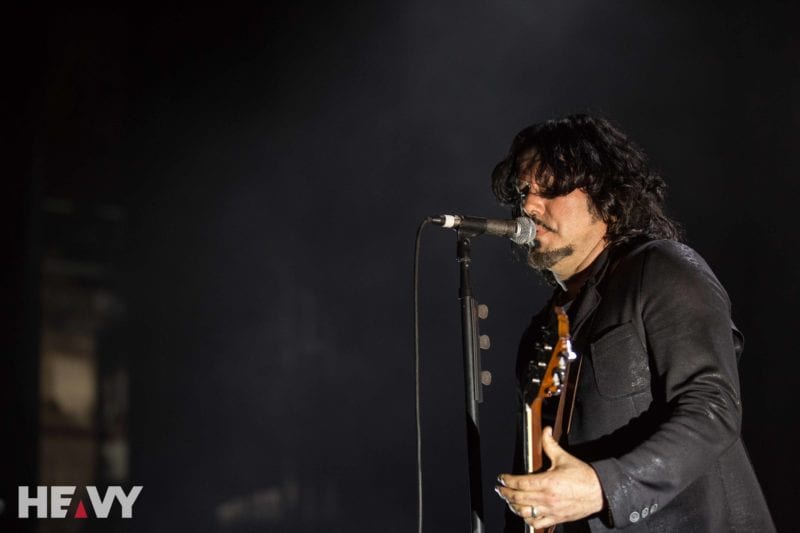 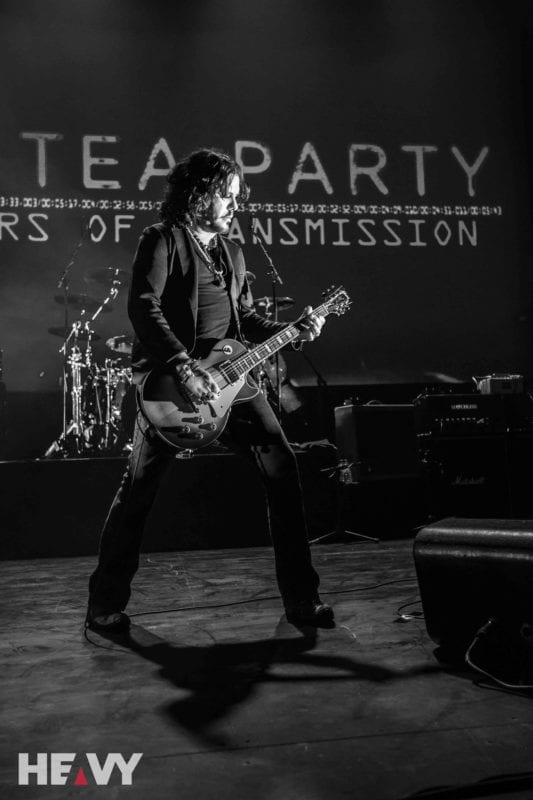 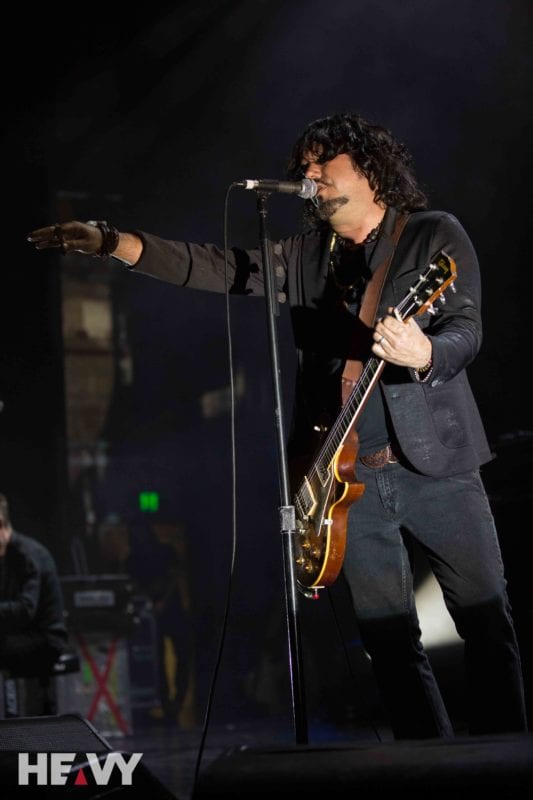 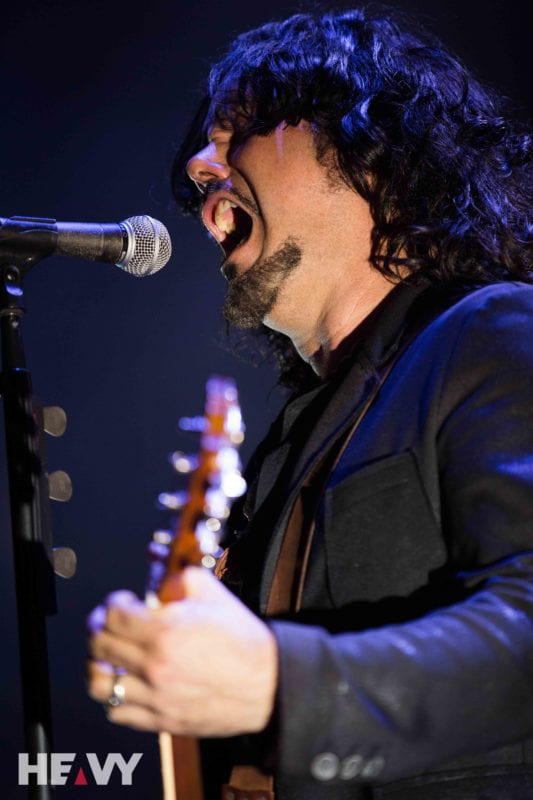 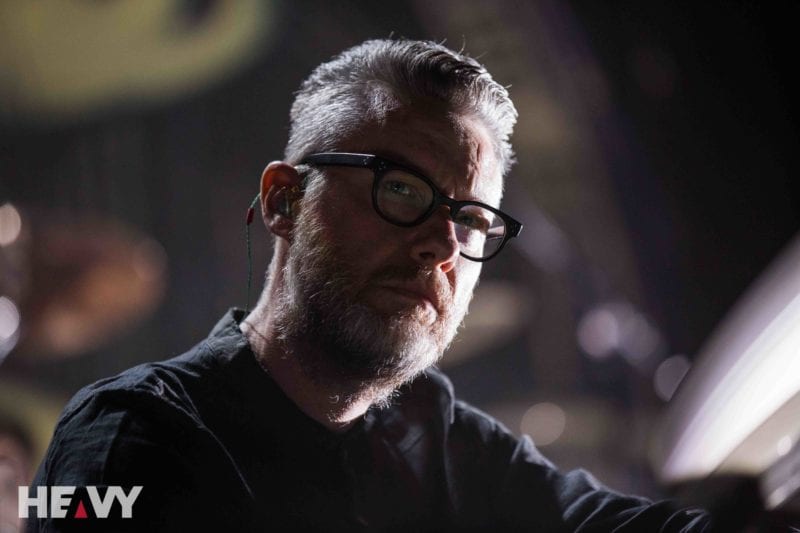 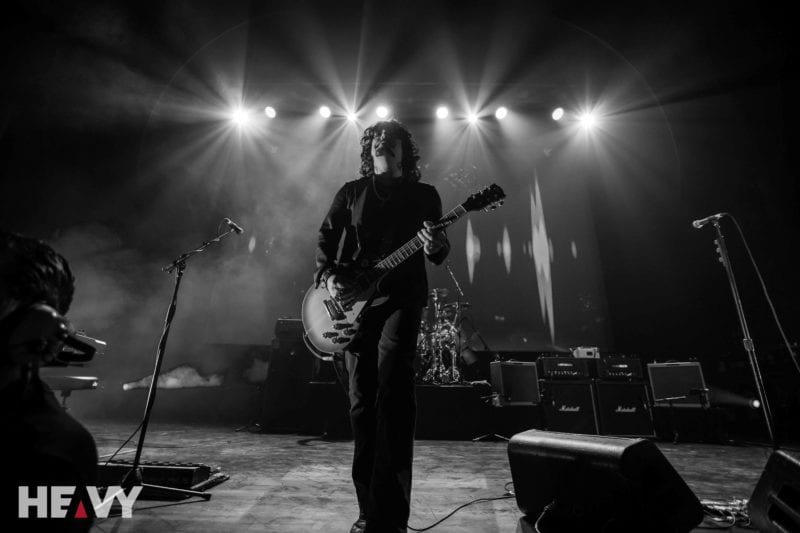 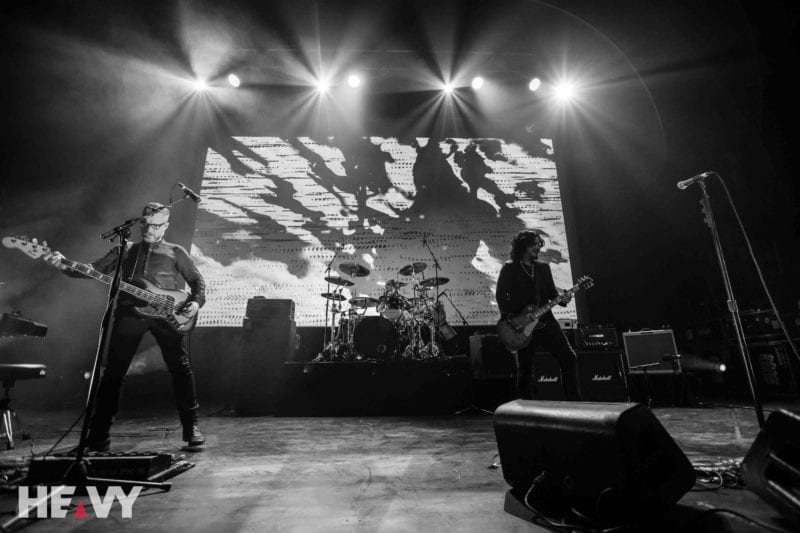 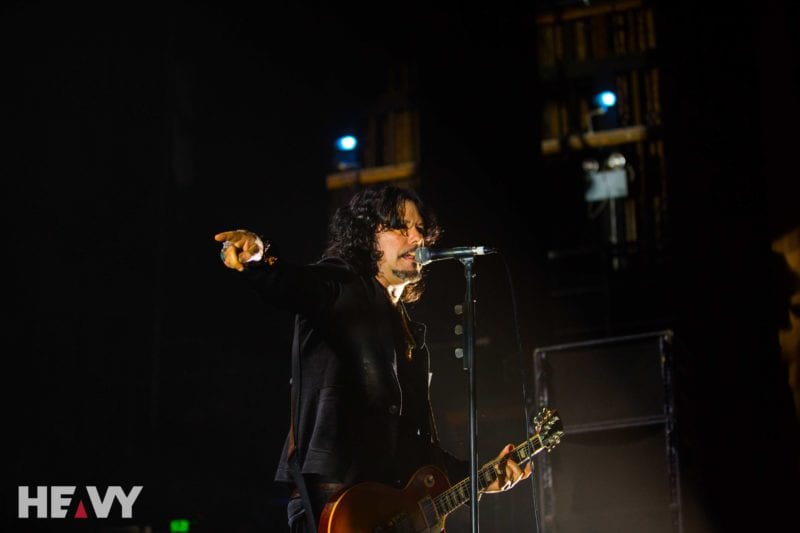 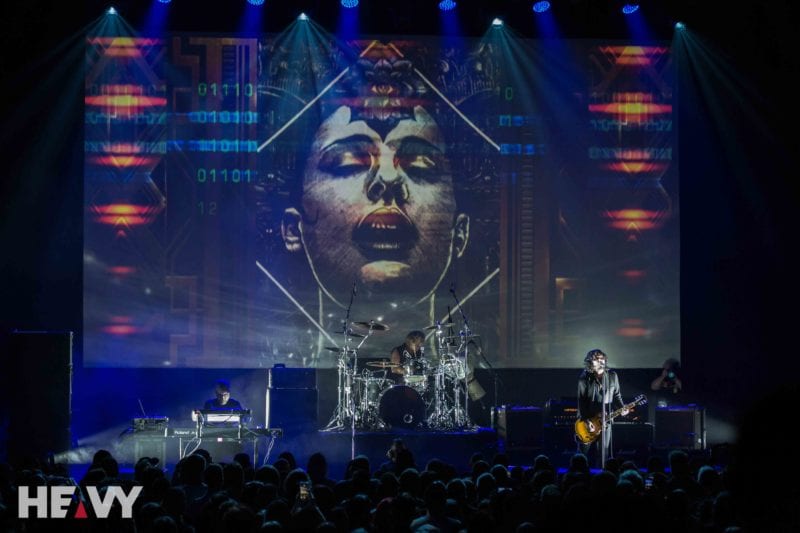 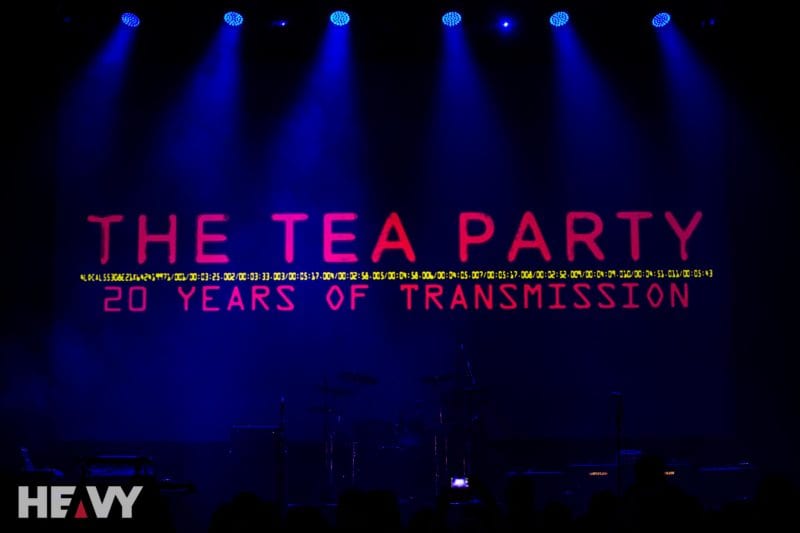 PrevPrevious.Live Photos: THE TEA PARTY at The Forum, Melbourne on 4/11/2017
Next.DESOLATE SHRINE ‘Deliverance from the Godless Void’Next