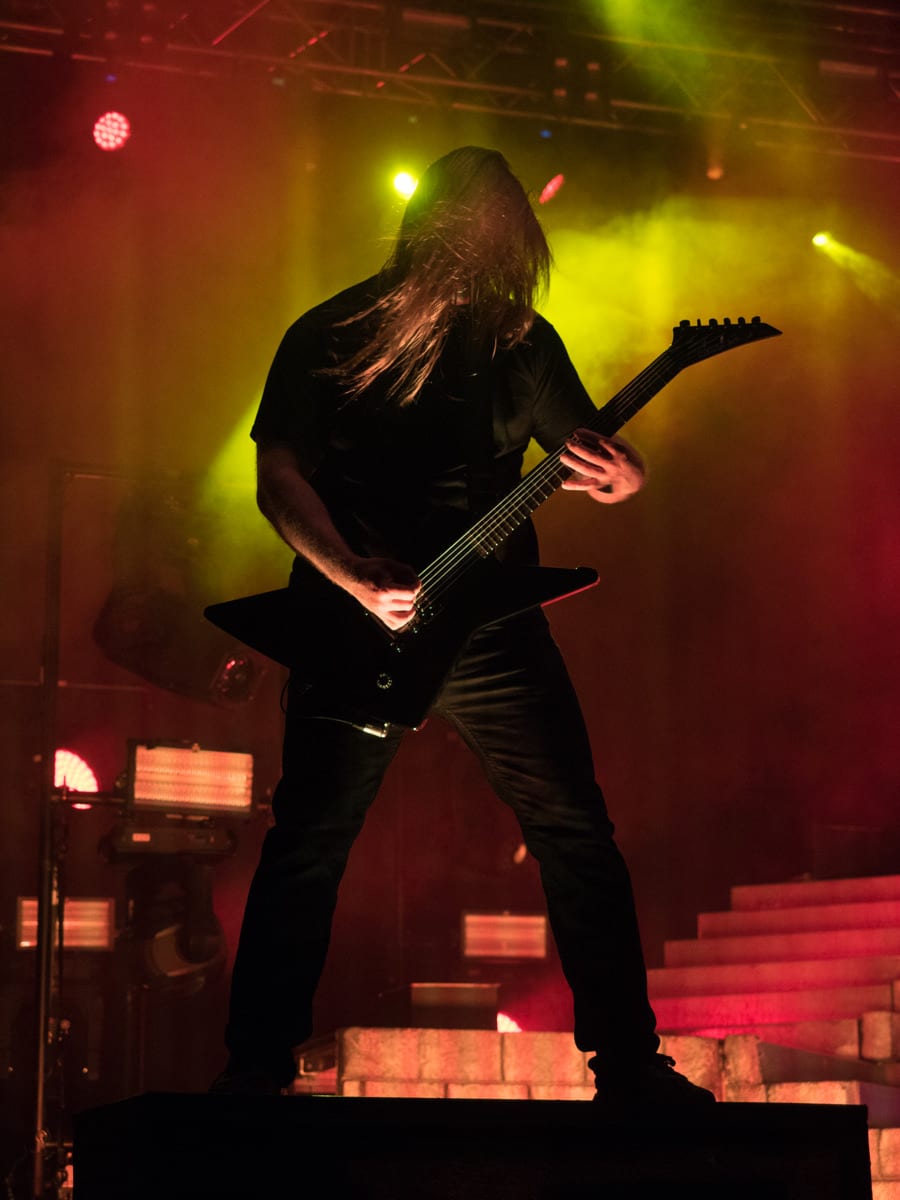 Slovenia once again embraced the metal head contingent from Europe and beyond recently for MetalDays 2017: a riot of beer, black t-shirts, and some of the most extreme music on the planet, all set to the lush, green mountains of Tolmin and the turquoise Soca River. Opeth, Amon Amarth, Iced Earth, Katatonia, Bloodbath, Marilyn Manson, and even our own home-grown Aversions Crown were just some of the acts to hit the multiple stages. They blasted out a sonic blitzkrieg over the course of the five-day festival that remains one of the lesser known, but much-respected metalhead gatherings and celebrations in the European festival calendar.

To much controversy, Marilyn Manson headlined the first day of the festival on the main “Lemmy” stage, performing to the crowd in front of a huge throne and belting out classic numbers such as “The Beautiful People” and the Eurythmics cover, “Sweet Dreams (Are Made of This)”. Whatever the crowd’s opinion of the man, there was no complaining from the audience who were eager to get the festival well and truly under way.

Despite occasional storms sweeping through Tolmin on the first two days of the festival, it was not enough to dampen the spirits of the festival goers in attendance, who were rewarded for the their resolve on Tuesday evening with fantastic sets by viking metal masters, Amon Amarth and Swedish legends, Katatonia. Meanwhile, over on the second stage, MGLA and Firespawn served up a mean feast of black and death metal.

By Wednesday, the weather had cleared up, and the sun was shining on Tolmin, prompting metalheads in the droves to don their swim suits, carry their oversized inflatable floating vessels, and spend the day floating down the oh-so-beautiful Soca River. Later that evening, Doro, Bloodbath and goregrind band, Gutalax satisfied the crowds, while Abbath once again puts on a killer black metal show that had a hilarious ending when vocalist and guitarist, Abbath Doom Occulta tripped and fell with his guitar while running down the side of the valley after shaking hands with fans. In true metal spirit, the black metal god shook off the fall and got back up, strutting backstage as if nothing had just happened. That same evening over on the second stage, Norwegian outfit, Shining, pulled out the saxophone and treated the crowd to their unique concoction of jazz and metal.

Thursday’s main stage headline, Opeth once again awed the audience with selections from their legendary metal back catalogue, such as “Deliverance,” “Ghost of Perdition,” and “Demon of the Fall”, as well as a few choice selections from their newer progressive rock direction (“Sorceress” and “Cusp of Eternity”). Although some technical difficulties disrupted the momentum of the much-anticipated set, Opeth took it all in their stride, with guitarist Fredrik Åkesson entering the patient crowd with some serious shredding. Earlier that evening on the second stage, Lik prompted a convulsion of headbanging from the crowd with their Swedish death metal mayhem.

Wrapping up the festival’s veritable buffet of metal, Death Angel thrashed out the audience with crowd favourites from their extensive back catalogue. Earlier that evening, Heaven Shall Burn and Pain rocked out the main stage, leaving everyone truly satisfied with another MetalDays festival and many a hangover the next morning. Until next year!

Words and Photos by Shaun Busuttil