A few bands over the years have thrilled their fans by trying something a little different over the years and decided to hit the stage with a full orchestra in tow. Last night it was Evanescence’s turn as they teamed up with the Melbourne Symphony Orchestra to bring Synthesis to an adoring mixture of Evanescence and classical music fans.

What followed was a night that completely exceeded my expectations. The introduction of the orchestra took Evanescence’s sound to new and different heights. The difference was right there from the start while Amy Lee started the show by teasing us when he skills on the piano suddenly everything changed when they launched into ‘Never Go Back’ and the sound suddenly felt like the type of symphonic metal that Nightwish would bring to the stage rather than the alternative rock that we have come to know and love from Evanescence over the years.

To the audience it felt like there was something new to experience at everytime – the lights flickered and the air was filled with sounds of electricity as the band delivered a very Plumb sounding version of ‘End Of The Dream.’ Things then went up another notch as we were suddenly hit with the full symphonic force of ‘My Heart Is Broken’ which was led by a drumming storm by drummer Will Hunt who was on fire all night.

While the night did seem to underuse the guitar playing talents of both Troy McLawhorn and Jen Marjura (who did step up as a backing singer) this was a gig that showed us all just how talented Amy Lee is as a vocalist and performer. Her skills were show all night – tracks like ‘Lithium,’ ‘Speak To Me’ and ‘Swimming Home’ felt like they had been reworked by Tori Amos while the Evanescence classic ‘Bring Me To Life’ saw Lee step into a whole new stratosphere with her vocals.

The orchestral side of things seemed to change every song in some way. While it made ‘Unravelling’ become a true Gothic anthem, it seriously felt like we were sitting in a cathedral and not a sporting arena, tracks like ‘Secret Door’ seemed to become rawer as the classical instruments exposed every single note in a way that we hadn’t heard before. Then there was the highlight of the night – ‘The In-Between’ which saw the perfect blend of electronic, rock and classical music… it was also one of the heaviest offerings of the night.

By the end of the night, we once again saw that for some reason hard rock and metal just seem to work exceptionally well with orchestras. Somehow Evanescence and the Melbourne Symphony Orchestra came together in such a way to deliver the perfect Gothic ambience that won over even the most critical audience members. 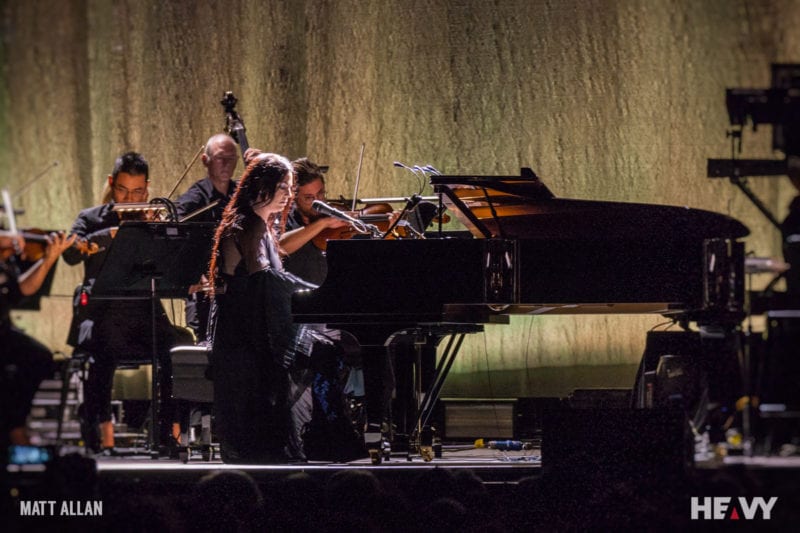 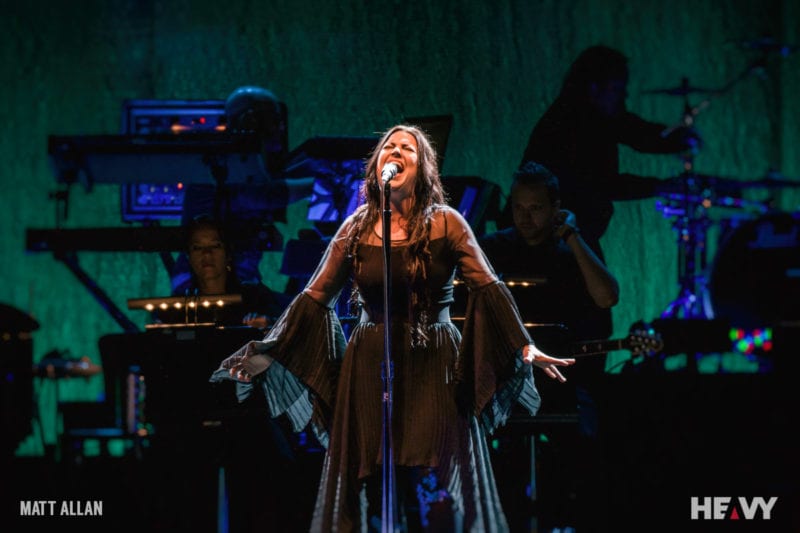 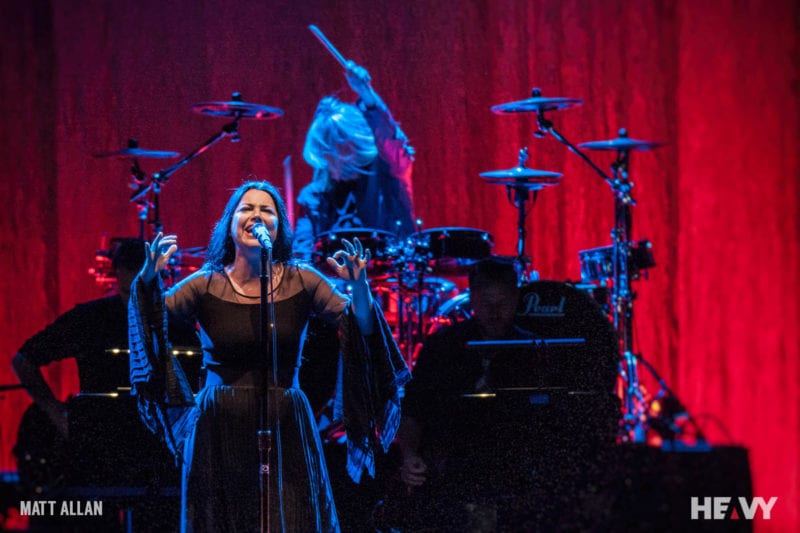 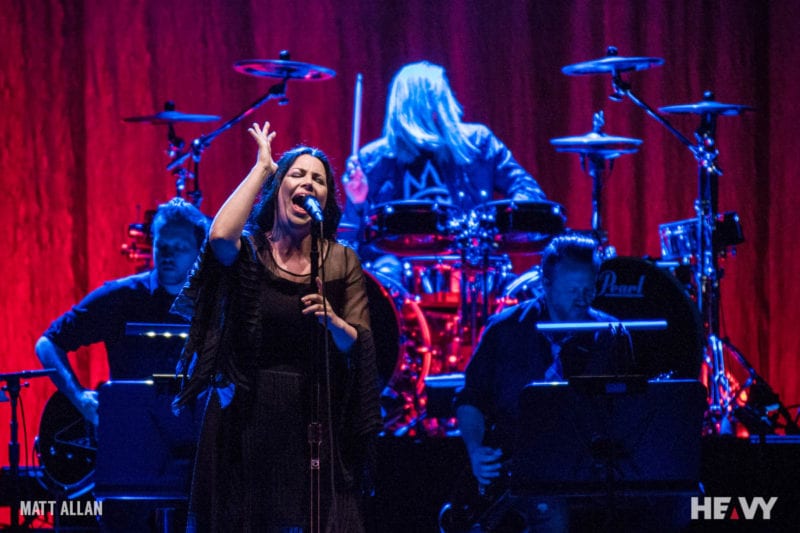 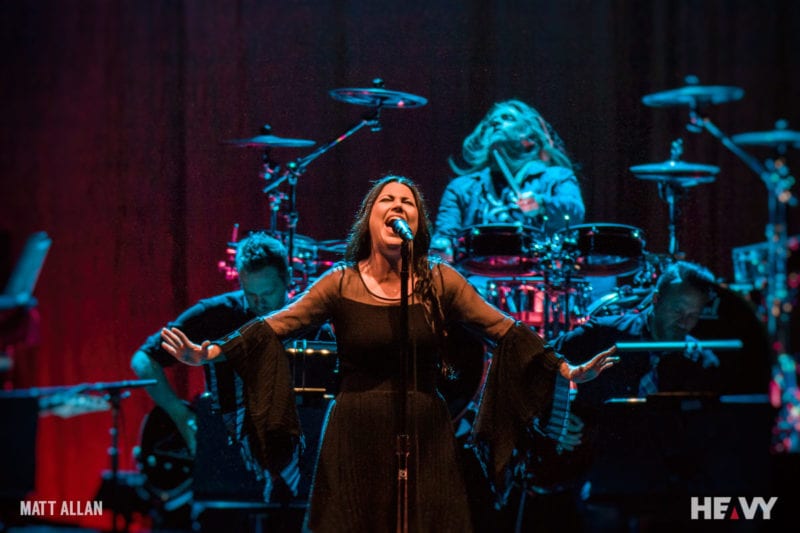 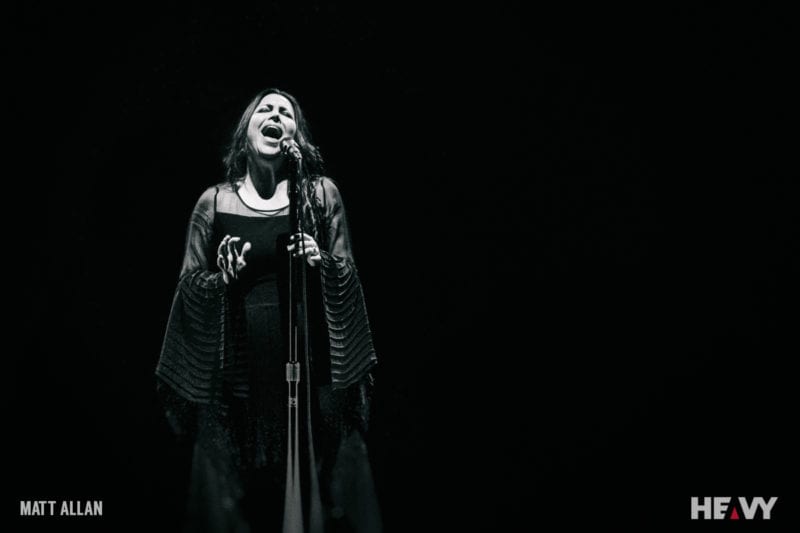