Live Review: ASKING ALEXANDRIA at The NorVa, Norfolk Virginia on 7/2/18 Wednesday night in Norfolk, Virginia was a night of rain, cold, laughter, and an absolutely incredible performance put on by,none other than England’s own, Asking Alexandria. Though some may associate the Brits with their older music, from albums like “Stand Up And Scream” or “Reckless and Relentless”, this was truly a performance of their old and new unlike any you would’ve guessed. The crowd chanting behind the photographers in the photo pit “Asking” “Asking” was more than enough of an indicator that the sold out venue was ready for the band to hit the stage.

As the lights went down and the opening to their single “Into The Fire”, from their newest album, began to play the crowd shrieked as each member walked out onto the stage. Front man, Danny Worsnop, definitely enjoyed this as indicated by his smirk. Moving through “Into The Fire” and “Killing You” things took a step back to Asking’s second album, with one of my personal favorites, “To The Stage”. It is a song that sounds as rowdy and as hard as songs like “The Final Episode”, but has strong hard hitting lyrics that are sometimes overlooked. It was during this song that I finally heard the haunting strength in Danny’s voice as he sang the lyrics “She’s just a beautiful girl with the weight of the world on her shoulders”. A slow spot in the song that ties it all together perfectly but hearing it live is almost unreal. Through the set fans got to hear both old and new tracks, and several fan favorites such as “Run Free” and “The Final Episode”, and from their first album “Not The American Average”. 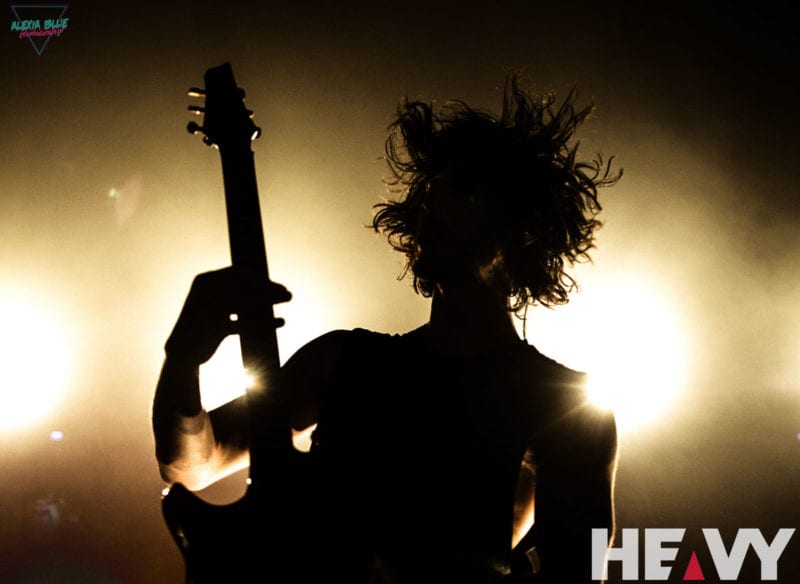 With the strong drums echoing throughout the venue, by drummer James Cassells, and the super energetic and heavy guitars, from guitarist Ben Bruce, Cameron Liddell, and Sam Bettley, this song’s performance alone felt like stepping into a time machine and going back to the early days of the band. As “Not The American Average” came to a close, the lights went down and things took a much slower turn when Danny sat at the edge of the stage and played two acoustic songs. “Vultures” was the first to be played. Taking the hyped crowd and calming it down made this show feel as close and intimate as a small dive bar show. The fans on the barricade were now in arms reach of Danny. Though “Vultures” was pretty awesome to hear, it was the next song that sealed the deal. “Someone, Somewhere” was given a new slower twist to be dedicated to the men and women in the military. As the song filled the venue you could see fans throughout the crowd shedding tears at such a powerful acoustic song.

The set slides into a few more songs, such as “Eve”, “Where Did It Go?”, and “Alone In A Room”. There was one moment during “Eve” that was really quite humorous as Danny stood next to Ben, and started to dance and sing a part of Justin Bieber’s “Baby”, causing not only Ben to laugh, but the crowd as well. As things were starting to come to a close there was still one last song left, “A Prophecy”. This song got the crowd going harder than it had before with its power and fast pace that every fan seemed to know. Watching as every guitarist headbanged in sync for a moment and the crowd go full force was definitely a treat. As soon as the song ended fans immediately chanted for an encore which they ended up getting moments later. As the band walked back on stage Danny picked up an acoustic guitar for the song “Moving On”. This song was one I had looked forward to hearing all night because I knew it wouldn’t be quite like the other ones. The energy felt as if it had changed yet another time. Watching everyone play a little slower but, a little harder at the same time, was something new to me. As the song came to a close the most chilling and memorable moment of the night happened as the venue went silent for a moment and Danny sang the final line of “Moving On”,

“a boy of anguish, now he’s a man of soul traded in his misery for the lonely life of the road”

The true echo throughout the venue was enough to give anyone chills and maybe even let a few tears go at the pure strength in the solo vocals with no backing to them. Moving immediately into the final song, things switched over from it’s very emotional and spine tingling moment to a fast straight up mosh song. Closing out the night would be “The Death Of Me”. I watched as fans sang along at their loudest, and smiles graced the lips of the band members, while the last song had everyone going at their strongest. As the last song ended, and the crowd cheered yet again, some things were said to send off the fans on a high and laugh filled note. It wasn’t just your usual “Thank you guys! Goodnight!”, but a closing with a very Danny Worsnop twist to it. Poking fun at all the members beforehand he closed the night out by saying:
“I’m probably taking too long these guys are hungry. And they turn into bitches when they’re hungry. I’ll leave you folks with that, Goodnight Norfolk!” 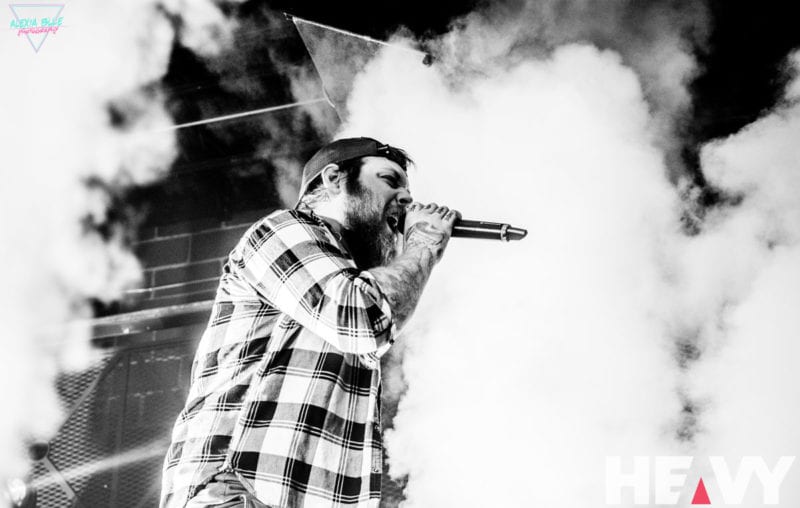 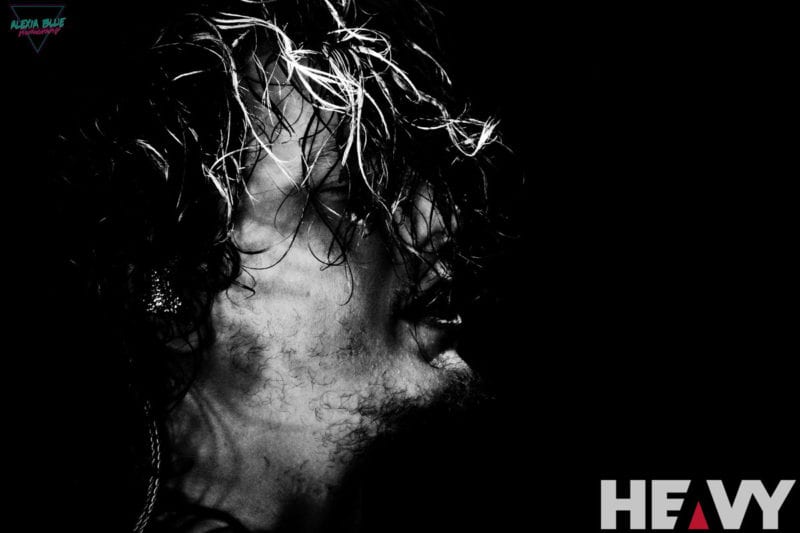 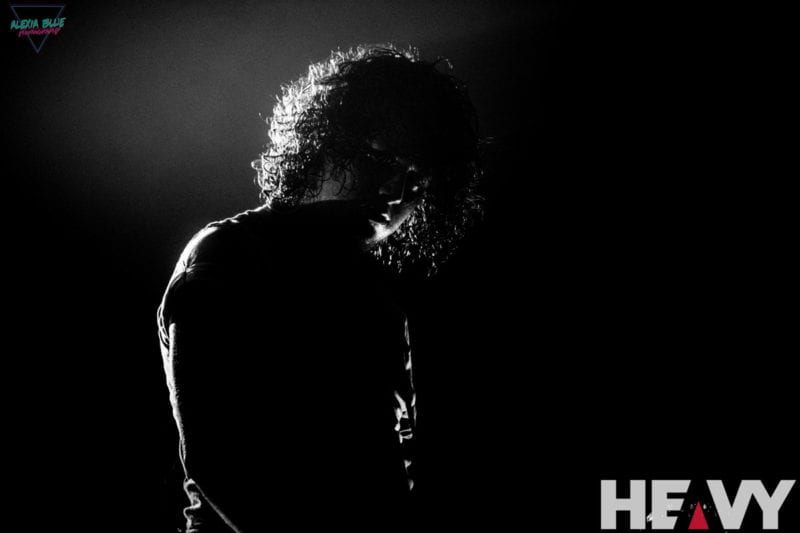 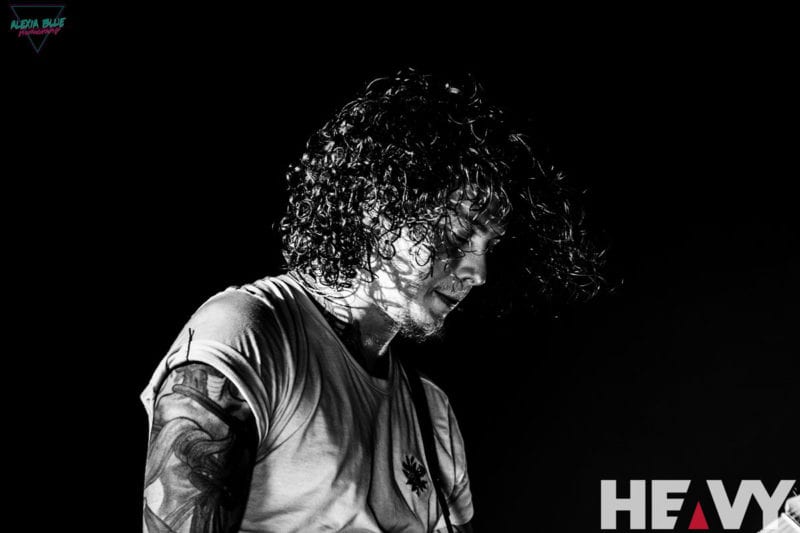 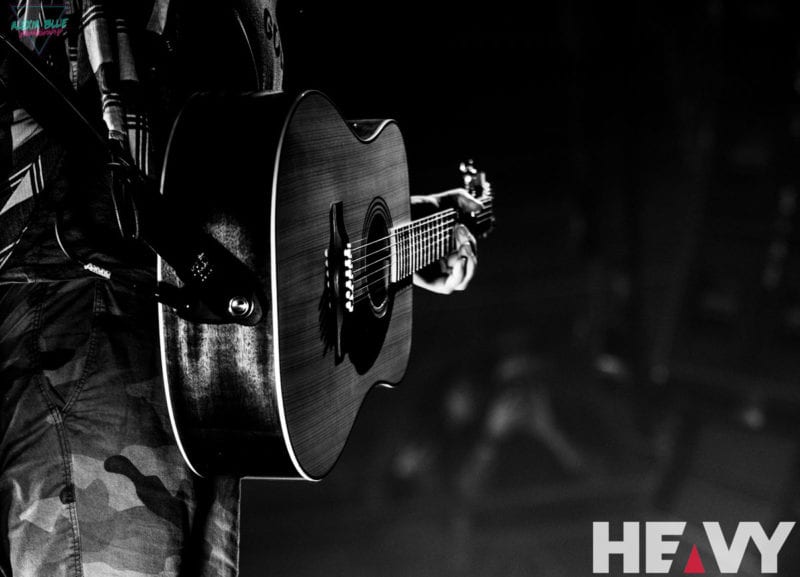 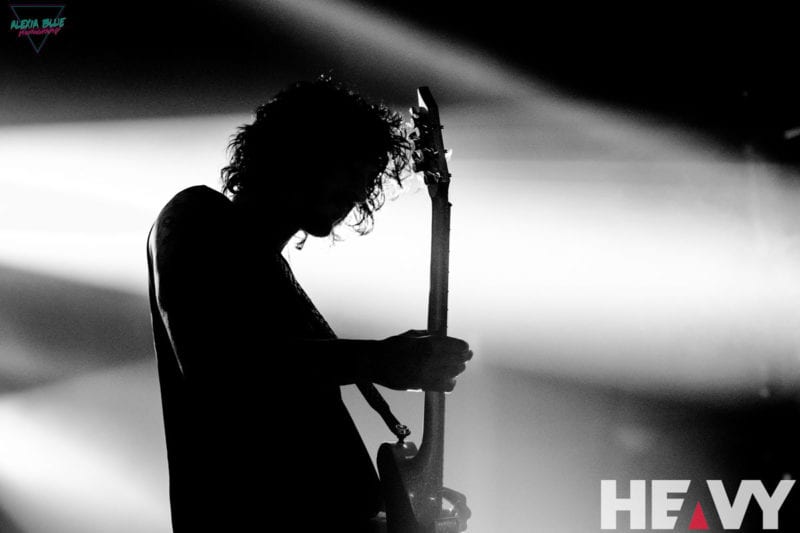 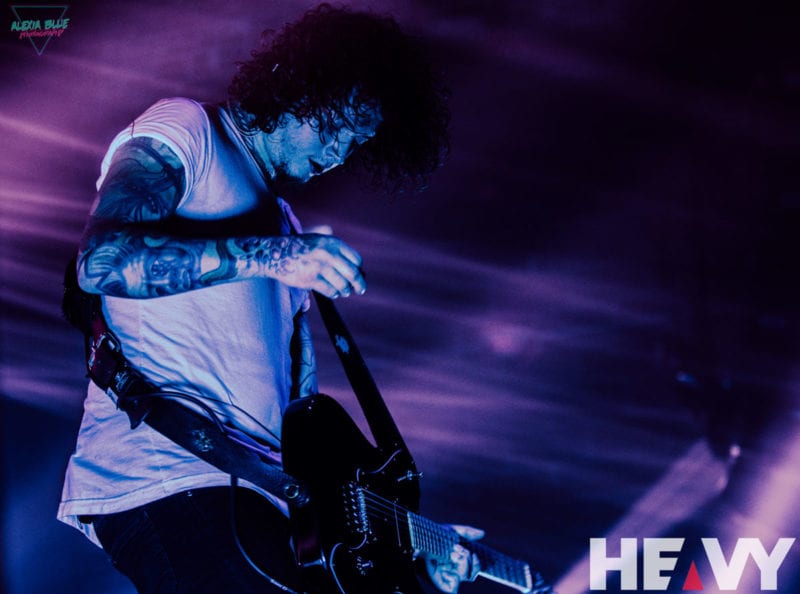 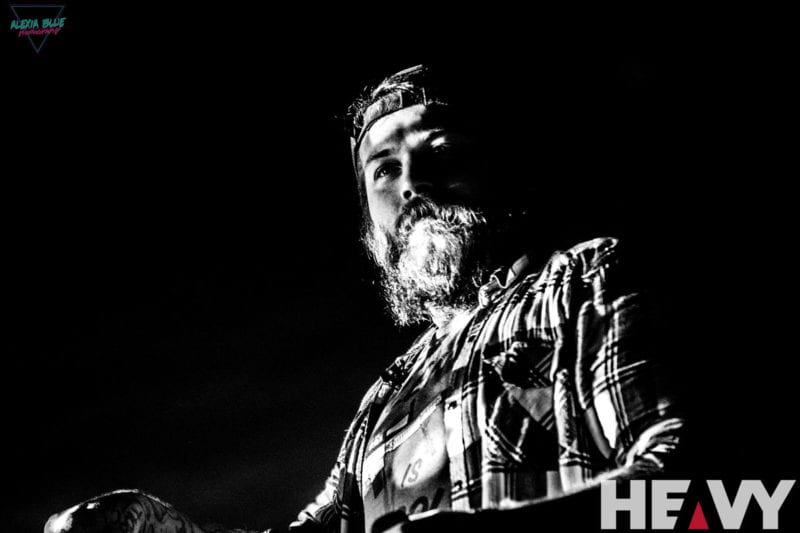 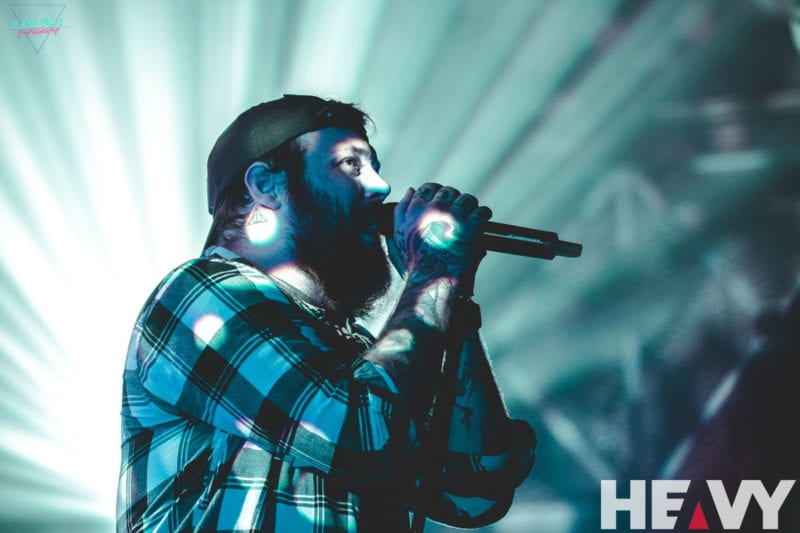 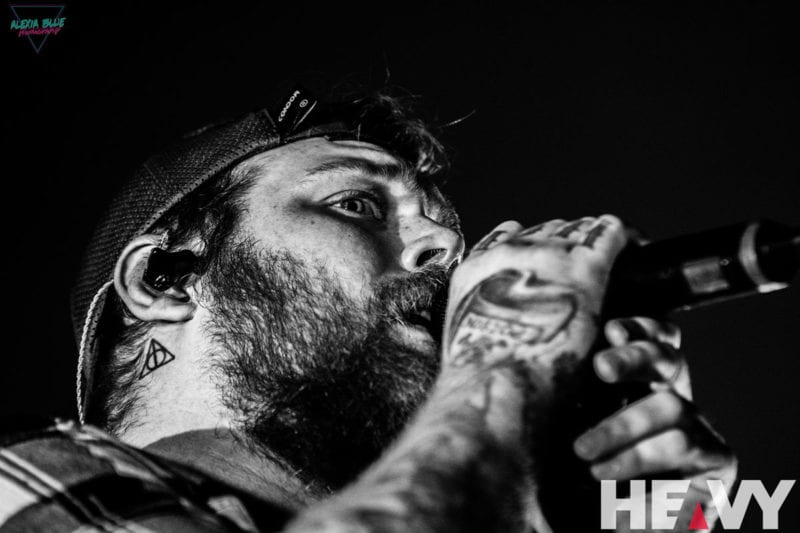 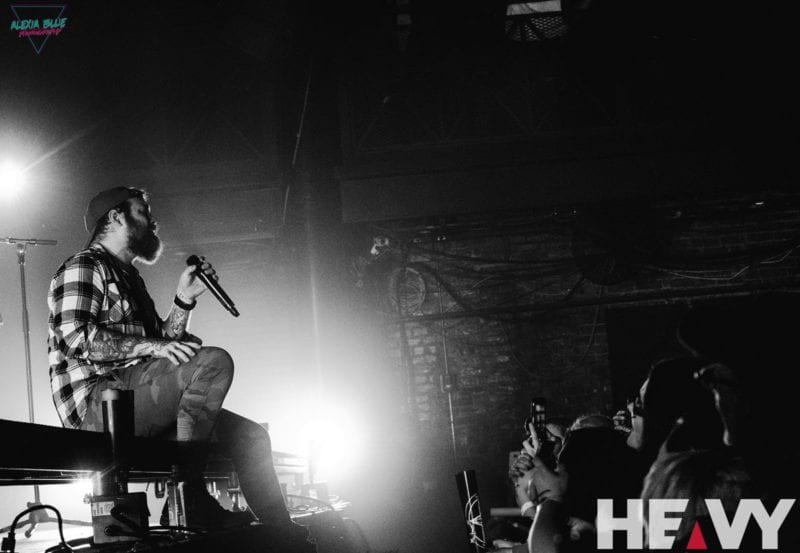 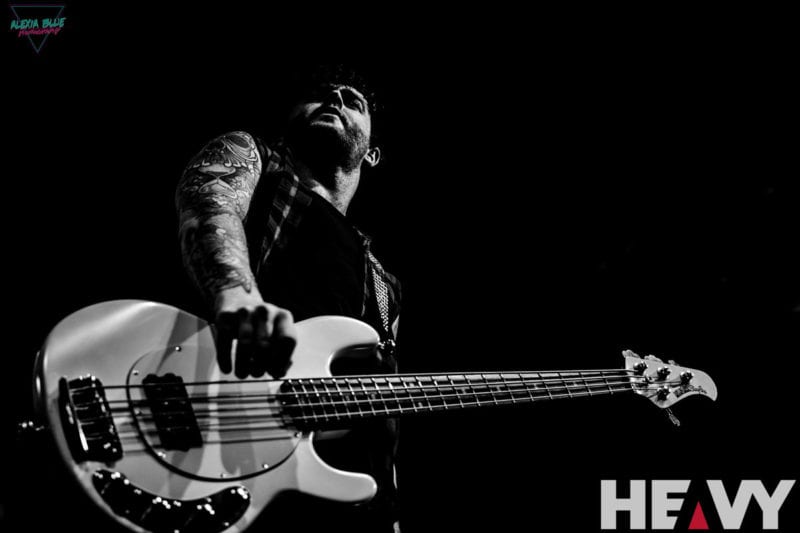