LINDEMANN Get Into A Little F&M 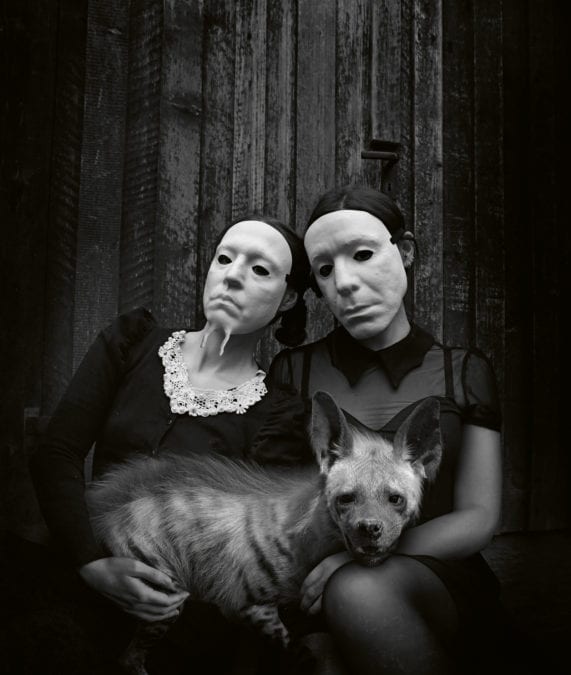 When it comes to modern-day heavy music Swedish musician Peter Tagtgren has to be considered a modern-day musical genius. From his work with Hypocrisy through to his work with PAIN the man’s creativity has been there for all to see for a number of years now. Then came the time that he teamed up with Rammstein’s Till Lindemann and created the album Skills In Pills in 2015. The album is to Heavy Music what albums like The White Album and Purple Rain are to Pop and Rock music. It stood head and shoulders above anything else around at the time and deserved the title of ‘modern-day classic.’

Now Lindemann are back with their brand new album F & M – another stunning album that only further showcases the amazing work that seems to magically appear when Tagtgren and Lindemann put their minds together. HEAVY Magazine was called up Peter Tagtgren to find out exactly what went into this album.

“We actually started it right after the first one,” says Tagtgren which may come as a surprise due to the four-year gap between albums. “We started writing this theatre piece (Hansel And Gretal) that they wanted us to work on. They wanted us to do a couple of songs for this Hansel And Gretal thing that they were doing, but they wanted more bizarre shit. Till was already involved with it so they asked us if we could write a couple of songs for it so we did. We did like two songs and then we just kept on writing after that. That is the second time in a row when we started out with a couple and ended up with twelve or fourteen songs… I don’t know what the hell happens.”

Fans of Lindemann have been eagerly anticipating the release of the tracks from Hansel And Gretal so they will be pleasantly surprised to learn that they are to be included on F & M. The experience of writing the tracks though seems to be something that Tagtgren didn’t particularly enjoy. “It was hell,” he says with a laugh when I ask him what it was like getting to work on such a production. “It is something that I would never do again but it did end up being a pleasant experience in the end. You have to consider things from their point and not from your point so it becomes a little tricky.” 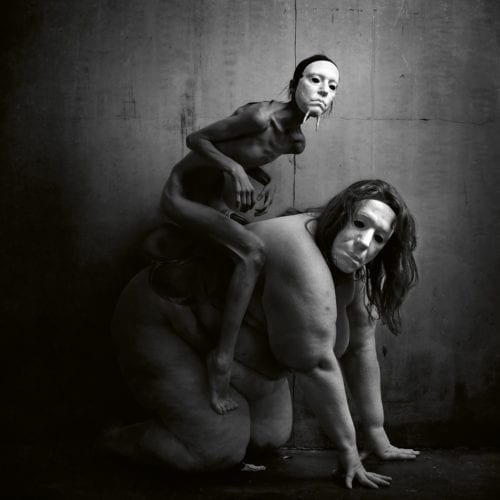 “To be honest though I had only heard Hansel And Gretal as a child so it was all banished from my brain,” he continues. “They would explain what they wanted and we just write it, it is like a jukebox or whatever you want to call it. But when you write your other stuff (personal stuff) you are in a different mood, your brain is telling you what you are going to write… it is the same thing in a way it is just coming from different places. On the other hand when we are writing for ourselves Till might come up with a riff or he may come up with some vocals, it doesn’t really matter where it comes from, if someone sends a request you do this or that it is always fun to have challenges that someone asks for. Then it becomes a matter of ‘I am going to prove that I can.’”

One of the surprising things about Tagtgren and Lindemann working together is that they find any time to write music given that they are both so busy with their ‘regular’ bands, but Tagtgren says that surprisingly it doesn’t get in the way very often. “We are constantly writing,” he says. “The internet is a really big help. Till will have an idea and send it to me on SMS or whatever and I kind of trigger off that and start writing a 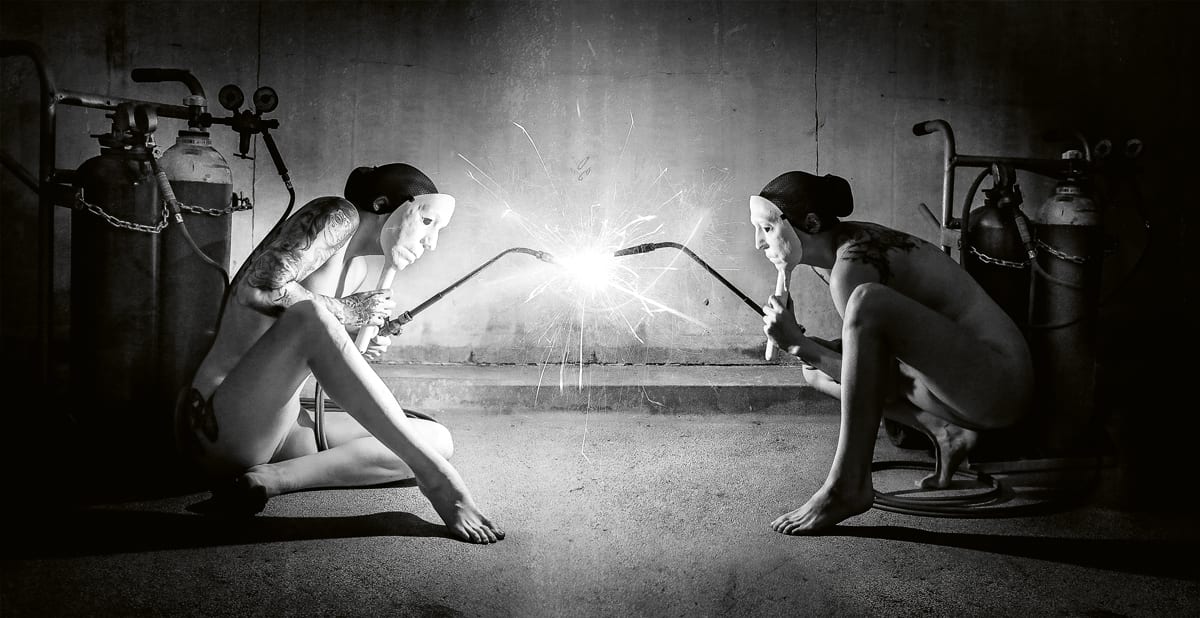 song off that. Or sometimes it is the other way, I have an idea and send it to him and he triggers Till. Today that is easy. Then we catch up and do the vocals in my studio so there was a few trips to do this album. He flies in from Berlin, that’s like one hour on the plane and then two hours on the train and he is at my place. There are always gaps here and there though…when you have to take a break to have a shower or brush your teeth… but we come back.”

When you take a listen to F & M one of the things that hits you is the diversity of the album. From the theatre-like tracks of Hansel And Gretal through to the traditional industrial metal and the rap of ‘Mathematik’ there is a diversity here that is seldom heard on albums these days. Tagtgren says though that was not something they planned while writing the album. “We didn’t think about making a particular up-and-down very schizophrenic album,” he explains. “When you work on a song that you have been triggered by you finish it off. Then when you are happy with it you put it aside and then you start on the next one and maybe when you are writing that it is something different. Then you put that aside and then when you end up with twelve or thirteen songs you take a listen and you are like ‘What the fuck? This is like a rollercoaster!’ There are so many emotions and changes in music but somehow it all fits together and we love all the songs so we are like ‘let’s just get them on there!’” 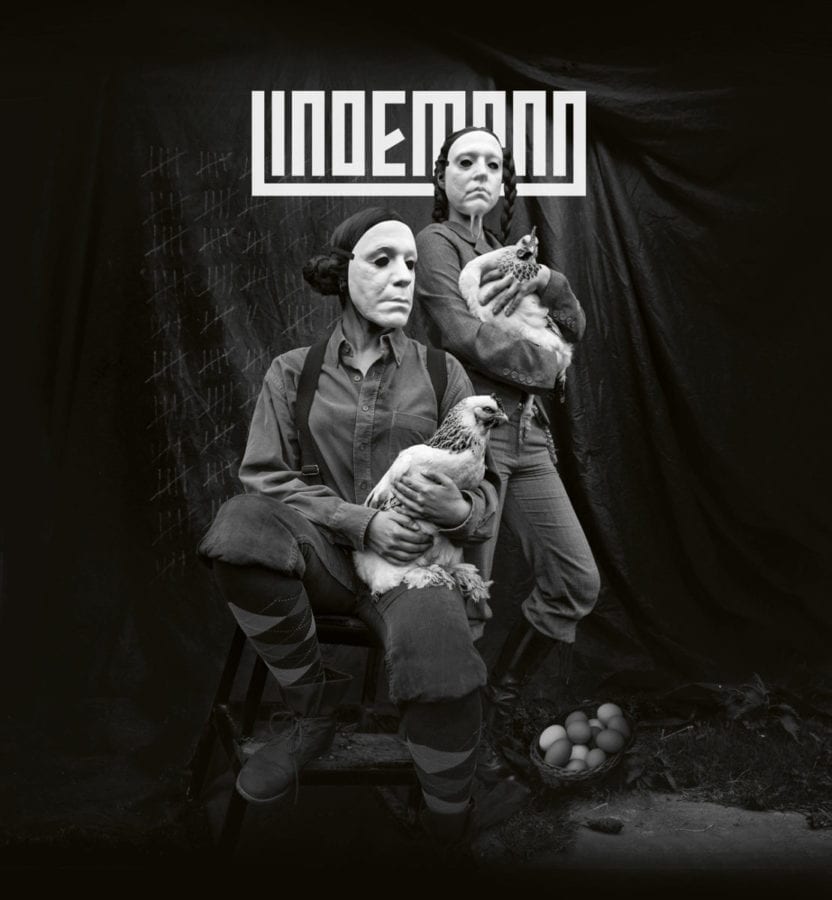