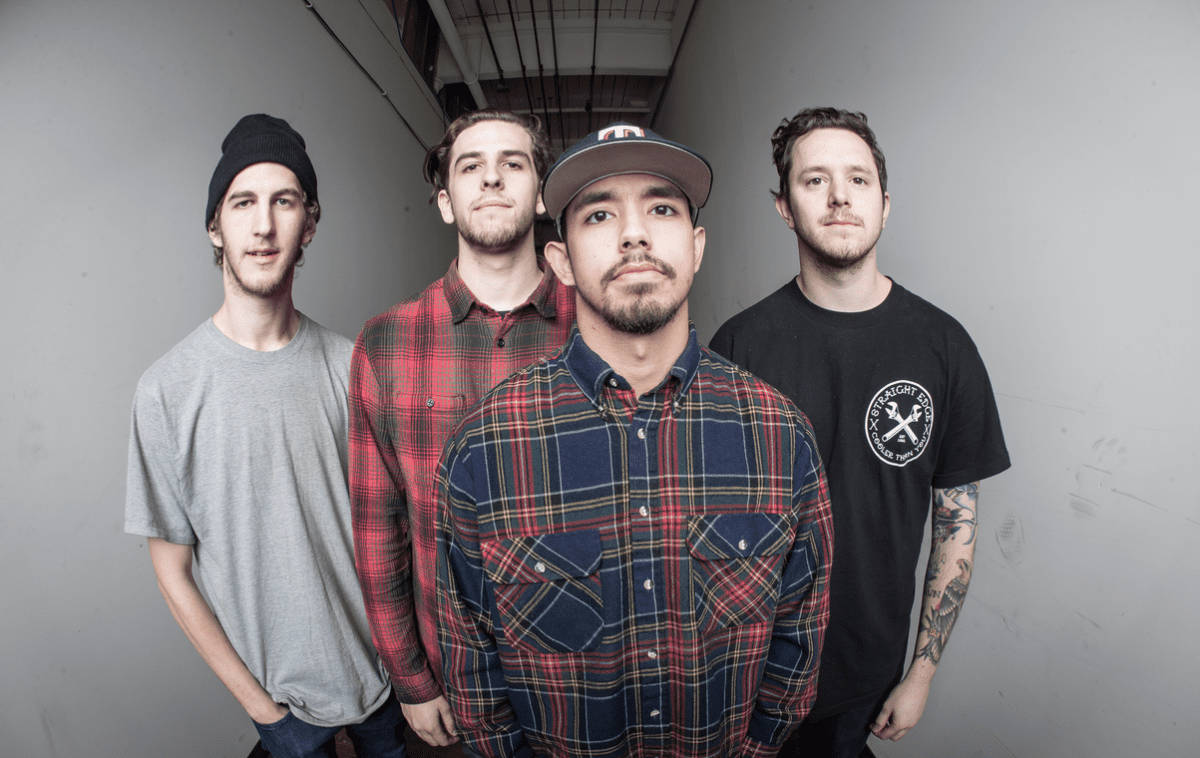 The last few years have seen an epic rise for Texan metalcore band, Kublai Khan. The band has delivered three feature-length albums in three albums with brand new album, Nomad about to hit shelves now. The hard-working nature of the band means that when Heavy Mag catches up Matt Honeycutt, the lead singer (a late replacement for Isaac Lamb, the drummer) is standing outside on the pavement outside the venue that the band has played in that night.

“This whole band started off as a jam band basically,” says Matt as we start to discuss the unique Kublai Khan sound. “There were a few guys and me, and we had actually just come from another band, and we got this band together and looked at each other and said, ‘Who do we want to sound like’ and we were like, ‘Actually, we don’t want to sound like anyone.’ We wanted to pull stuff from bands that we liked, but we wanted to have our own sound. So, I feel like by making that decision, it helped us create a bit of a unique sound that over the years has become really refined.”

As we share a laugh about the band pulling their name from history, Matt admits he hasn’t always been a fan of the name. “It was actually me and the original bass player who discovered the name as we were flicking through a book of poetry,” he explains. “There was a poem called Kublai Khan, and the whole history behind the poem and all that shit is basically the poem was never finished; there was only a certain percentage done, and it has always been up for debate what the poem was actually about and what the secret meanings were behind it. So we chose the name because we are doing this band, and perhaps not everybody will understand what we are about and our story isn’t finished, so we are just going to adopt that name and move with it. We really use it as the symbolic meaning behind the poem rather than just thinking, ‘Wow, this is a cool name.’ If it was up to me, though, I don’t know because everybody says it wrong; they spell it wrong. So it was probably a bad thing in the long run, but I love it, as well.”

Matt laughs when I mention the hard-working nature of the band. “It’s been a trip,” he says. “I remember our first show, and I was still in high school, it was the first day of the second semester back in my senior year at high school, so I have been doing this for going on ten years now and the hardest part has been finding the drive to want to keep doing it. Because when you think about it, for doing it that long, so many opportunities and life choices come your way that you really have to make an off-the-fly decision on what is going to change or alter the rest of your life. I’ve just let this band take the reins on my life and just let it move forward, but, of course, with that comes the doubt and the uncertainty which is the hardest part of the whole process – even over lighting and line-up changes and all that. Because all of that can come and in time be fixed, but dedicating your life to it is the hardest part in my book.”

When it came to putting together their new album Nomad, Matt says the hardest thing to deal with was the distance between the members. “Our guitar player lives about two or two and half hours away from where we practice,” he explains. “So once or twice a week, he would have to drive all the way up, pick me up and then we would cross the state line over into Oklahoma, and we would drive up there, and that’s where we would practice. The guitar player has a kid and stuff, so, of course, the kid comes first. There were few days where he couldn’t because his daughter was sick, and with that came a lot of strain, as well. Because we were like we only have a certain amount of time, and so we wrote the album with just the three of us. Then, when we got to the studio, we took the whole week off and just jammed and jammed and then hammered out all the songs, and then even write some new songs in the studio. So it was a bit stressful, but I feel that the way that we write music is very organic because we just grab our instruments, and then just jam and then say, ‘This sounds cool, and this doesn’t’, so I feel that enhances our sound. So, yeah, it was a bit of a challenge, but it did really pay off.”

Matt also says there was a lot inspiring the band when they were working on the lyrics for the album, as well. “We were inspired by everything,” he explains. “I typically write most of the lyrics from things that are personal to me, whether it be things that have happened or things that I have been through or one of the other guys has. But it is one of those things that there are things like living in the United States or living in Australia, where there is a huge amount of injustice and social issues that happen, and I think that there is never a lack of inspiration if you look at the world around you. There is so much chaos and stuff going on it is so easy to get frustrated and annoyed with everything going on to the point where you say: ‘Man, I have to say something about that.’ Then you feel really driven to write about it. I think it is one of those situations where if you see something bad happening and you don’t say anything, then you are just as bad as the perpetrators. A lot of people are scared to say stuff and put their words out there, but at the end of the day, that is what is going to bring about change. People’s actions and people’s words. As far as change, people shouldn’t be afraid to put those things out there; it’s a fact of the world that we live in today that there are a lot of people out there who are happy to just put their head in the sand and just not worry about.”

The new tracks off Nomad have also lent themselves well to the Kublai Khan live set, and Matt says the band are enjoying playing them. “We’re playing about three or five new tracks at the moment,” he says. “They have been going over really, really well. It’s always scary when you start playing new music because you never know what the reaction might be, especially on our third album, but this has really been the best reaction we have had to new music in my opinion. Things are going awesome.”

Nomad is out now on Rise Records, and the band are touring Australia in December.

PrevPrevious.Sexy Herpes – Daniel Mulvihill
Next.Silent Knight and Stu McGill on touring and being on the roadNext