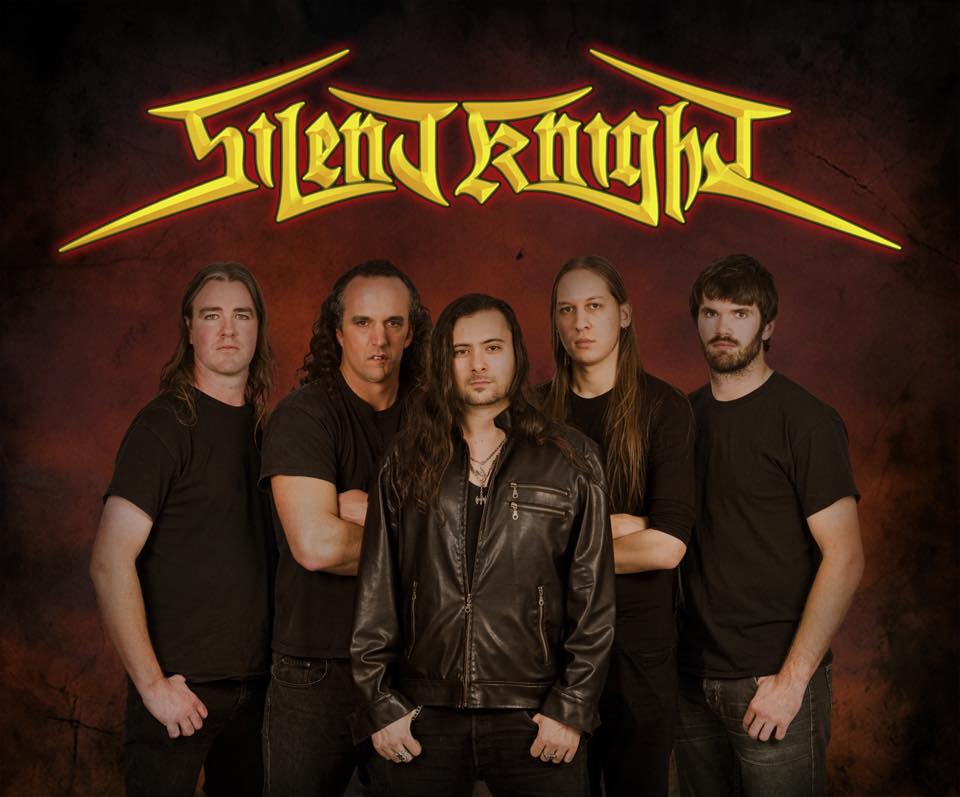 Perth band Silent Knight is about to embark on their first Australian tour for two years. The past few years have been kind to the power metal legends: their albums, Conquer & Command and The Masterplan have been met with critical acclaim, and they have been able to share the stage with the likes of Dragonforce, Helloween, and Black Label Society.

Now, as the band prepare for their Master & Command tour, we caught up with guitarist Stu McGill to chat about what fans can expect.

“We’ve been playing together now for about six years,” says Stu when asked to introduce the band to our readers. “We’re a power metal band, and you’ll probably like us if you like bands like Iced Earth or Megadeth. We’re more traditional sounding, so more like your 1980’s speed metal kind of band. The band got together, I started writing some songs, and then I met this other guy Cam [Nicholas], who is a guitarist, and we hit it off and then just started writing together. We wrote a stack of what we thought were great songs and then we went out looking for band members and didn’t have any trouble finding them.”

We move on to talking about the bands that Silent Knight has shared the stage with, and Stu says it has been a surprising ride. “Oh, man, the Helloween one… I was just looking at the photo from that a couple of minutes ago. When we first started out, I just thought that I would be thrilled to do some big shows in Perth or something like that or perhaps have the chance to go to Sydney, Melbourne or Brisbane… something like that; anything more than that was just going to be a special bonus. But then like Helloween was one of those bands that I idolised when we started out, but I thought there is no chance that they will ever come to Australia, yet alone, Perth… it will just never happen.  Then it did happen, and I thought we just have to support them; there is no other option. Then when we got that I thought, ‘Far out, we are really on our way now.’ We were so pleased to get that, and then we supported Dave Ellefson from Megadeth when he did his book tour, and that was another amazing opportunity. Then there was Zakk Wylde’s Black Label Society and Paul DiAnno and Blaze Bayley from Iron Maiden, Korpiklaani, and Dragonforce; we got to hang out with those guys as well. We’ve had lots of great shows with some luck as well, but it has built great momentum. That’s what we are all about, always planning for the next stop and not just resting on our laurels.”

So what is it like when the band receives a call saying that you are going to open for Helloween or a band like that? “It’s a bit weird at the start,” explains Stu. “It’s, like, super exciting but it doesn’t really kick in until you get to the venue, I don’t think. You ask for these gigs months ahead when the tour is announced, and then often you don’t hear anything back for quite awhile, and then one or two weeks out from the gig you get the call, so yeah, you have always to be prepared. You’re always rehearsing in case these things come up, so obviously, you’re ready. But for me, it doesn’t really sink in until I rock into the venue and the banner is set up for whoever the band is, and then you’re like, ‘Oh my God, this is real’ and then the venue is packed out before you get out onto the stage, so it is such a great vibe on the night. Then the other band is there, and they are always super cool to you as well, but to get to play with these guys that we have always looked up to and get to be in that circle is very, very special.”

We begin chatting about that moment when you first fall in love with metal and Stu says, for him, it was when he was a teenager. “It was when I was about fifteen years old,” he recalls. “It was certainly Metallica, and I got into them really hard. It was obsessive, really. That was when I started to play guitar, and then I think I leaned onto a little bit of Pantera after that and then I discovered Megadeth and became obsessed with those guys. That was foundations there, and then Iron Maiden came along after that, and then power metal after that – so bands like Iced Earth and Helloween, Blind Guardian, Hammerfall… stuff like that. It evolved from there, but like most teenagers, that is where it starts and then it moves on to other things. You might go onto super heavy from there or even something melodic. I went to the more melodic side while some of my friends went the other way.”

“We’ve got about an hour long set prepared,” says Stu when I ask him what fans can expect to hear on this tour. “We’ve got a pretty good mix of both albums, and we’ve been rehearsing some tracks from Conquer & Command that we haven’t played live before so those will be added to the set, and then we have a cover thrown in there for some fun. It’s always nice to have a cover in there of a song that everybody knows, in case there are people there that haven’t seen the band before; that helps to break the ice for those people that are there to see the other bands. It’s an absolute neck-breaker of a set, though. There are no ballads in there, no slow songs in there…. very little talking. It’s just us hammering it out for the entire set, that’s how we like to do it. We’re not going to travel to the other side of the country just to tell a story… we’ll do that with music.”

Stu laughs when I point out that they have three gigs in three different states in a three day period. “You’ve certainly got to pace yourself,” he says. “Especially coming over from Perth where there is a three-hour time difference in summer. We end up leaving about 5 am to get to Melbourne by lunchtime on the Friday, so you really have to pace yourself, so you don’t knock yourself out. It’s about getting there early and then getting some rest in the afternoon… it’s really rock and roll as you can tell. But you’re not going to be out there drinking until 3 am like all the fantasy stories say; you can’t socialise much, even though you want to. But when you are doing three shows in three days, you’re up and at the airport at 8 am, and aside from the two-hour flight, you’re dealing with airports and baggage and stuff like that, it can be stressful.”

This is a great chance to go and see Silent Knight live because they currently have no plans to tour in 2018, and some of the tracks played on this tour won’t be played live again, so as Molly says: ‘Do yourself a favour.’