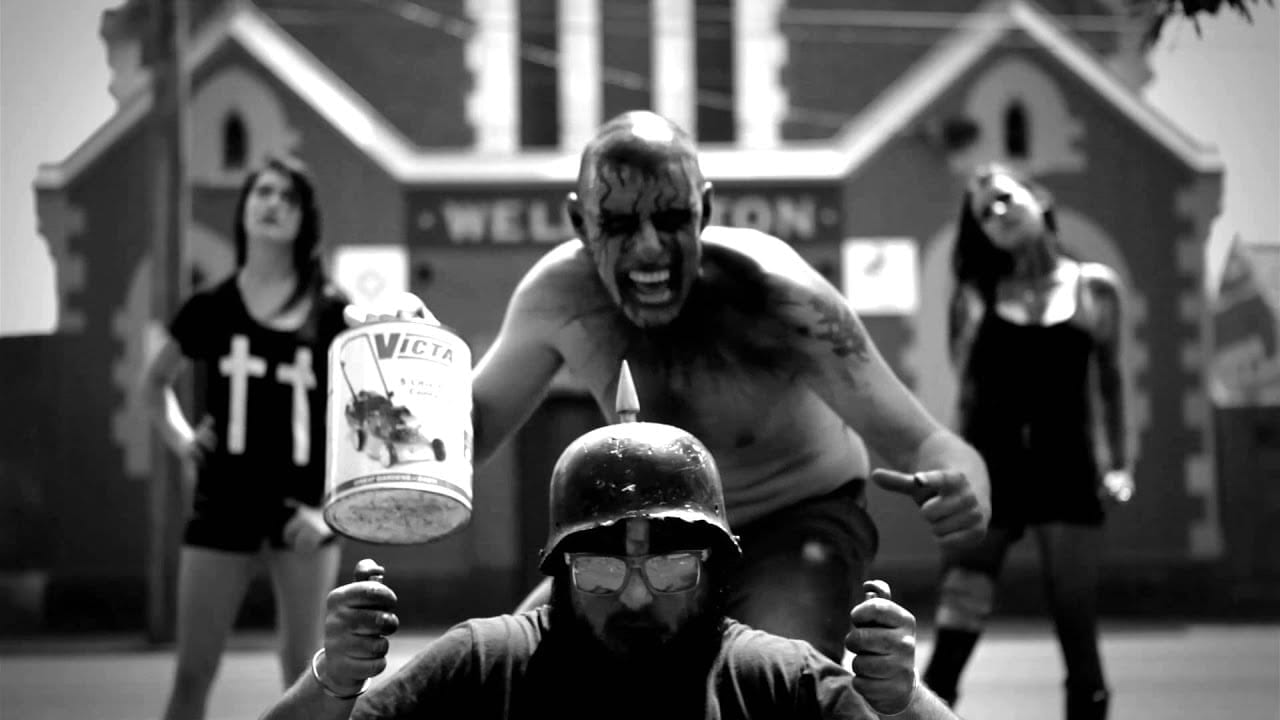 On the eve of their tour with Thrash, Blast & Grind tour with Phil Anselmo and the Illegals, King Parrot bass player and all-around nice guy Slatts Everyday took some time out from his 23 hours per day practice schedule to give us all the necessary information (and some you probably wish you didn’t)…

Kicking off tonight in Canberra all but three shows have sold out, with Slatts admitting Phil should be grateful to the King Parrot boys for generating such a fanatical fan response.

“He was actually saying to me just earlier I don’t know where I’d be without King Parrot,” Slatts affirmed, “and I said you’re definitely fucken right there mate! Everyone knows the real headliner is on second last”.

To those three venues that have yet to sell out – and yes I’m going to name and shame – Canberra, Perth and Newcastle, Slatts could only shake his head and mumble.

“There’s not much I can say but I will tell you what if you come along and see you won’t forget it. Geez, we’re ugly”.

In an interview with HEAVY late last year Phil confirmed that he would be revisiting some of his Pantera classics but stopped short of revealing just which ones. While Slatts is known for his offbeat sense of humour, he, unfortunately, isn’t for a big mouth.

“Look, I don’t wanna spoof too early mate”, he deadpanned when asked if he knew which Pantera classics would be released from the vault. “You’ll just have to buy tickets and come along and if it’s sold out in your area tough cocks”!

Subtley, I slip in a quick question as to what songs Slatts would like to hear personally, but again he expertly deflects the attempt.

“I don’t listen to Pantera mate, so I wouldn’t know”.

In the full interview Slatts discusses the free show in Sydney on April 1 and whether it is, in fact, the real deal or an April Fool’s gift, how King Parrot convinced Phil to come to Australia, their relationship with Phil and the humble first meeting, Phil as a person, THAT video for ‘Like A Rat’, what the boys got up to in their recent downtime, the next album and how it is progressing, the bands plans for the rest of 2019 and more.