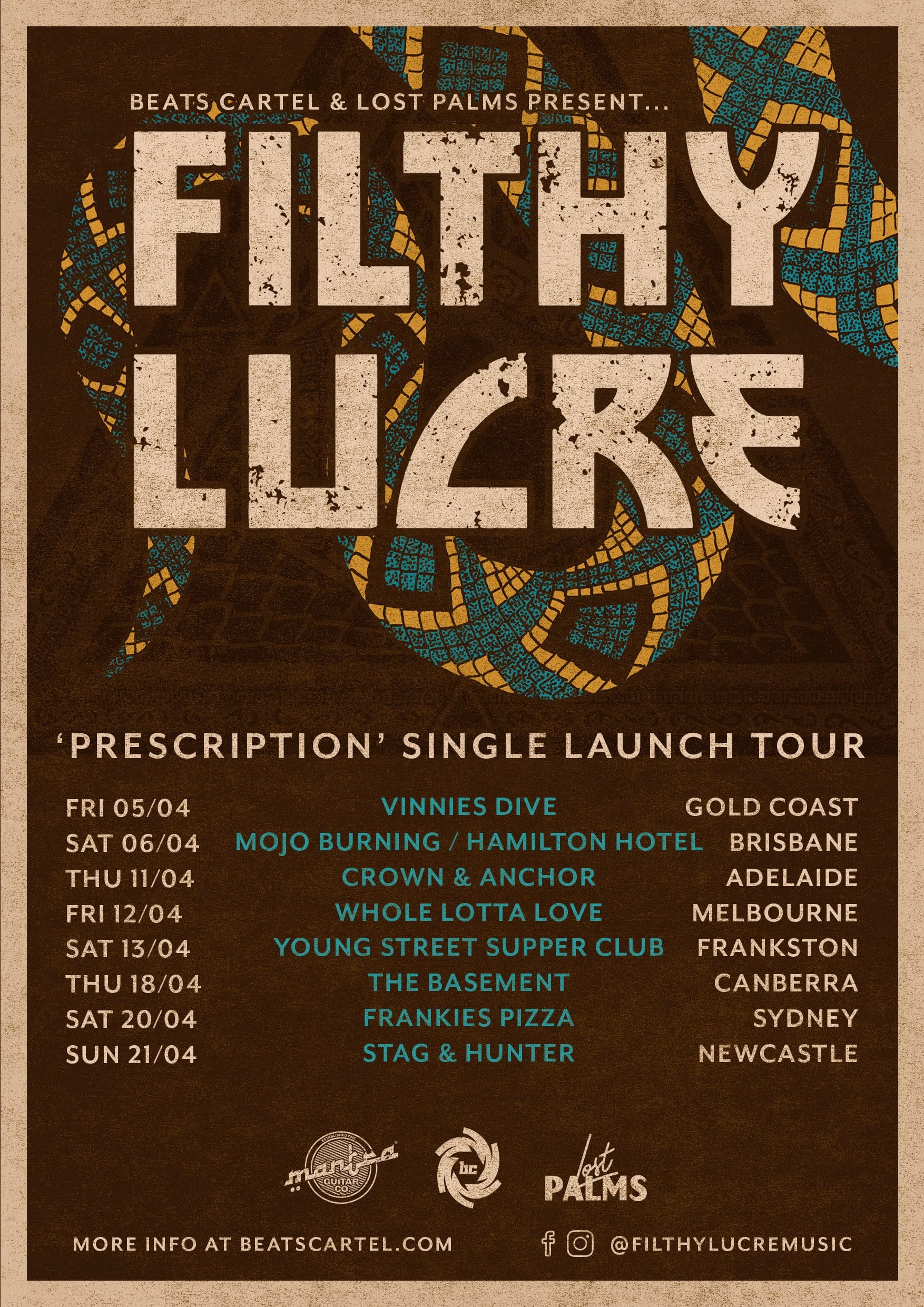 Filthy Lucre are back with a definite harder edge. New single “Prescription” smacks the world in the face but us metal types here at HEAVY Magazine. We’re also announcing a national tour! *All show details and on-sale tickets at www.beatscartel.com

With their first release since 2016, the new single hints at a new heavier direction for the band, previously known for their Blues to Rock crossover material. “Prescription” possesses a modern darker vibe.

Ed Noble, drummer in Filthy Lucre says of the upcoming release, “Prescription is everything Filthy Lucre but distilled and condensed into a faster paced, harder hitting, and more aggressive piece than the band has put out previously. Big riffs, barbaric drums, and captivating vocals make this single a standout call-to-attention in the world of stoner/desert rock.”

The tour sees the band line up at annual Blues/Rock/Psych event Mojo Burning in Brisbane alongside the likes of Tumbleweed and The Vasco Era as well as joining forces with Greek heavy lords 1000Mods in their home town of Adelaide amongst regular headline dates through NSW, VIC, ACT, SA and QLD.

With previous success in landing supports for such epic bands as Truckfighters, Radio Moscow and ex-QOTSA legend Nick Oliveri where the band played a full Kyuss set, Filthy Lucre are no stranger to hard work and underground success, hitting Australia hard on top of trips to Europe where the band smashed out sets at Lake on Fire Festival (Austria), Free tree festival (Austria) and Sound Violence Festival (Portugal) along with recording albums with Sylvia Massy (Tool/RHCP).

*All show details and on-sale tickets at www.beatscartel.com

*All show details and on-sale tickets at www.beatscartel.com