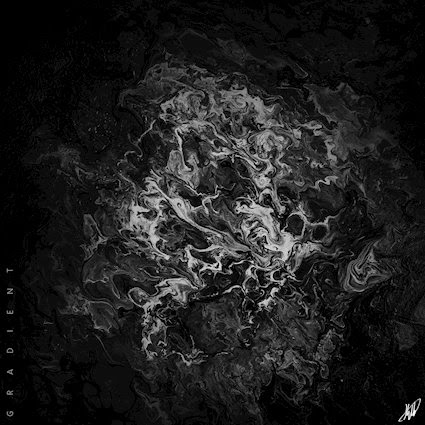 Keyan Houshmand is a young Australian Youtuber who has been grinding away for a few years now on the platform. He offers quality advice in regards to modern guitar techniques for all skill levels and is really down to earth with a pleasant vibe and easy to navigate tutorials.

Recently, he has been recording a 3 track E.P entitled Gradient, consisting of cutting-edge instrumentals that djent as much as they transcend, a musicality that has inspired and earned respect from his peers.

Rather than pull our collective dicks with wishy-washy song titles that evoke anything but what is conveyed by the music, he has instead opted for descriptors among the colour spectrum with song titles, Black, White and Grey respectively.

The South Australian shredsmith covers a wide range of feels with his Jackson guitar tones, backed ably by several industry standard plugins such as Submission Audio’s Eurobass, Doubletap and Grovebass, coupled with what sounds like Superior Drummer. But it’s his command of FL Studio that gives the overall feel a realism that most young bands could only dream of.

First track Black has Jared Dines feels, but combined with an epic backing soundscape of droning synths and a soul-destroying snap of a drum line, will make you bang your head in sonic appreciation.

White presents itself as more technical and sits somewhere between Animals As Leaders and Steve Vai, with the taste of Joe Satriani thrown in for good measure. It’s a fretboard work out, but is accessible to the average rock fan due to its gorgeous tones and lush chordal work, emphasized by a beautiful piano finale.

And finally, finishing off the trifecta is Grey, which as you can imagine, is a combination of the feels of the previous two tracks, but with that rainy day vibe thrown in amongst the drop tuned 7 string battering.

For fans of The Omnific, the aforementioned Animals As Leaders and modern instrumental music in general, Gradient is out now on all music platforms.