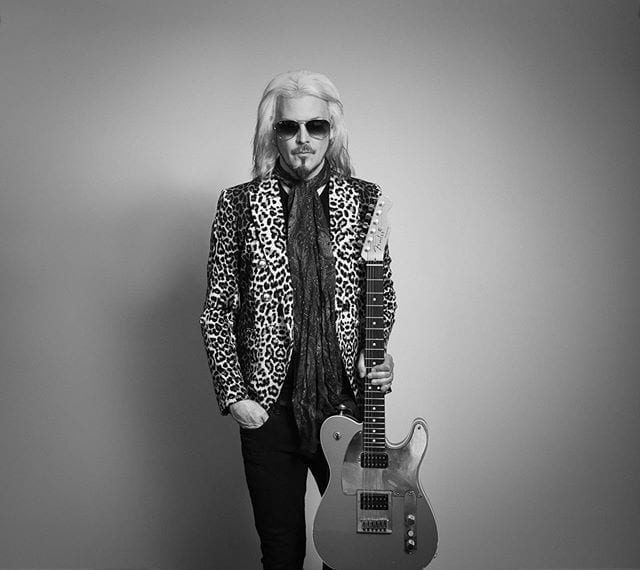 Better known for performing with artists such as Rob Zombie, Marilyn Manson, Rob Halford and Alice Cooper, John 5 also has an instrumental solo career, with his latest album Invasion seeing him announce a tour of Australia with his band, John 5 and the Creatures, next year.

Invasion covers many genres ranging from rock to metal to country to electronica to funk, with John admitting his broad taste in music always somehow manages to creep into any new music he creates.

“I’m just a fan of music,” he shrugged. “It doesn’t matter what style it is, I just love music in general. I love country, bluegrass, western swing, rock, metal – anything. Anything that’s done really well I respect and I study and I learn then I play it”.

The second song on the album is simply titled ‘I Am John 5’. It is an interesting song that repeats the title numerous times, with John revealing what it is about the song that made him give his name to it.

“Here’s what it is,” he began. “It’s kind of like introducing myself to the listener and saying this is who I am and it kind of takes you on a journey. I also put it through this kind of talk box like Alice In Chains uses and I used that to say the words ‘I Am John 5’ like a robot, so that’s what the cover is too – a robot with a guitar destroying everything and all he says is ‘I Am John 5’ so it’s a lot of fun”.

In the full interview John talks more about Invasion, why he has chosen to stay instrumental on his solo albums instead of using guest musicians, the difficulties in connecting with the listener in a piece of music without lyrics, coming up with song titles with no narrative for inspiration, what we can expect from next years tour and plans to record the shows live, the differences between playing in bands and doing his solo stuff, his early days when he moved to L.A as an 18-year-old and being robbed on his first night, the lucky break that gave him his start in the music industry, the biggest influence on his career and more.