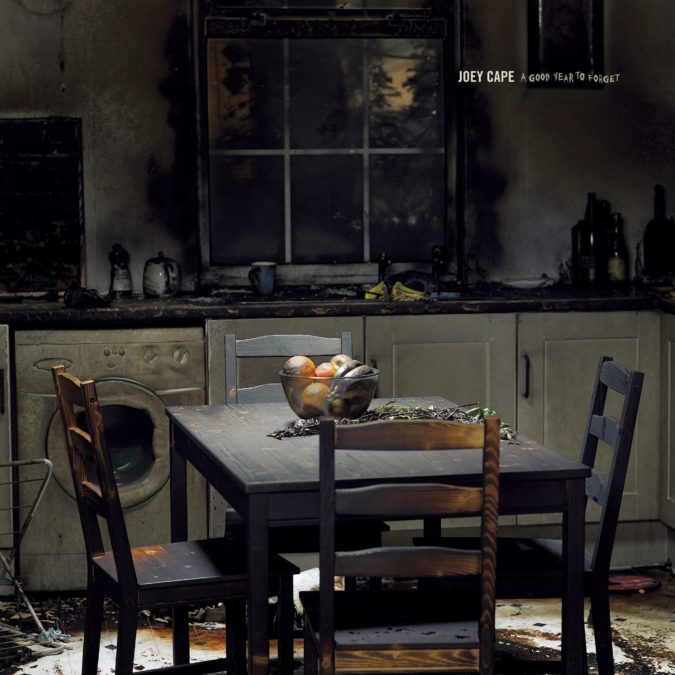 A Good Year To Forget, oath it has been. Lucky for most of us though, we haven’t had to deal with the tragedy of losing a parent, ending a 20-year relationship, catching the filthy Rona, or worst of all having to move back into your parents place due to a loss of livelihood.

What a complete and utter clusterfuck, but it hasn’t stopped Lagwagon front man Joey Cape from writing, recording, and releasing his very own solo album. So, let’s take a listen and see what Joey has to deliver on what I’m feeling may be a very emotional ride.

Album opener and title track A Good Year To Forget pretty much sums up the above mentioned trials and tribulations with a sombre acoustic ballad. You can really hear the emotion in his voice during this track, and it’s delivered simply and effectively. Definitely not something you’d expect from a punk rocker, but tough times call for creative flexibility,
and this is a pretty good warm-up flex!

Nickel And Lead continues the acoustic treatment, and although a little more upbeat, is still another stripped back ballad. Simple guitar melodies flow over simplistic chord progressions, basic percussion and the haunting soft vocals of a punk vocalist mellowed by one hell of a tough year.

The Poetry In Our Mistakes doesn’t stray from the path of its predecessors, and we again hear another ballad of acoustic guitars, soft percussion and sombre vocals. Clocking in at 2- minutes and 10-seconds, the track is a quick story about being wrong, doing wrong and the resulting lessons that hopefully make us a little wiser.

It’s starting to feel like this whole adventure will be an acoustic one, as It Could Be Real kicks off with some more acoustic guitars. This time around, though, we start hearing some drums, and the tempo lifts a little to an upbeat singalong vide.

I’ve been told this before, as I’m probably sure some of you have too, but Joey tells us again to Check Your Ego At The Door. Alright then, ego checked, so let’s get back to the track. Another acoustic track, but this time with a very Country type feel complete with lap steel guitar which we’ve been told is all played by Joey himself. I think Joey has taken this
message on himself, as the album so far, is an honest display of songwriting that leaves its ego at the door.

Although I might very occasionally be wrong, very fucking occasionally, Joey reminds us in We Might Be Wrong of exactly that. You might be wrong, I might be wrong (again, highly doubtful) but he tells us all that we just might be wrong. Probably worth listening to this track if you’re one of those covidiots claiming a fake virus, or one of those doomsday preppers stockpiling enough ass napkins to last a century. Take it from a bloke who had it, or don’t, because he might be as wrong as you.

For a brief moment I thought this album was about to go full disco with a Bee Gees cover, which would have been a breath of fresh air in the middle of this acoustic piece of art, thankfully though, it didn’t. Saturday Night Fever is a song about isolation, and the inability to go out and catch your usual Saturday Night Fever, but instead just having to sit at home and drink by yourself while binging Netflix. Yeah, we’ve all been there.

I’m not going to continue with a blow-by-blow on the remaining five tracks of this album because I’m sure by now that you all get where the album is going. I listen through Under The Doormat, Infertile Ground, Heavy Lies The Head, Fictional, and Come Home and each track delivers the passion and honesty displayed throughout the first half of the album.

If you are looking for a punk rock album, this is not it, but if you want to hear some honest, down to earth, passionate story telling then this is the one for you. The album captures a year of tragedy in an artist’s life and displays an impressive show of songwriting and musical talent. This is the kind of acoustic music I’d like to hear on JJJ, not that hipster Byron Bay shit that gets flogged to death these days. Buy a copy, listen to the stories, and help support a struggling artist!