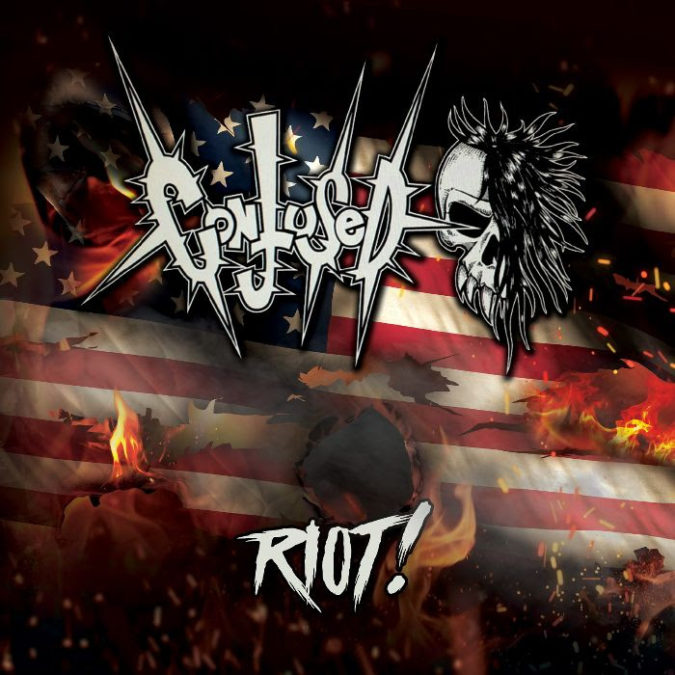 Question: What does a world of pent-up frustrations and diminishing attention spans need right now?

If you answered (with unnerving accuracy) ‘A pissed off crossover thrash/hardcore punk record by Confused’, not only would you be right, you’d also be fuckin lucky, because they have just dropped Riot! Their new album that spans 17 songs over a mere 30 minutes, give or take.

These Texans waste no time in letting you know just how pissed off they are, as well as showing off their pedigree, with the opening 1-2 of Chaos followed by the title track.

Chaos sounds like something Mustaine tried to achieve during his MD.45 excursion, but couldn’t pull off quite as well as this. Riot then shoves the band’s punk influences to the fore. Before Anger Issues sees the lads flex their crossover muscles whilst well and truly letting the handbrake off.

But it is much of the next 10 songs that highlight not only what there is to love about crossover and punk but also, what the shortcomings can be.

After all, 2 minute songs only leave so much room to move. And if you are spending much of those 120 seconds furiously churning out chord progressions, some of the same ground is gonna get covered.

It doesn’t diminish the power of the songs or make it any less enjoyable, but when Confused afford themselves just an extra minute, like on Dead Man Walking, they really make the most of it. Even more so on the follow-up track Hate In Me, where those extra 60 seconds give the band room to explore and expand on the song’s main idea while still allowing time for a ripping lead break.

Then it’s onto album closer I Love Hardcore, brutally encapsulating the preceding 30 minutes as vocalist Al Del Barrio bellows “I love hardcore, if you don’t like it then there’s the fucking door”.

Making sure that after 17 unrelenting songs you may be feeling many things, but confused won’t be one of them.

So there you have it, Confused have written and released an album that not only sounds great but is angry enough, good enough and short enough to deserve 30 minutes of your time….

Over and over again.