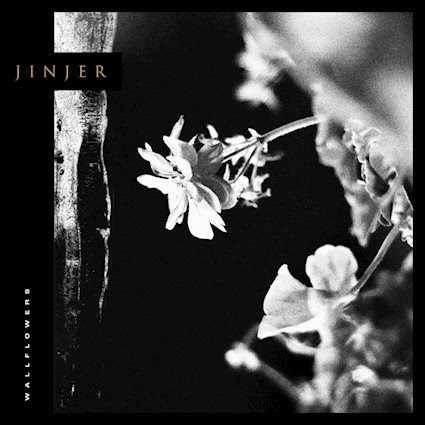 One does not need to bang on about the current state of the world and its not so new limitations, Ten News….wait every news channel has a hourly loop on that topic if you so desire to subject yourself to that a bit more. If not…. let us talk metal, let us talk metal formed from the frustrations of everyday life, where music/art splash too life through the hearts and minds of four people that live to create together in one unified collective.

Jinjer has that unique metal sound, that sound where any concentrating ear will know it is the quintet pounding through the speakers.

Opener Call Me a Symbol makes for an almost barbaric start to this latest offering, with more riff bends than a Black Label Society record played in reverse. The track then tails off into a hauntingly beautiful soundscape with a stack of methodically placed blast beasts from the one and only Vladislav Ulasevich (Drums).

Next up we have Colossus, side note: there must be least 10+ metal songs with the title, good thing it is a radical word! There are some super cool features to this track, it changes from a long-drawn-out classic Roman Ibramkhalilov (Guitar) riff to a beat down rhythmic stomp which transpires into a brain melt fest of fury. It almost goes without saying, we know the abilities of Tatiana Shmailyuk (Vocals) and Colossus gives the listener another WTF moment as Tatiana moves from demonic lows and high screams to 747 height cleans in less than a heartbeat.

A more stripped back track (at least by Jinjer’s standards) follows entitled Vortex, this being the first taste of the new album for all the diehards out there which features an escalating film clip with visuals that pulse and pulse making for a transcendent visual and audio experience. Check it out!

I’m going to go on a limb here and say that this next track, track four, Disclosure!, may just be one of the best tracks Jinjer has ever released. It has it all, that deep pounding rhythmic core that turns into an upbeat b.p.m powerhouse that will have fans rearranging their living rooms with their own swinging arms, legs, and feet as they subliminally lose their shit! Ohh did I mention the dual layered vocals at the start of this track? Enjoy that too, wow!

Full transparency here, I have not purposely failed to mention the bass master known as Eugene Abdukhanov (Bass). I just had to wait a wee bit because track five Copycat is a bass players wet dream!

The way in which he rolls those fingers over the strings is magical, like earlier tracks Copycat pumps along at a very palatable pace… this common occurrence during Mediator is a welcomed ear candy.

You know that feeling a certain heavy metal song gives you? You know when the melody just hits you hard?! Pearls and Swine is all of that, a more straight forward track for Jinjer but do not let that fool oneself as it has truckloads of feel….. and absolutely brutal breakdowns and melodic sections to boot.

You will be shouting “How good is heavy music?!!” to your mates after this one. Crank it!

Be sure to keep said sound system cranked as track seven Sleep Of The Righteous bites its way in like a pit bull being teased with a bone only to settle in with a more angelic vocal courtesy of Tatiana. Jinjer have always managed to take the listener on a journey, sometimes that journey is a bumpy jaggered one and other times it is a beautiful smooth love affair…..

The Informal meaning to Wallflower is ‘a person who has no one to dance with or who feels shy, awkward, or excluded at a party’. This track (in my humble opinion) is a reflection/ metaphor for the constant lockdown situations we have all found ourselves in, and this is the “Jinjerised” anthem for it. “This life is a lockdown” makes for a solid support of such a statement. *Inserts I am stating the obvious face here*. If one could paint frustration with music notes and lyrics, then this track is the colour pallet.

Math like rhythmic patterns and time signatures are just another piece of the Jinjer puzzle and Dead Hands Feel No Pain gifts us with just that, again another peppered-up track that cruises along only to take a dive into another, short-lived breakdown that simply melts the speaker cones!

As I Boil Ice… let us just take a moment to appreciate that song title, shall we? Similar to Sleep Of The Righteous the musical juggernaut settles into a swaying journey of tasteful tones, with Roman, Vlad and Eugene locking in on every front! It is always an amazing experience to listen closely to well-crafted musicianship, and here inlays another fine example of this four piece’s ability to do so.

One cannot stress the importance to finish strong on anything musically created, this is heightened with a full-length album release. Jinjer pulled a power play here and gave us the final track early in form of their second film clip for Mediator. The track tops off a very solid release for the band, giving us everything we love and adore about these badass Ukrainians who have broken the mould, survived the odds, earnt the time and respect from mountains of heavy music lovers worldwide.

The last 18 months have sucked for a lot of people all over the globe, so if you love heavy music, I suggest you use this album as an escape from the spikes of the current world we live in/ are enduring.

You can literally hear and feel the love and fury that has been implanted in it, and it is bloody impressive!