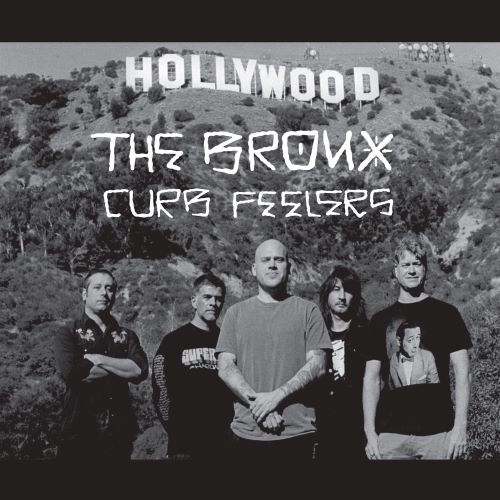 The Bronx, a band hailed for harnessing the “unleashed cries of youthful blue-collar anguish” is a band I’ve heard and heard of before, in fleeting conversations where people have literally lost skin over them, but a band I’ve nonetheless never paid much attention to. Now though, it seems I have no choice as I have been gifted their sixth studio album – ninth if you count the three released under their alter ego Mariachi El Bronx. Aptly titled Bronx VI ,let’s see what this So Cal outfit has to offer.

The album opens with a rocking good time by the name of White Shadow. Well, at least it feels that way until we hear some lyrics telling us to lock up vocalist Matt Caughtran, and to throw away the key. Possibly not a literal message, as the interweaving guitars solos continue to keep up the party vibes of this rocking track.

Superbloom opens with a riff I’m sure I’ve heard somewhere before, but let’s not let that get in the way of a rocking good time. And rock, this one does, it rocks pretty hard, actually. I’m quickly starting to get why people love this band so much. I just like the rocking riffs and the guitar solos, which rock even harder.

The following track Watering The Well kicks off again with a riff I swear I’ve heard somewhere before too. Let’s be honest though, all the good hard rock riffs were written in the 80s & 90s, so let’s just called these “heavily inspired” by that era. The track is a little slower paced than those before it, but I’m pretty sure they are talking about drinking beer, so we’ll run with that for now!

Curb Feelers takes off like a punk song from the 70s or 80s. Basic rhythms and riffs fill the track out nicely, while the quick verse lyrics tie it all together. We get blessed with a crazy little guitar solo in the bridge of the track and then thrown straight back into the shouted choruses. Good track, I dig it!

The band pulls back a little for the next track Peace Pipe which opens with a good ol’ fashioned “ooh, ooh, ooh”. Was the vocalist too stoned at this point to write some actual lyrics? Turns out that’s a no, and I think I may have interpreted the meaning of this song by its title. Never judge a book by its cover they say, or a song by its title I’ll say. Either way, stoned or not, this is a cruisy track which I’m sure you’ll enjoy after a peace pipe or ten.

I’m not sure you’ll be raising your fists in the air just yet, but you’ll probably give these guys a High Five for the rocking good times they’ve thrown at us so far. Up High, down low, too slow? In the middle is where this track sits. Not their rockiest so far, but not as cruisy as the previous track. I always find that relatable lyrics help to drag the listener in, and this track is very simply relatable.

I’ve never been to Mexico, but apparently it gets pretty fucking hot there in summer? Will track number seven Mexican Summer give me the answers I’m looking for? Not sure, but something about horses and flies, secrets and lies and burning down paradise. Sounds like fun, we should do this some time. We should also Salsa to this song, because my salsa makes all the pretty girls want to dance and take off their underpants … or something like that.

New Lows? No, new highs as the album picks up pace again with a banger of a punk track complete with a couple of banger solos. Good times, just like the following track Breaking News which opens with some weird little guitar twiddles and quickly busts into a hard out “oi” style punk tune. Cool story bro, needs more solo … and there we go, all for one and one for all.

I’d hate to say it, but the following track Jack Of All Trades opens with a riff that I’m again sure I’ve heard somewhere before. Not that it matters, because this catchy little tune takes us on its own little adventure about someone who can kill ya mum and fix ya cable. Wait, what? Nevermind, their work around here is almost done, a jack of all trades and master of none. Catchy little vocal line that one.

And this is where I usually hand out a Participation Trophy for the bands who’ve sent me an album to review which doesn’t even deserve my time. This one did deserve my time, though, and I finally got to enjoy a band that I’ve heard so much about before. Honestly, I always thought with a name like The Bronx that they were some kind of hardcore band or something. Turns out I’m wrong, and that they are actually just a hard rock/punk band, and a pretty damn good one. Not my jam, but I’ll probably give this one a jam again sometime.