Not wanting to do something romantic on Valentine’s Day? Then how about sitting down and watching a horror, sci-fi? Yes this Valentine’s Day sees the opportunity for all the horror fans out there to return to the Happy Death Day universe with Happy Death Day 2 U hitting cinemas… and with a huge sci-fi element thrown in this time fans are in for a wild ride.

“It kind of feels like I never left,” says lead actress Jessica Rothe when talking about what it was like to return to this loopy universe. “That is such a fun and cool thing to experience because I have never been able to return to a character or done a television show that has done that. So at first I was a little intimidated by that, I was jumping back into the character of Tree and was wondering ‘Am I doing this right? Is this what Tree would do?’ But honestly so much of the crew and the cast have returned as well that it feels like we never left and that it is summer camp all over again. It is really a mind  trip being able to step back into the same day again and there a couple of really good call-back moments that Chris has interwoven into the script and so there are certain shots that we re-use or mirror and there are certain moments that we try to re-visit or pay homage to from the first film so it has been really fun going back re-living the same day, but by the end of it Tree is very ready to leave Monday the 18th forever.”

Critics talked about the fact that there was so much emotion in the first film and Rothe says those emotional stakes return in Happy Death Day 2 U. “It is so rare to find those emotional stakes in a horror film,” she explains. “Chris, again I have to sing his praises because not only has he written a script that is so funny and so twisted and amazing but it also has these truly, heartbreaking moments – these moments of intense connection. And in Happy Death Day 2 U we certainly have some very intense scares.”

Aside from the scares and the heartfelt moments though there are some incredibly fun moments for both Tree and Ryan (Phi Vu – Logan, Pitch Perfect 2) in Happy Death Day 2 U. “Tree really is owning her own destiny by kind of pushing the reset button herself,” says Rothe. “She has done this enough times to know the rules of the game and she gets to have a little bit of fun while doing it, so in some senses I think it is a case of ‘well if I can do these things without any consequences what would I do?’ Originally in the first film we see Ryan as Carter’s slightly obnoxious, slightly obscene roommate, who pops in at inopportune moments, using not the best terminology for women, but when this movie starts we actually follow Ryan through his day and it becomes very apparent that he is the one that is now stuck in the loop.” 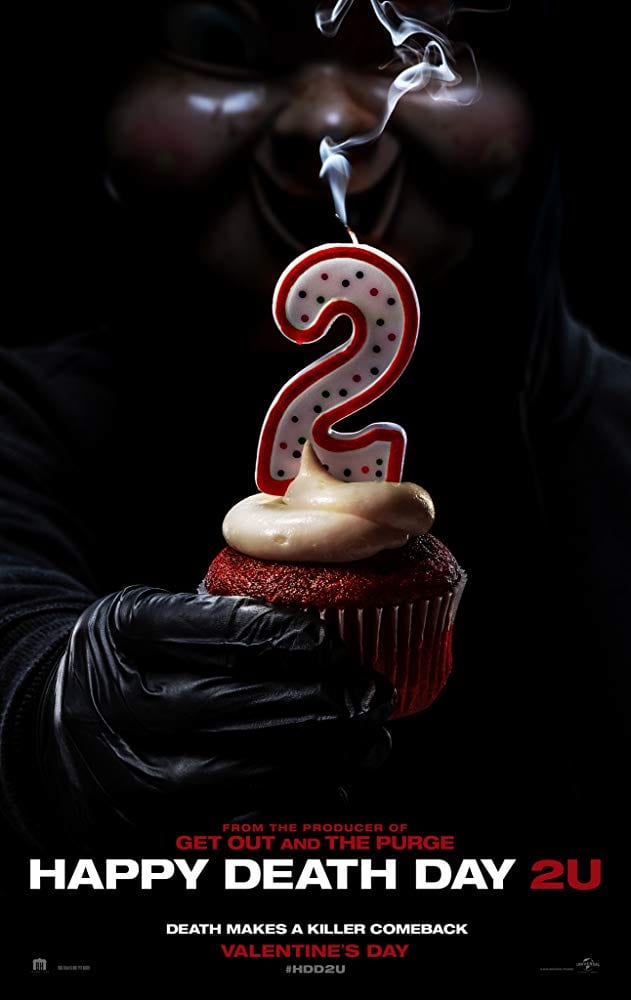