[INTERVIEW] WHILE SHE SLEEPS

“We did it because it speaks for the band a little bit more with what we’re about,” explained Sean Long, guitarist for While She Sleeps about the band’s decision to break away from record labels and become independent.

“We’ve been on labels for a while so it wasn’t anything negative to the label system at all. It’s more so that we felt… with the label that we were on, we felt a little bit neglected over bigger bands and stuff like that. We didn’t feel like we were getting the attention we needed in comparison to how much we were working and how passionate we are. We thought we didn’t have a team that was as passionate as us. Once you go independent there’s more work that comes with it but you get to control that work so your whole creative outlook with the band spreads further than just the music and the imagery and it spills into marketing so we get to oversee everything a little more deeply. Having said that we were so much busier than we ever thought we would be but it’s cool because this is what we want. A lot of things were done before that that we either weren’t happy with or didn’t get okayed by us. There were little things like the way things were pushed out wasn’t the way we wanted it to be so now we can make sure it is as perfect as we want just like we would with the music. Everything else is getting this fine comb put through it. There are different benefits for different bands and it’s worked well with us because my band mates are really strong and really wanted to do it. We took a risk – for all we knew we might not even reach the target – so there was a risk factor involved.”

That risk factor Long speaks of is the decision to fund While She Sleeps’ upcoming album, You Are We, through Pledge music. Although being a risky venture in the interim, the decision more than vindicated itself.

“We got 200% of our target so we doubled what we were looking for,” enthused Long. “We wanted to do it independently as said earlier and we’d seen other people doing this sort of thing and it really spoke to us because it’s kind of what the band has been about from the start but obviously we’d never done anything like it so we got attracted to the idea of seeing how much our fans wanted this album to be a thing and it’s crazy! It’s kind of mind-blowing that it’s not only been a success; it’s been a raging success. We’re really stoked that people are backing what we are trying to do.”

“That was amazing,” Long gushed. “It was the first time we actually got to meet our fans after releasing the first piece of new music, ‘Civil Isolation’. When you release new music it’s always a little up in the air as to how it will be received. You don’t know how people are going to feel about it. It was the first time we got to meet about four or five hundred fans that we’d never seen or spoken to about our music. We got to see them all and they told us how they felt and everyone was just peaking and loving it. That was the moment we were like we think this is actually working and it’s going to work.”

The resulting album, You Are We, is a confronting slab of music that builds on the potential shown on This is Six and Brainwashed and should finally propel While She Sleeps into the popularity they so richly deserve.

“We are absolutely thrilled to finally get it released,” smiled Long. “It took us a very long time to make and we’re all very confident this it is our best work. I’ve listened to it pretty much every day since we finished it so we’re stoked to get it out to the world finally.”
“Musically there weren’t many goals for the album,’ he continued. “We just went in and did what we’ve always done. Obviously, because we’ve changed as people things that we normally would do change and the musical side of it will naturally blossom as do we through our life experiences which have an effect on how the music comes out. I just want this album to reach as many people as possible because I feel that not only can it help people but I’m so proud of it. I just want it to spread as far as it can because I thought Brainwashed was a great album as well but it didn’t get the push it deserved.”

Aside from one early lineup change, While She Sleeps has had the same members for their duration, a point not lost on Long when discussing the band’s success.

“It very, very important,” he stressed on their ability to keep a stable unit. “The singer change was done right at the start of While She Sleeps. I think we were going for about two years before we made that change which was when the band really stepped up. If you’re going longer than five or six years or something and then you have a member change, especially a singer, then that could probably damage the band. Having said that I have faith that if your band is strong enough and the people around you in the band are as passionate and want to do it then you don’t… if there’s ins and outs of the band and someone has to leave there is absolutely no way that a band can’t continue -not only continue but thrive and do just as well. A lot of people would see it as a big downfall but I see it as having to believe you can do it. If you want something bad enough you will do it and you will find a way to make it work.”

In the decade While She Sleeps have been performing, Long says that while any changes musically have been slight, they have also been made in an effort to improve the band’s output and have for the most part succeeded.

“I guess musically the only thing I could say is I feel we have created more space in the songs if that makes sense,” he mused. “The younger we were the less air there was in the songs. We’re still heavy as shit now but there’s more room to breathe in the songs where you can specifically get more of the groove and it’s more… I’m talking from when we were really young until now but when we started off we were just blast beating and shit with riffs and solos and we were a heavy kind of music and as we’ve progressed – especially with You Are We – it’s kind of like we’ve put blocks through the songs and opened it up, that’s how I feel. I guess it’s become a little bit more accessible just because we’ve grown up. Like I said, it’s not something we go into writing with a goal of let’s change things this time and we’re gonna do this-this time. In all honesty, that’s just how it comes out and that’s just how it is this time. It’s just… it is as it is.” 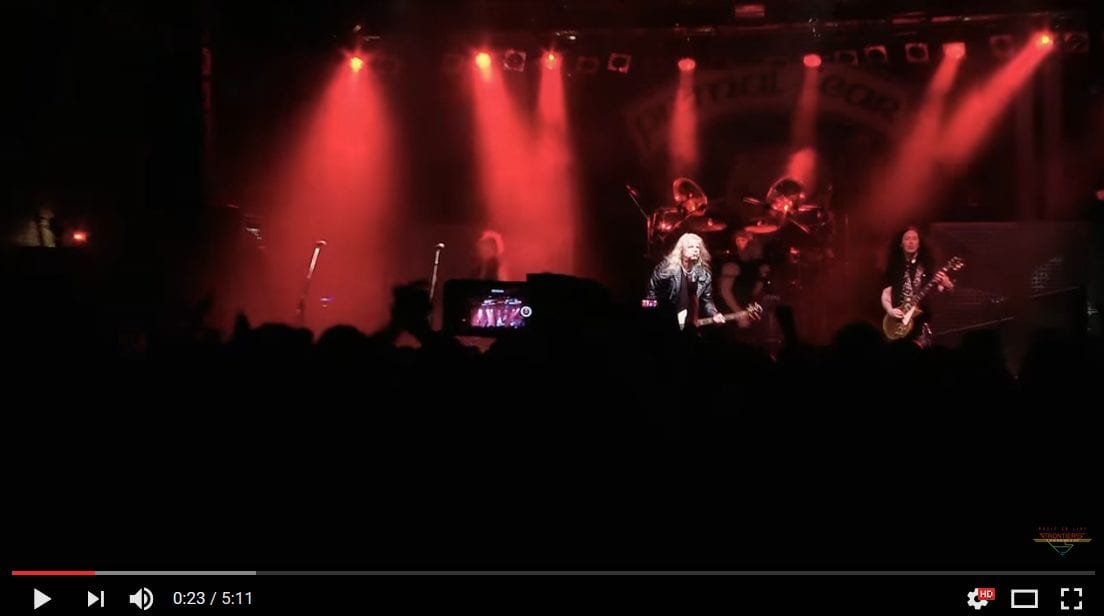