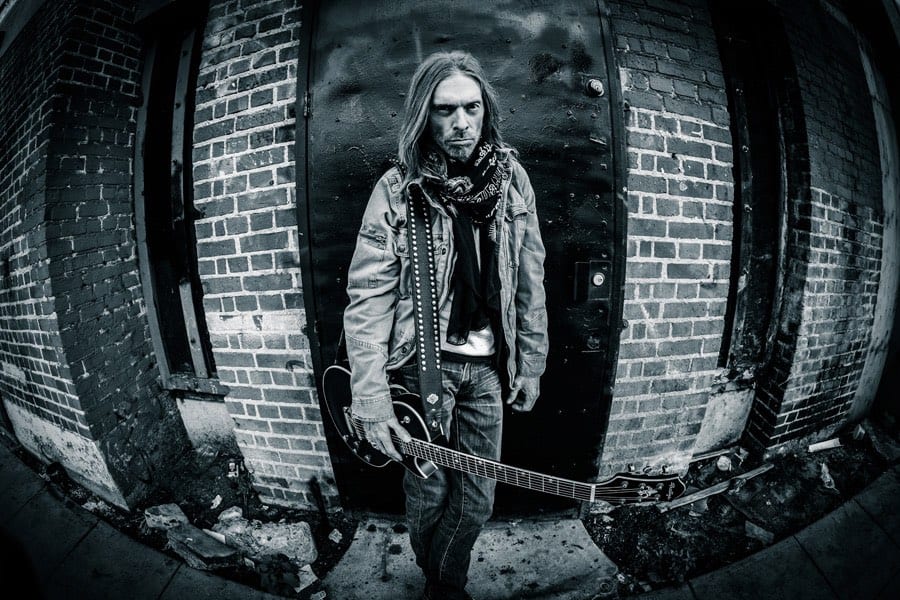 Rex Brown is not a musician about whom you want to make assumptions. I imply Brown’s debut solo album, Smoke On This sees Brown pulling away from metal and onto different musical avenues and he defends his stellar career fiercely, “I’m not pulling away from it, I’ve been playing it for 25 fucking years and I’ve intentionally wanted to go back and play a different style of music.”

“[It’s] my first solo record. I wanna go back, and, you know, I had to think to myself: number one, you’ve been on tour for 25 years of your life and it’s been hard, you know – tour, product, tour product – and I had to take a rest.”

During that rest, Brown had a menagerie of ideas popping into his head, ideas for songs he needed to pen for himself and no one else. “I’m a musician first, man, it’s all about the jam. This is what I wanted to do and I paid for the damn thing and found a magical fucking chemistry with the guys I did the record with, but this is mostly me on this record.

“It’s been a labour of love. It’s been a long process, and it’s exactly where I wanna be right now. I’m not dispelling metal like you just assumed I was, I just wanna play a different type of music. I’ve always been a Stones, Beatles and Zeppelin guy since day-one, but metal is fun to play.

“If you take the Rex Brown moniker off of it, now you’re just talking about music,” Brown continues, “And that’s what I wanna talk about. Not what I did in the past, it’s about today. I’m not forgetting the past, but I’m a musician first and foremost, so this had to come out.” Agreeing, we do just that. We remove the name and look at this release for what it is. Smoke On This is a hard rock album laced with tones of blues, metal, and a subtle country twang. It’s the epitome of hard rock and it’s a great release, one Brown has worked tirelessly on and is unquestionably proud of. “Writing is an incredible process, and instead of putting jalapeños as I just said, just go ahead and do it, there’s nothing to it.

“I’ve been playing rhythm guitar for the longest time – that’s not a challenge for me. It was just finding the voice. I didn’t like the voice for a long time, so we put all kinds of stuff on it, then we stripped it back. Make it real, make it honest. It’s just kind of gripping in the way it lends to tell the story.”

Tell a story Brown’s new album certainly does – single ‘Fault Line’ in particular weighs in on a lot of emotion and heavy passion – it’s his story, but now Brown hands the music over to the listener. “I leave the interpretation to the public, to figure [out] what they want the song to say, to make it theirs,” says Brown. “I don’t give away any of the lyrics, I know what it’s about, what it means I just think someone can think about what I’m doing instead of going. ‘Oh it’s Rex Brown, he’s not playing metal anymore’, they can get over that and just listen to music and music was intended to be listened to.

“I don’t have to do anything. I’ve already had an esteemed career and it’s because of my hard work and my perseverance that I’m where I’m at today and I was able to make this record, and I intend on putting out records like this for a while.”

Brown is certainly suited to solo writing and given the direction he’s adopted for his album, it’s great to hear that he’s got more material on the way. “Oh hell, I’ve already got the other record written,” he says. “We’ve got tons of stuff, it’s just I got to get the tour on start – we’ve got the tour starting in three weeks and you know, here we go.” With no particular formula for song writing and no schedule for inspiration Brown is constantly penning music, taking all the time he wants to get the sounds off his mind and onto the guitar. “I’ve got a guitar sitting next to my bed,” says Brown, “So if I wake up at 3 o’ clock in the morning, I’m gonna pick it up and take it to another room so I don’t wake up my spouse, my love, and piss her off. I plug it in, listen to riffs and finish it off.

“With my collaborator Lance [songwriter Lance Harvill], we just send stuff back and forth to each other, four songs at a time, I would then take a month up and really think about what I wanna do with those four songs.”

In a sense, Brown has described the recipe for successful music in the Rex Brown capacity and for him, it works – having the guitar next to you at all hours, always recording little bits and pieces on your phone, listening to very melodic and soulful artists – this has been his way for a very long time. These are practical elements and combined with a drive and thirst to write this album and continue writing more, there’s not much more Brown needs to move forward except to continue going his own way. “You just let the wind blow, you don’t know where this is gonna take you. I live in the moment and this is all I can do. Give 110%, that’s all you can do.

“I’m just being real, that’s all I can be. I’m not gonna sit here and tell you some story that has nothing to do with what we’re talking about. Like with the record, I wanted to be honest and real and it came from the heart. If it’s grabbing someone else and starting some new trends, that’s even better, that’s what I intended to do.

“I’ve been in this business a long time, you have to keep reinventing yourself or just gonna go stale, and that’s the way I felt. I felt burnt. I felt, ‘Man, I’ve done this, so onto something else and see if I can do this.’ It’s a bold undertaking and I’m very proud of it.”