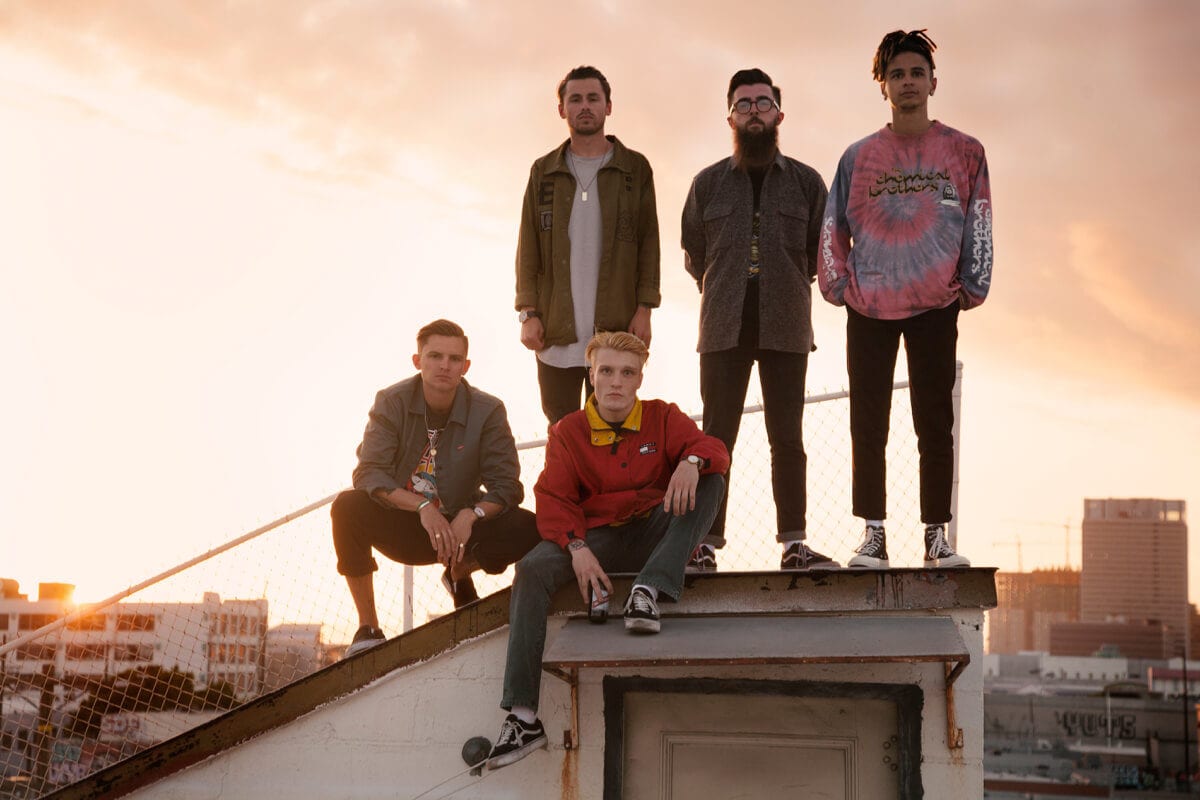 “We’re really excited,” gushed Fil Thorpe-Evans, bass player for Neck Deep about their upcoming album The Peace and the Panic. “It feels like it’s come around so fast. It seems like just last week we were making the thing and suddenly we’re here and it’s out next week! I’m just eager for everyone to hear it and see what everybody thinks.”

After releasing two previous albums, Wishful Thinking in 2014 and Life’s Not Out to Get You in 2015, this Welsh pop/punk band are showing maturity beyond their years, with the average age of the members just 23 years old.
While carrying through lessons learned from their previous releases, Thorpe-Evans admits the band are still honing their craft but have as their simple goal the notion to keep improving with each album.

“One of the main goals for us is finding the balance between not changing too much but also growing and developing,” he revealed. “For us, that’s not something that we plan for too much, it just kind of happens naturally and we don’t try to overthink it. We just write what we like and what sounds good and what feels good to us and hope that everybody else likes it. We didn’t really set too many goals with the album. That’s not the way we work. We just go with the flow and the easiest way to be true to yourself and make a record that we think people care about is to make a record we care about so we all just got together and wrote a bunch of stuff and anything that we liked we kept and anything we weren’t sure about didn’t make it. It was that simple.”

Having released three songs – ‘Happy Judgement Day’, ‘Where Do We Go When We Go’ and ‘Motion Sickness’ – from The Peace and the Panic, Thorpe-Evans says fans can get a general gauge for the rest of the album, admitting there will be few surprises musically.

“Those three are a good representation of at least half of the album,” he laughed. “I think those three songs especially are the most what you would expect to hear from Neck Deep. They’re kind of the truest to our sound and then the next single that’s coming out is where we kind of step into the growing region and it’s a little bit different with a bit of a new vibe. I don’t think there’s anything on there that’s absolutely going to shock people; it’s more some stuff that is a real development.”

The Peace and the Panic is a title that can be taken multiple ways, but Thorpe-Evans says that it is more accurately referenced as two opposing sides of a coin.

“Yeah, definitely,” he replied, “and it’s also a representation of what the last couple of years has been like for us. There’s been some of the most positive stuff ever and we’ve achieved some things that we never thought we could ever dream of doing. There’s been a lot of success and a lot of great stuff but there’s also been a lot of hardships and a lot of personal troubles and some heavy life lessons that we’ve had to learn and go through. It just felt like a good representation of what this time period has been and what’s gone on with this record.”
After the success of their previous album Life’s Not Out to Get You it would have been easy and understandable for Neck Deep to recycle the blueprint that struck a note with that release, but Thorpe-Evans balks at the mention and dismisses it instantly.

“No, definitely not,” he assured. “It’s great when you get critical success but you can’t worry about it too much and I think if we had done that then it probably would have been a negative thing because it would have been everybody just going oh, it’s the same record again. We didn’t want to make the same record twice so we worked with a new producer and we had different styles of writing this time and different people writing. We love that record and we’re proud of it and I will love it forever but we were so young… I mean, we’re still young now but we were really young when we did that. It was what we needed at the time and now it feels like we’re ready for the next thing and for the next vibe to come forward.”

In saying that, Thorpe-Evans admits that the success of the previous album did put the band under a bit more pressure going into The Peace and the Panic.

“Maybe a little bit,” he acknowledged. “There’s always that difficult feeling of the fact that everybody loved our last album so much and it got a great critical response so there is always the pressure of hoping they will like this one too. It’s one of those things where you will just drive yourself crazy if you worry about it. It’s music at the end of the day and you’ve gotta write something that you’re proud of and happy with and at the end of the day if you can listen to the record and be proud of it and enjoy it and feel good about it then that’s the best place to be. If no-one else likes it and you’re proud of it then you still did what you needed to do.”

Most of Neck Deep were still in their teens when they started in 2012, and perhaps because of their youth Thorpe-Evans laughs when asked what vision the boys had for the band at that stage.

“We were all so young,” he smiled. “We just loved playing music and we’d all been in a bunch of bands and it wasn’t this let’s take on the world type thing. It was just let’s have fun and play pop/punk music. We love playing it, we love listening to it, let’s just do it and if we can play some gigs and do some tours that would be awesome. Everything else happened kind of organically. It wasn’t until way further in that we realized wow, maybe this could be something really, really special. The early days for us were just about having fun and being true to ourselves and writing music.”

With so many bands flooding the marketplace at the time, Neck Deep knew they needed an X factor to make them stand out from the crowd, but again Thorpe-Evans lets out a chuckle when pressed on what that was.

“That’s an interesting one,” he pondered. “People ask us a lot why we feel we managed to break out and for us, it was… in the funniest way of putting it was kind of accidental (laughs). We just wrote music that we liked playing and it just happened to pick up at the right time and I think the fact that we all had pretty separate features and personalities in the band helped. We like to make fun of ourselves and do dumb shit and have a good laugh and I think that really helped us grow and people responded to that and felt good about that and enjoyed being a part of that vibe with us.”

With each member still being barely over 21 years old, the future is indeed looking bright for Neck Deep but Thorpe-Evans stresses that the band are not getting too far ahead of themselves or caught up in the hype.

“Our outlook is just ‘hope for the best’, always,” he said, showing a maturity beyond his tender years.

“If we keep making records and doing this… we love it; we live for it and we will do it for as long as we can. The bigger the band gets, great, that’s a nice bonus but for us but it’s just about having fun and doing what we love to do and anything that comes with that is good for us.” 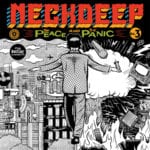