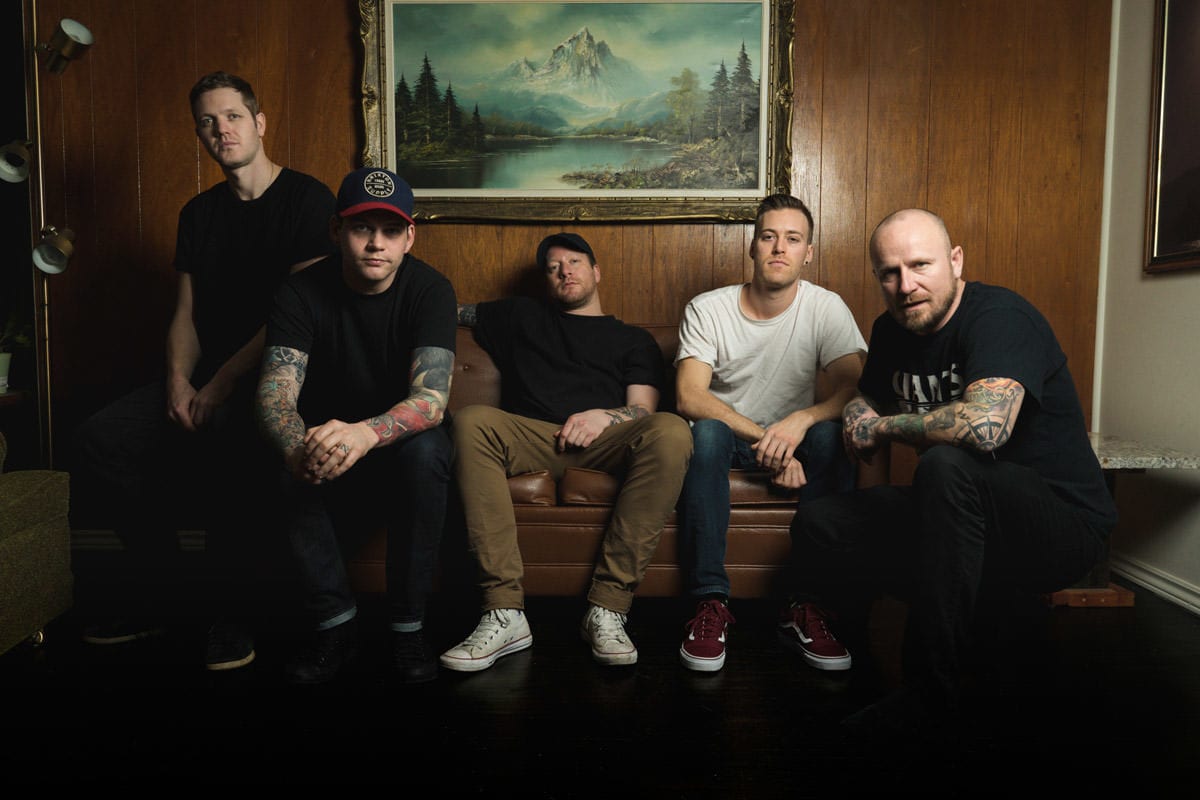 Regardless of the longevity of an artist or band’s career, for the most part, there is an understandable level of apprehension for most when approaching the next venture they are about to embark on. Whilst the creativity may come organically, there are challenges that present themselves persistently ultimately testing the limits of one or the collective’s minds. As French artist, Henri Matisse once said rather impeccably in summation: “Creativity takes courage”.

Canadian hardcore luminaries Comeback Kid are no strangers to the creation of a new LP. With 17 years of service and five studio albums to their name, not to mention seven member adjustments (including a lead vocalist change) and more kilometres travelled than most well-seasoned pilots; it would seem the adventure of a new full-length is just another day in the office for the quintet. However, one cannot judge a book by the cover.

Vocalist and one of the chief songwriters Andrew Neufeld, along with guitarist Jeremy Hiebert, are the last-standing original members of CBK (they also served in hardcore band Figure Four prior). Unsurprisingly, when it comes to the creation of new music for the five-piece, these two are the commanders of the ship so to speak. Outsider, the outfit’s six full-length, had Andrew and Jeremy release more of the songwriting responsibility to the other members than ever before, which was an obstacle that required a comprehensible amount of valour. As Andrew explains, “It does add an extra challenge because I do have a bit more resistance to certain ideas but it also adds a lot more ideas to the fold mix and there are more cooks in the kitchen.” He explains – “But this one we really focussed on trimming the fat and refining the songs until the very bitter end; there was a lot of brains in the room. This was the first record in a long time where everyone in the band played on the record and had input in that way. Not everybody necessarily wrote to a major extent, but everyone had input as far as their part was concerned.”

There is still some resilience, but one has to recognise, Comeback Kid is Andrew Neufeld’s brainchild of sorts. Originally a guitarist until vocalist Scott Wade’s departure in 2006, Andrew moved to vocalist and transformed the band for the better and the rest is simply history.

Although there has been an abundance of members through the line-up, relatively new guitarist Stu Ross (from Misery Signals) who joined in 2012 had significantly more creative input with Outsider than 2014’s Die Knowing. This ascension became a vital key in achieving what the five-piece set out to achieve with record number six.

“This is the first album where he (Stu Ross) had a STRONG voice on the writing of the record, he definitely had a big influence.” Neufeld admits – “One thing we kind of answered with and stressed on a little bit was that we tried to make the record a little bit more obvious and a little more in your face. We tried to showcase and feature some important parts and bring it to the forefront. The catchy parts and stuff like that, which is what I mean by being more obvious.”

The results are simply astounding; the new LP comprises of 13 adventurous hardcore tunes that vary from mosh pit inciting breakdowns to melodic punk anthems that would even capture Hot Water Music’s interest. For instance “Recover” may bewilder a lot of long-serving devotees, sounding more akin to a combination of New Jersey’s Lifetime and Connecticut’s Make Do And Mend than anything found on CBK’s earlier records like fan-favourite Wake The Dead.

“That was actually one we were a little nervous about because it is pretty pop-punky, skate-punky; it’s on that platform a lot more than other songs.” Andrew describes – “We are always a little bit more cautious when it comes to songs like that, but you know it’s catchy as fuck and it was one of my songs that I brought to the table and the guys just had to have faith and go down the rabbit hole with me. It is a lot more melodic than most of our stuff.”

Before the accusations of “sell-out” or “gone soft” get thrown around, it must be reiterated that Comeback Kid have just as many hard-hitting songs on the new LP, matter-of-factly it is arguably the heaviest they have ever sounded. The first single released upon the world “Absolute” features extreme metal mastermind, Devin Townsend.

“It was just an on the spot kind of thing, we had the song ‘Absolute’, it had the breakdown that was pretty epic; anyways I was doing the vocal part and in a way, I was kind of emulating Devin Townsend style anyway, the epic sing/scream style. Anyways, we were in Vancouver where Devin Townsend actually lives and we knew that he was in town because he had come back from tour; Stu (Ross, guitarist) and I had worked with him before, Stu with Misery Signals and myself with Sights & Sounds, we had both been produced by Devin in the past. We just thought let’s text him which I did and he asked to be sent the song and he seemed to like it. So he just recorded it on his own and we didn’t even see him during the whole process.”

An odd collaboration assuredly, but the outcome SCREAMS for itself.

“It’s actually one of the things I am most proud about with the record, I mean through and through it is a hardcore record, but the guest vocalists are not really from hardcore bands and I think that’s really cool. It’s outside the box which we have always liked to be.”

How is the reaction to “Absolute” in a live setting though?

“It’s such a stomper of a song and it definitely is one people want to hear and they certainly react to it, so it’s going really really well. It’s a highlight of the set that’s for sure.”

He continues – “I mean recently we have played the biggest shows we have ever played. There is one in particular that stands out which was at Resurrection Festival in Spain. I think that may have been one of the best shows I have ever played in my life. The whole thing was a really positive experience and we all came back feeling pretty high up, it was quite a massive ordeal.”

With the album launch tour booked for September and Australia thankfully again in the band’s sights: “We have talked about an early new year, but it all depends. Hopefully March, but it is all up in the air for now.” – This next creative enterprise has arguably been CBK’s toughest yet requiring soldier-like courage. However, as this writer will happily report, Outsider will undoubtedly make the all important “end of year lists” (certainly my own) and these Canucks certainly have embraced their “Never Fade” attitude wholeheartedly. 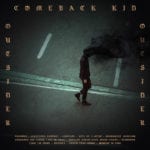