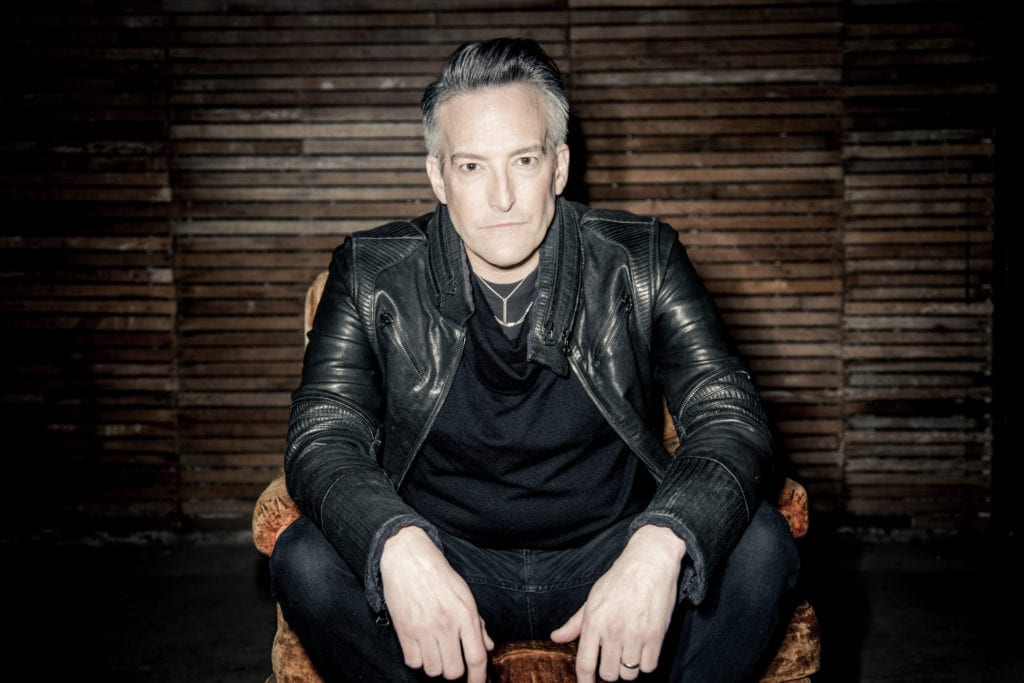 You’ll excuse the pun but there is simply no filter on Filter frontman Richard Patrick as he proclaims with utmost joy his band’s return Down Under. “I can’t wait! It’s gonna be fantastic!” he screams down the line.

“We’re touring with a band that started so many other bands – a huge influence, the band I refer to as Ministry. It’s an honour and privilege to go on tour with them.”

Supporting metal heavyweights Ministry, the two bands announced today their intention to take over Australia this September. This announcement isn’t exciting, it’s sublime. The five show tour will be Ministry’s third tour here, their first two being in 1995 and 2015, Filter’s visits similarly on the thin side, not having performed here since 2014’s Soundwave Festival. “Before that it was like ten years,” Patrick says, “So there’s still a lot of work to do because I want to play for like, a while! I want to play for like an hour and a half, really go through all the good stuff.”

All that good stuff includes Filter’s most recent seventh album “Crazy Eyes”. Hard-hitting themes of social madness and dissatisfaction with the state of humanity under an industrial rock banner, the band have had a lot to say, and Patrick s evidently ready to say his piece on this tour.

“[Touring with Ministry] it’s kind of [the] return to industrial for us, it was always like that but it’s great to have the heaviness, I guess… I’m sick of this goofy-ass shit we hear on the Top 40 out here [America], it’s like listening to crap! 21-year old kids telling me ‘how hard it is to be in love’, ‘let’s go out to the club’, it’s all bullshit. So I just want to get meaner and heavier!”

“I can’t listen to Top 40, I turn on any news station and I’ll read any newspaper and see the real deal of all this crazy shit that’s going on the world and that fuels like ten records a day – I’m very happy about being angry as hell, I don’t care who knows it and who hears it.”

“What else is shaking in Australia?! I miss Australia! I can’t wait to come back!” declares Patrick again. As I explain to him the go with our bullshit lockout laws and other socio-political threats to both city and country, underpinning the fact that really, nowhere in the world is, in fact, safe from problems, the anarchist anger of Patrick erupts, a determination that correlates with the messages in “Crazy Eyes” – with that release, Patrick has given the madness a soundtrack, s soundtrack we’re soon to witness live.

“I hope everyone can get a chance to come out and see us for sure because I mean, we all got problems! You gotta have your relief – I wish these crazy people in the wold were being bought guitars and not guns. Fuck the American gun, fuck that second amendment shit!” he screams.

“I’m just so blessed that I can come back down and hang out with yall and have some fun. You know, it’s not like we’re making a tonne of money, we’re not playing big arenas or some shit, we’re coming there specifically because we love Australia and we want to spend time down there and hang out. I’m honoured that I can go hang out and sing into a microphone.”

Filter have something to say about the state of the world and all they can do is what they do best, using music to declare dissatisfaction and disappoint with the world – for now. In the meantime, I try to quell the comedy of Patrick’s anger and invite him to come and live in Australia. “I wanna come to Australia, can I bring my family?”

Yes, Richard Patrick, yes you can.

Richard goes into further detail on the Australian tour with Ministry but you’ll get have to get yourself a HEAVY Digi-Magazine subscription to read all about it. It will be in the next issue!

* Filter for East Coast dates only