It’s 16th May 2017 and the green room of Liverpool’s HMV is abundant with tension as Inglorious’ Andreas Eriksson fights to save one of his great loves. Sleek, tan and curved in all the right places, several thousand pounds worth of Gibson is laid on the operating table under Eriksson’s nimble hands whilst he tries to place its detached, unbeating battery heart, and all its wiry ventricles, back into place. “He writes a mean riff, but he can’t put a battery in a guitar!”, teases lead vocalist Nathan James. “It’s a five grand guitar and I can’t get it to work!”, cries Eriksson in anguish. With less than an hour to go until their in-store acoustic set, Eriksson works himself into a Geppetto-style frenzy, attempting to make his wooden creature sing once more (thankfully, he was successful). Meanwhile, the remainder of the perfectly coiffed Inglorious are seated comfortably, cracking up at Eriksson’s predicament.

An antithesis to their band name, Inglorious recently achieved a glorious midweek top 10 position in the UK album charts with their new album, Inglorious II. This is a seemingly wondrous miracle for an up-and-coming classic rock band drowning in an era of music industry clones that encompasses very few like-minded and highly skilled rock musicians. However, this was no miraculous act of God, but instead the product of five grafting virtuosos. “In our generation, people are not willing to put in the practise hours, and if you want to play like [Ritchie] Blackmore, you have to”, stresses James. “Apart from Drew, I could not find a [good] guitar player in this country. I had to go to Sweden to get Andreas!”

Hoping to place a fresh flag next to the now bedraggled flags positioned by many musical greats a lifetime ago in the soil of British classic rock, a sky-rocketed chart position is the kind of solid affirmation Inglorious need. “People still seem to be getting behind those old [heritage rock] bands, yet there seems to be a real struggle to get any support from a magazine, or from TV, for a young band like us”, laments James. “I’d like to make a life out of [this band]”, enthuses bassist Colin Parkinson, a view which is further upheld by James: “These bands that we’ve grown up with, they’re not gonna be here in 5 or 10 years time. We will be here in 30 years time, maybe in 40 years time.” “With new teeth and everything”, Parkinson adds with a cheeky grin.

In a nation where almost half of marriages end in divorce, it’s refreshing to hear such a declaration of lifelong matrimony, particularly after the departure of rhythm guitarist Wil Taylor in December. Nonetheless, Taylor’s departure brought the return of the strikingly earnest Drew Lowe, who was present at the pre-embyronic conception of Inglorious. However, despite his history with the band, Lowe is far from resting on his laurels and is keen to rediscover Inglorious with fresh eyes. “To be honest, it is a new band for me. I wasn’t part of the first record or the recording process of [the second album]. So it is a new situation and I’m treating it that way, which is the best way. I’m really excited about touring this album,” effuses Lowe.

Excitement is certainly a sentiment that can be seen glowing from each band member throughout their acoustic set, with a particular nod to drummer Phil Beaver’s percussive effervescence. However, this buzz is slightly dampened at the mention of album streaming and illegal downloads, an understandably touchy topic for any musician in the 21st century. “Buy [the new album], don’t stream it!”, pleas James. “Someone messaged me before the album came out and was like, ‘just so you know I managed to download your whole album illegally’. So rude [when it’s] something you’ve slaved away at.”

Nonetheless, despite facing such blatant theft and a slight reorganisation of the band, which has proved devastatingly degenerative for a multitude of other bands, the ever-rising podium upon which Inglorious have adequately nested shows no foundational cracks. “We all feel really lucky that we’ve found a group of guys that we all have musical respect for”, James wistfully professes. “All five of us respect how much hard work has gone into individually honing [our] crafts. I feel supported by everyone in this band and we’re not dragging anyone along.” Although how long the latter phrase of this statement will stand true with Eriksson’s suspiciously poor battery changing skills in tow is left to be seen… 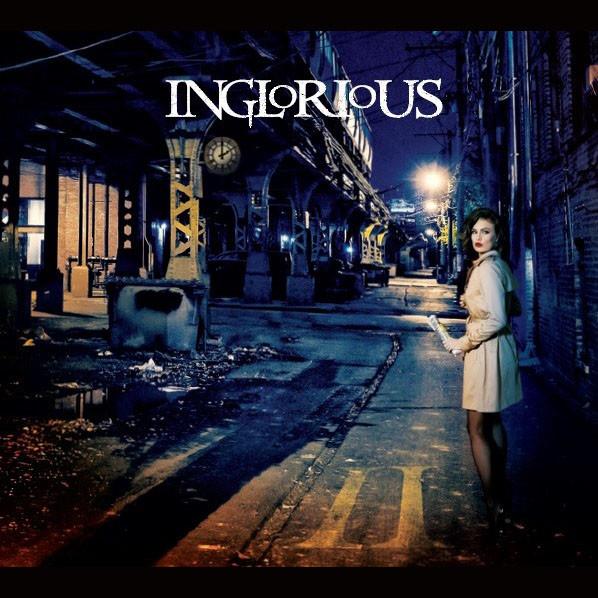