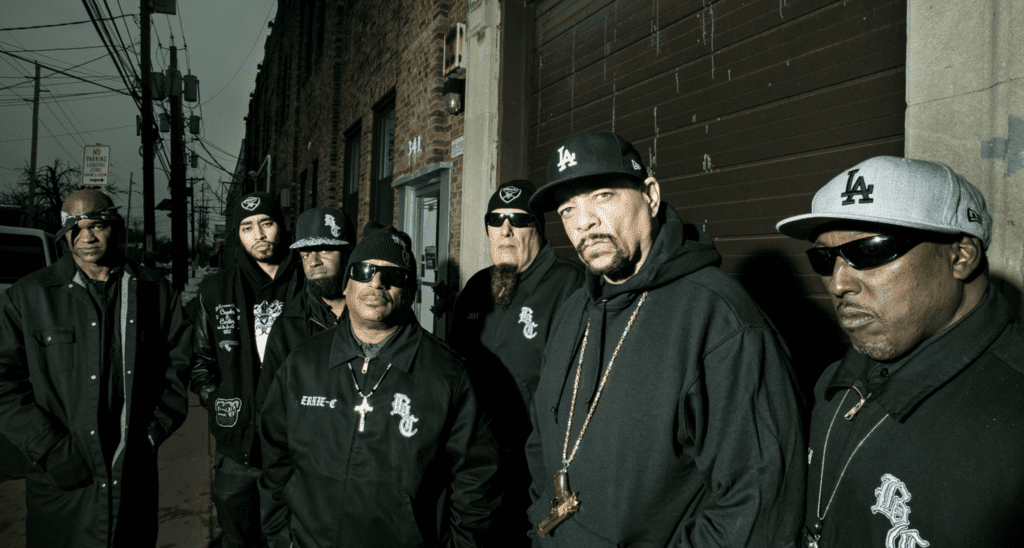 For most, music has always gone hand-in-hand with revolution. That’s a concept American rapper, vocalist and actor Ice-T knows all too well, having offered a political perspective through tracks on his broken surroundings since the 1990s. His revered metal act Body Count’s new album “Bloodlust” just dropped, offering a needed commentary on the divisions becoming more and more apparent in our world.

“The world kind of went into a turmoil”, he recounts. “Especially with the United States dealing with these elections. It seemed like we knew [the album] was going to happen right now but the timing just matched up like the perfect storm”. He sums it up as a record “very in touch with the times”, where “a madman” is America’s president and “we’re on the brink of World War III”.

Despite what’s going on right now, the sentiments that Body Count offer on civil and political struggles aren’t new. Their song “Cop Killer” dates all the way back to 1992, reflecting a stance against police brutality that, at the time, was controversial. “I think the only difference now”, Ice points out, “is that people are very much aware that this shit is real. When I was yelling about it, people were like, ‘you’re making this up’”.

Body Count set up a dystopian reality that builds on current events on their new album, and it’s unnervingly resemblant of where many people believe society is heading. As martial law and civil war are declared at the record’s start, it’s easy to see why listeners would be intimidated.
“I don’t wish it happens, but I can see it, you know?” Ice explains, “And sometimes you can kind of get it into people’s heads—like this could really happen—and every day it seems more and more possible. That announcement is actually Dave Mustaine from Megadeth, who sounds pretty much like an announcer,” he laughs.

Though political music is making a comeback in 2017’s circumstances, Ice has in the past described a limbo period where bottle popping became the main concern of artists. Obviously, that hasn’t totally faded, and all you have to do is turn on the radio to attain some evidence. He comments that activism isn’t quite for everyone.

“I don’t know, I mean I think pop artists tend to do pop music. Every once in a while they become political, but if you haven’t always been that way a lot of fans won’t stand for it”. Instead, “they’ll be like, ‘shut up and sing’. It’s fucked up but certain people are known to have that activism and I think it goes hand-in-hand with music. Music in my life has always been political”.

Ice T turned up the emotion further in the interview but you’ll get have to get yourself a HEAVY Digi-Magazine subscription to read all about it.