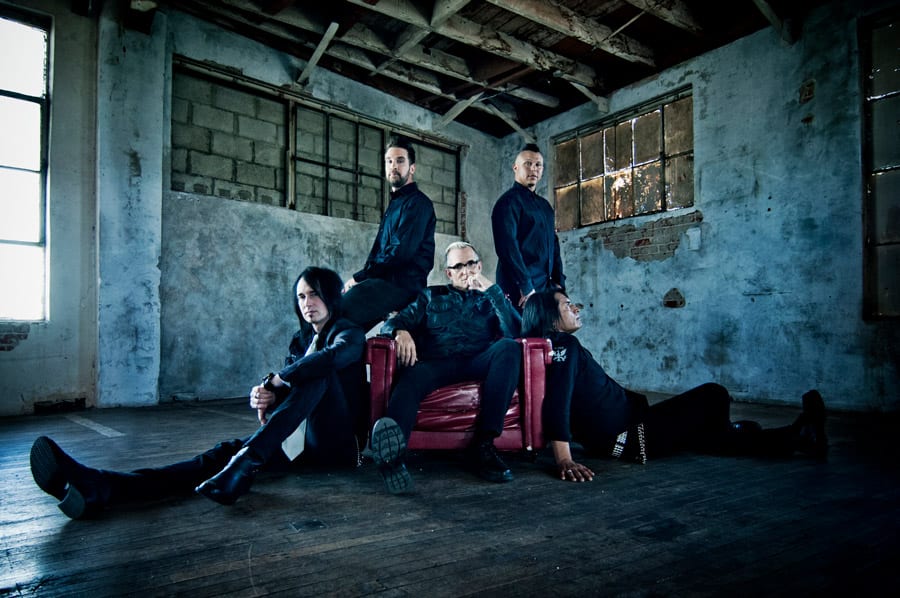 It seems like the current trend in live music is playing old albums in their entirety as part of anniversary celebrations, and also to add a touch of nostalgia to proceedings. But when the album in question is none other than the groundbreaking So Much For the Afterglow by Everclear, you almost find yourself forgiving the current cycle.

Founding member, vocalist, and guitarist Art Alexakis believe that this album was a pivotal moment in the band’s career, and as such, is excited about playing it for its twentieth anniversary.

“Absolutely!” he enthused. “We’re gonna play side one – we’re old enough to think in sides of records (laughs) – so we’ll do side one and then take a break. Then we’ll do some songs from Sparkle and Fade and maybe even a song from World of Noise, our first album, and then come back and do side two and play some hits like ‘Santa Monica’, ‘Local God’, ‘Wonderful’ and other hits all the way out so it should be fun.”

When So Much For the Afterglow came out in 1997, Alexakis admits it wasn’t written or formatted in a style that was ever expected to be replicated wholly in the live arena, and as such, warns that the performance won’t be a direct rehashing of what was on the album.

“We never thought we would play the whole thing live,” he admitted. “We never thought we’d be doing that. We’re not trying to recreate anything exactly. We get close to the guitar tones. We don’t play with tracks or we’re not adding in a bunch of stuff – it’s like [how] it would sound if you went and saw us back then. There’s no big Beach Boys intros or strings or orchestras or horns or stuff like there was on the record. It is like a rock band playing it, and I’ve always thought that playing live and recorded are two different things. I grew up with bands like Led Zeppelin who would play stuff live that would be different from the record. It was more immediate, and that’s the attitude I’ve always had. The guitar tones aren’t exact – I don’t think they need to be – but the attitude and the feeling and all the notes are there, and I think that translates.”

After the success of the single “Santa Monica” from Sparkle and Fade, Alexakis concedes that So Much For the Afterglow was a vital record in the band’s career. It aimed to build on the steam train that had started moving with the debut label release and to capitalise on the momentum the band was building. Unfortunately, for him, he learned pretty quickly that sometimes things aren’t that simple.

“I learned from that record and other records never to try and think so far ahead that I have to know what an album is gonna be called,” he recalled. “I had an idea that it was gonna be called Pure White Evil and it was gonna be songs that were mellow and songs that were hard, and it was gonna sound like this and this. I recorded a bunch of songs, mixed them, and then listened to the record with a guy from the record company. I knew it – before he even said anything – I knew it wasn’t great. I knew it was good, and there were good songs there, and he said the same. He said it was a good record, but it wasn’t great; he said it wasn’t the best record I could make and it’s not the record I wanted to make for my career. He said I needed to dig deeper and make a better record and I agreed. I didn’t like to admit that – no-one likes to admit failure – but it wasn’t a failure. Sometimes you’ve gotta take a couple of steps up and a couple of steps back before you can go forward, and I just went back and spent a couple of weeks just listening to everything. I was in New York where I mixed the record, and I just stayed there and lived in a hotel and just wrote songs and wrote notes, like what to do to change certain songs and what songs to lose and what new songs the record needed. I did it and called the guys from the band, the label, the manager and got everybody on the phone. I  said, ‘Okay, we’re gonna go in, we’re gonna drop these three songs, and we’re gonna record three new songs. I wanna do this. I wanna do this Beach Boys type intro to the song, and I wanna put this weird keyboard thing in.‘ I could hear it in my head and I assured them they would get it when we did it. I wanted to mix with Andy Wallace, and I wanted this and this so we went back over the next four months and did that and turned in the record in June, and it came out in October. Even though it’s got flaws on it – like any record – this is one record on which I wouldn’t change a thing. Wouldn’t change a note. When I turned it in, it was the absolute best record I could make. It was better than I thought I could do and that is all you can do is dig deep down and leave all the sweat and blood on the studio floor. That’s all I had; I was completely drained. It was a great lesson as a musician and a producer and just a life lesson about what you are capable of if you push yourself hard enough.”

When Alexakis formed Everclear in 1991 his goals for the band were relatively straightforward, he confirms. “I wanted to do a three-piece band,” he shrugged. “I had just come out of a four-piece band where I was playing with a lead guitar player. Even though I was already comfortable with the guitar and wanted to concentrate on singing, I wanted to do something that was just really aggressive, but melodic. Something that also had elements of big rock as well as punk rock and dissonance and just sees what we could do with everything stripped down and not a lot of production value. We made our first record for $400, which was all of the songs we knew. I went into the studio with just a quarter inch E track and recorded everything in 40 hours, and that was World of Noise. That’s the record that got us signed, and then we went in and recorded Sparkle and Fade for not a lot of money compared to what we got in the record deal. We’ve always been – it was always a thing that I wanted to produce everything; I wanted it to be my thing. Even if it wasn’t huge, I wanted it to be my thing, and I was hoping it would do well enough that I could make a living out of it and raise my family on it. That’s all I ever really thought about. I never thought about platinum albums or being on the cover of magazines and videos and Saturday Night Live and stuff like that. I knew I would be kind of flattered if that happened (laughs) – which it did – but it wasn’t what I was doing music for. I just wanted to make music and make a living at it and do it my way and not have ever to make music I didn’t wanna make.”

In the almost quarter of a century that Everclear have been making music, Alexakis says that although many elements of his life and musical psyche have changed, Everclear’s music is, and will always remain, easily identifiable as their own.”

“If you listen to our last record that came out in 2015, Black is the New Black, that was kind of full circle for us in a lot of ways. That was just me and our bass and drummer in the studio working on songs and recording them. My guitar player Davey [French] came into the studio and recorded some guitars and vocals, but for the most part, it was written as a three piece thing. I recorded all of the rhythm guitars and some of the lead arrangements as well. I can’t tell you exactly how we have changed since World of Noise, I mean, it’s been 25 years since we made that record. I’ve changed. I’ve grown up as a person and as a musician.”

PrevPrevious.SEBASTIAN BACH – No Slave to the Grind!
Next.HEAVY TV: Motionless In White InterviewNext