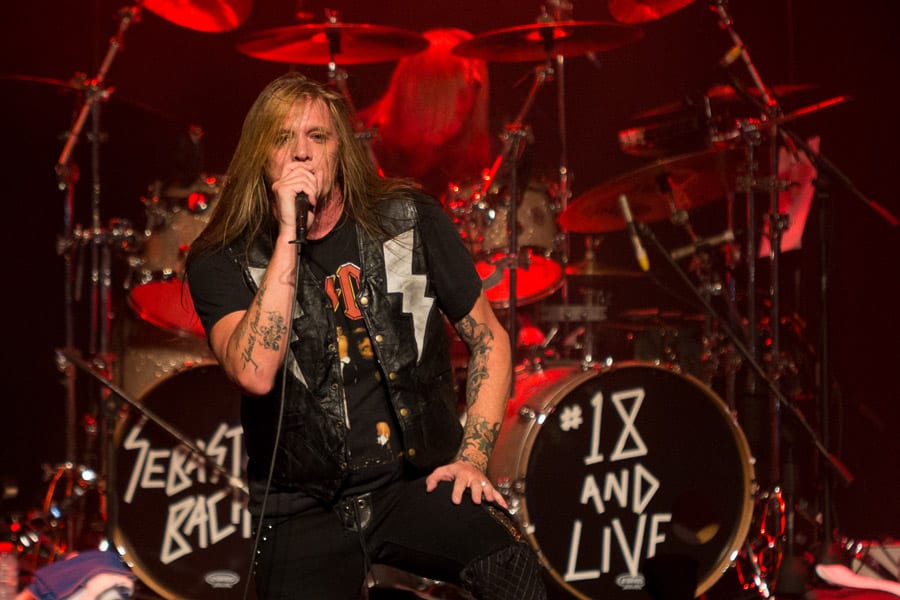 SEBASTIAN BACH – No Slave to the Grind!

There’s no MTV, there’s no rock magazines and it’s very hard to sell a huge amount of records but I’m gonna keep trying while I’m alive (laughs). That’s not in my control either – I can’t control that.

“The delight is that Sydney is sold out, Melbourne is [almost] sold out, so Brisbane, Adelaide, and Perth should do pretty well too so that’s awesome,” gushed Sebastian Bach ahead of his October tour of this country. “It will be a different set to what we did last time. Recently I discovered that it’s better for me vocally as a singer to warm up a little bit before I scream at the top of my lungs (laughs) so I’ve arranged the set in a little different way but you’ll still get all the fun tunes that you wanna hear. It will just be structured differently.”

Bach’s greatest asset has, and will always be, his voice which is one of the most instantly recognizable and loved in the rock community and as such he admits he has to nurture and respect it more than he has in the past.

“For decades I was kinda stuck opening every show with the same song which was ‘Slave to the Grind’ and I couldn’t see myself changing that but I learned that as I get older that it’s maybe not the best idea to start the first song screaming as high and loud as I can. Maybe warm up to that (laughs). Plus these days everybody films everything. Everybody’s filming on their cell phones so you’ve gotta be really thinking about making a perfect video for everyone and it’s a different kind of vibe when you play live now with everybody holding their cell phones up in the air… it’s just different.”

In the modern age, it is becoming increasingly apparent that while fans are entitled to use their phones to record at concerts, it is something that is giving an unfair representation of the performance with many people judging a band and its ability to perform live by footage from inferior and often inadequate devices.

“A live show is not the same as recording a record and fans… I don’t know if they understand that.” Bach laughed. “When I’m making a record I’m not running around and jumping and doing raps and getting the crowd going. It’s a completely different art so when I’m making a record I’m standing there and singing the lines ten times and taking the best one but at concerts, fans wanna hold their phone up and get KISS Alive footage and phones aren’t designed to do that. I’ve filmed a lot of concert footage on my phone and I watch not a lot of it (laughs). I like to put out live footage but I want it to be filmed right. If you go to my YouTube page (http://www.youtube.com/DAMNOCRACY/) there’s tonnes of live clips that I’ve put up there that sound good or ones that I’ve seen that I like. Sometimes you’ll get a good one but most of the time they’re standing too close to the PA system and it sounds like shit and it looks like shit and there’s no point in uploading something like looks and sounds shit. That’s just the bottom line. One thing that I have to say is frustrating is when Blabbermouth or other websites say ‘fan-filmed footage’ and put it up but they won’t put up your new video (laughs). Why should you judge a band on somebody’s cell phone video but you don’t judge them on their new video? That’s backward.”
Bach learned to trust in his voice and its potential when in his youth, but it wasn’t until he came to join Skid Row that he began to harness that potential and turn it into a weapon.

“I knew I had a voice when I was a little boy in the church choir when I was eight years old,” he recalled. “That’s when I started singing but when I joined Skid Row, Jon Bon Jovi made me go and take vocal lessons with his vocal coach – a guy by the name of Don Lawrence – who taught me this Italian vocal scale called Bel Canto, which if you do it properly and frequently makes your voice very strong and that’s what all of us singers do; we rip our scales and keep our voices going because it is like a muscle.”

Skid Row burst onto the scene in 1986 and soon became known for their infectiously raw rock music with a take no prisoners attitude that the girls loved and the boys wanted to emulate and Bach says from the early days of the band the image was of as much importance as the music.”I remember we met with a clothing designer who said to us what do you guys wanna look like?” he recounted, “and

“I remember we met with a clothing designer who said to us: what do you guys wanna look like?” he recounted, “and Rachel (Bolan, bass) said we wanna be a cross between The Ramones and Hanoi Rocks and the clothing designer got mad (laughs). She said you can’t cross Ramones with Hanoi Rocks (laughs), and I felt bad for Rachel because she was just talking and this person hit the roof, but at the end of the day, I think maybe we were a combination of that. The hype of the press when we came out was we were like the East Coast Guns N’ Roses, that’s how people billed us but that was just a press label.”

In that era of music, there were countless bands that sounded similar to Skid Row but the main thing that made the band stand out above the rest and really helped cement their reputation was a string of supporting tours with the already established heavyweights of the music world and Bach agrees to this day that Skid Row was fortunate to have those connections.

“We had business opportunities that other bands would have killed for,” he recalled, “which was basically opening up the Bon Jovi New Jersey tour. Being exposed to all of Bon Jovi’s fans on our very first tour was the reason that we made it. If we sucked we wouldn’t have but we were exposed to all of their fans so I have to give credit where credit’s due. Then right after that, we went on the Motley Crue Doctor Feelgood tour and then we did Aerosmith Pump and then we opened up the full Guns N Roses Use Your Illusion tour so we had the best tours of the late 1980’s and early 1990’s which were opportunities that any band would have killed for.”

Unfortunately, after one of those tours with Bon Jovi, Skid Row had the first of many altercations with other musicians and bands when a seemingly innocuous incident resulted in a war of words that threatened the status quo.

“I think a lot of those things were a combination of jealousy and rivalry,” he mused. “I remember on the Bon Jovi tour we started to feel tension when at one gig Skid Row sold more shirts than Bon Jovi and that was like a bad thing we did but that wasn’t in our control! I can’t control that and by the way, that’s the point too, is to be successful so excuse me for living (laughs)!”

After releasing a string of hit albums such as their self-titled debut, Slave to the Grind and Subhuman Race, Bach and Skid Row parted ways in 1996 and depending on whose version of events you believe Bach either left or was sacked from the band but since then there has been constant speculation and questioning on if or when a reunion will ever occur. While admitting the topic becomes tiresome, Bach is sympathetic to the questioning of fans and the media as to whether such a reunion will eventuate.

“I expect it and I understand the feeling of seeing your favourite band reunite,” he acknowledged, “and how cool that is. KISS did it better than anybody until Guns N Roses did it and they did the biggest reunion ever and to see them back together was so inspiring. I got to play with them in Vegas right at the beginning of that tour and just looking around at those guys being together on stage again was something I’ll never forget. So I understand why people ask that but I don’t have an answer (laughs).”

After spending time in the theatre and on television, Bach returned to music as a solo performer in 1999 with the album Bring ‘Em Bach Alive and concedes that at the time it was a little daunting attempting to reignite his career away from an established band.

“It was very difficult and I had no idea I could even do that because lots of guys have tried to and failed but for some reason, my fans have stuck with me,” he said happily. “The people that have been with me from the beginning – not all of them but a good portion of them (laughs) – have been fantastic and I thank them for that. We’ve got sold out shows in Australia and doing well around the world so I couldn’t be happier.”

After releasing another solo albums – Angel Down, Kicking and Screaming and Give ‘Em Hell -Bach admits he still doesn’t feel as though he has got the respect he deserves as a solo artist.

“No,” he measured, “I don’t because for whatever reason those records came out in a time where there’s really no record industry. There’s no MTV, there’s no rock magazines and it’s very hard to sell a huge amount of records but I’m gonna keep trying while I’m alive (laughs). That’s not in my control either – I can’t control that. All I can do is keep my head down and rock and make the best albums I can and I’m very, very proud of the records I’ve put out and the next one I will be even more proud of because it’s the new one (laughs).” 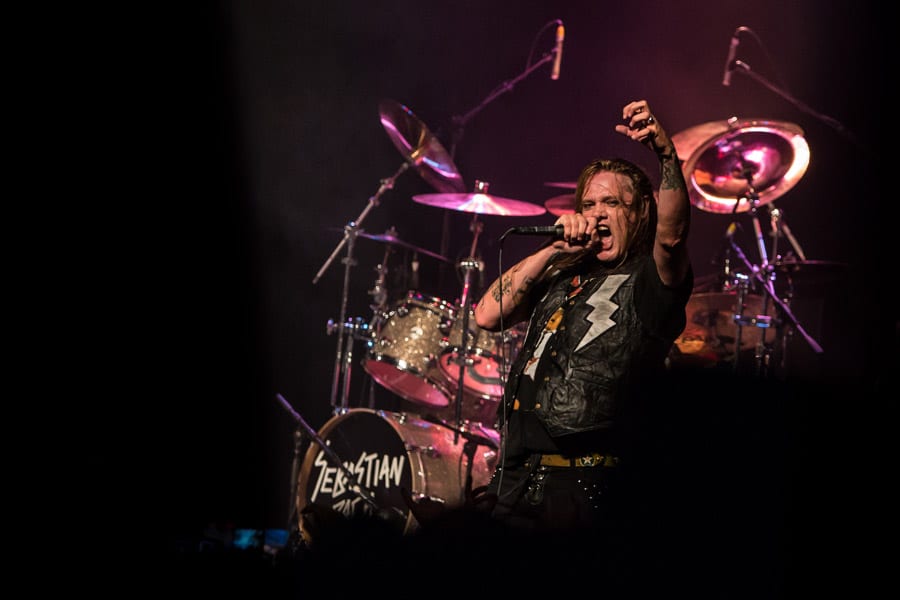 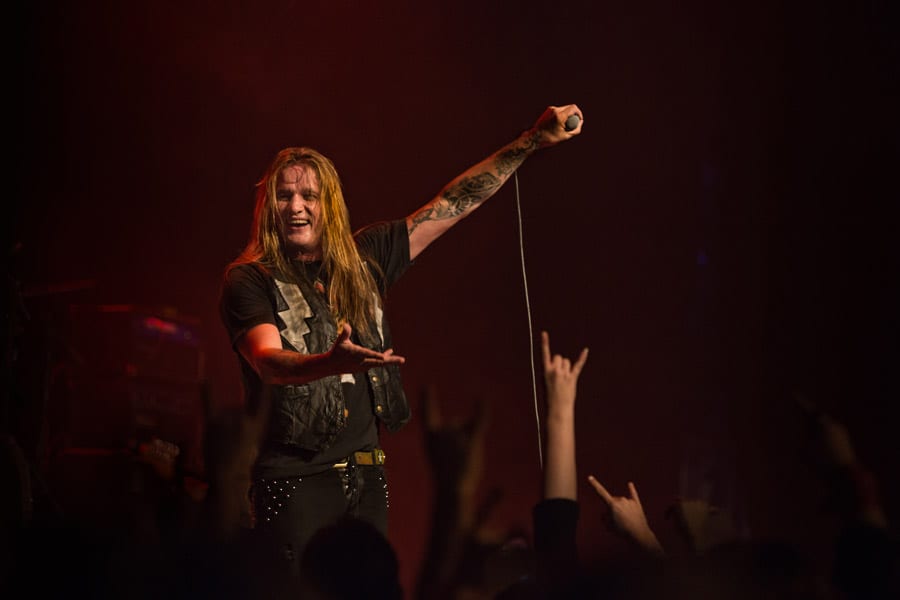