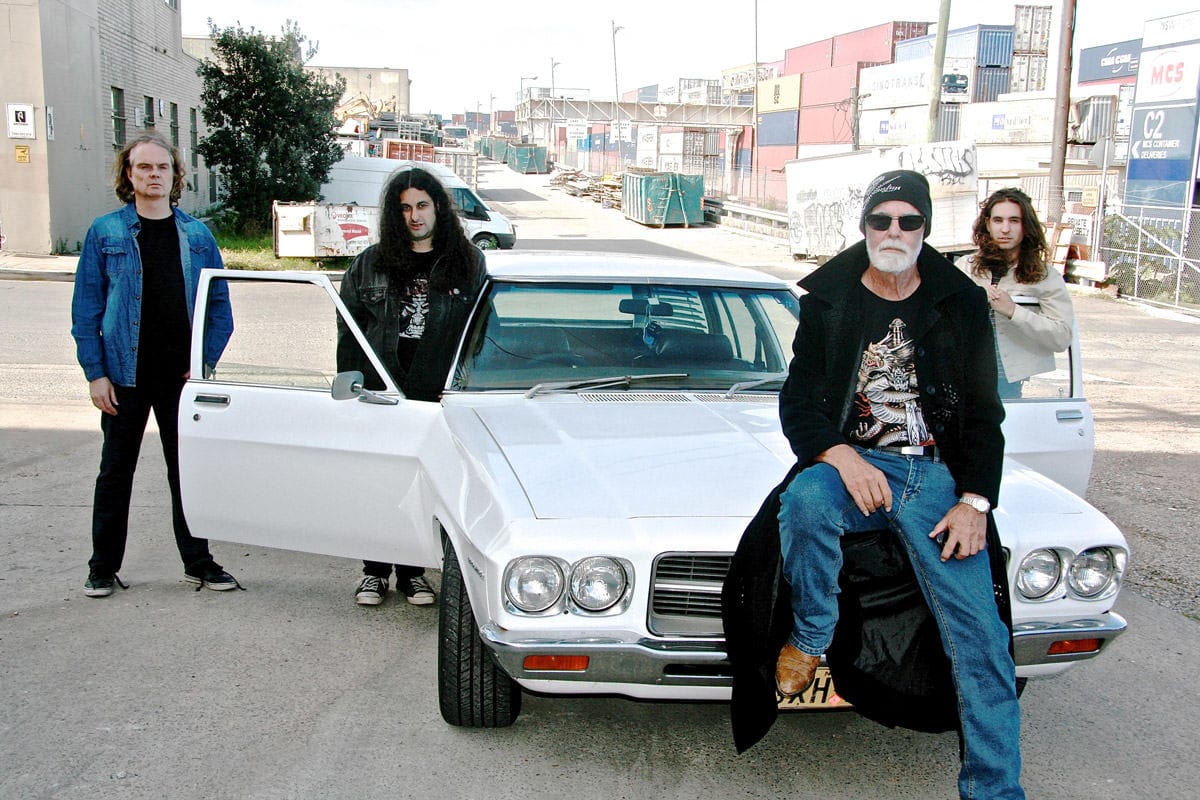 “Well, it impressed the shit out of me! exclaimed vocalist for Buffalo, Dave Tice, about his band headlining this weekends Brewtality festival 46 years after they formed. “But I must admit, and you’re probably aware of this, but it’s not the original line up of Buffalo at all. I call it Buffalo Revisited because I sort of reconstructed the band to give the repertoire some credibility.”

With the band releasing five albums, the last of which came out in 1977, Tice says he will draw on only the bands best material for the show.

“We’ll be doing some stuff from Buffalo’s second and third albums, ” he revealed, “Volcanic Rock and Only Want You for Your Body mainly – but we will also drop in at least one song from the first album Dead Forever… so we will just rock out like we used to do in the old days when the stuff was invented.”
Despite Buffalo only having a lifespan that covered six years, their popularity continues unabated to this day but it is not necessarily something that Tice finds surprising.

“Yes and no,” he voiced. “I think that it is a style of music that certainly has a larger life span than some of the more disposable pop music. We were lucky when we first started doing what we were doing it ended up sounding like it did. It was more an organic mistake than anything else. We started out… Pete Wells and I moved down from Brisbane and put the band together with John Baxter and went through a couple of drummers before we ended up with Paul Balbi but we thought initially we were gonna be a blues band, that was our plan. It was just that when we started playing together it became something else. I know that these days it seems to be the norm that people think what they do is they decide on a style of music and decide on a direction and then set out to play it. Back in those days, we were just grasping around. We didn’t really most of the time have a plan particularly. We just jammed a lot, rehearsed a lot and we didn’t wanna play anyone else’s songs so we made our own up.”
The advent of the internet and social media has also played a large role in the continuing popularity of Buffalo, with Tice admitting it has given their music a fresh platform from which to be enjoyed.
“The internet these days gives people in all kinds of places music that they haven’t been exposed to before and it just so happens that the Buffalo stuff has continued to have a following all these years and is actually growing again at the moment,” he said. “I’ve had people want me to go to Europe and South America and all kinds of places. I suppose we were lucky that the genre of music that we generally fit into with Buffalo, the heavy rock thing, has always had a following and we were lucky enough to be there at the inception of that style of music. Black Sabbath came out in Europe and Led Zeppelin had been going as well so there was a move towards something like that and we happened to be doing it when that was going on. The sun shines at certain times and you have to hope that one of those rays caresses your shoulders (laughs). It’s a funny thing, isn’t it? I’ve asked myself why there continues to be so much interest in the music we made back then but I’ve done a couple of shows in Melbourne – one at the Corner Hotel a couple of years ago with a slightly different line up – and it amazes me the guys that probably weren’t even born when we made those albums that knew the words to the songs. What can you say? Any artist or musician hopes that something that they make has a life beyond the next couple of months. It’s not really – as far as I am concerned – about having multiple hits or a big bang and then disappearing. I kind of like the idea that something we made has a lifespan longer than that. Hopefully, some of my music may be enjoyed or appreciated long after I’m dead and buried. If that’s the case – and even if it’s only a few hundred people – then I’ve done my job.”

Such was the public love for Buffalo, they managed to secure a support slot with Black Sabbath for a couple of shows in Sydney, but Tice lets out a chuckle when asked his memories of probably the biggest support slot of his life.

“Well I assume that it was a wonderful experience but to be honest with you I didn’t really get to experience it aside from actually performing,” he laughed. “Prior to these shows, the band had actually decided to break up. The reason we got back together was that the record company that also put out Black Sabbath’s records wanted us to do the shows so we thought we would. I was actually doing another gig – with another band – both those nights so I would arrive, jump up and do the show, jump in a cab and zip off to the next gig until about three in the morning at another place. I did enjoy the experience because that whole period of time was just a wild experience anyway. All of the things that you read about and fantasize about with rock and roll were there. It was all happening like that, it was one fucken lifelong party. Is it any wonder that I’m still involved in it (laughs)? I can’t hack some of the late nights these days but I really enjoy the whole experience still.”

In the 1970’s when Buffalo were making their charge, it was a vastly different musical climate to that of today. Vinyl records ruled the airwaves and people were a little more prudish when it came to what they saw or said. Because of this, some of Buffalo’s album covers created a great deal of controversy. Dead Forever… depicted a mournful, blood soaked face peering through the eye sockets of a skull, while Volcanic Rock toyed with the idea of a volcano shaped in human form as a menstruating volcano. Only Want You for Your Body portrayed an overweight, screaming woman who was tied to a torture rack with shackles, with some record stores of the day refusing to even stock the albums due to the confronting images.

“We wanted to make an impact with our album covers,” Tice shrugged. “In most cases, there were a few suggestions thrown up and we made our choice from those but in those days an album in a record store actually meant something. Vinyl had a nice big cover that could be used as a canvas from where you engaged people’s attention before they picked up your record and maybe listened to it so you didn’t want to be bland when you created the artwork. This is one of the problems of modern and recent music is that with cassettes and then C.D’s the artwork isn’t big enough. You have almost got to magnify it to read the credits sometimes. In those days especially, lots and lots of albums would be there in the rack and lots of people went to buy records. When they were flicking through all of these album covers and record covers you wanted to make sure that when they flicked to the one before yours they would see something that engaged their attention and made them want to listen to it. It’s just basic marketing (laughs). You want to make people aware of what you are doing. Some of them were quite controversial at the time but I think these days would be considered as mild because it’s hard to shock people now. We did intend at the time for it to be in your face. Plus, when you’re a young man – and we were in our late teens, early twenties when we started the band – you have an enormous belief in yourself. You don’t think that the rest of the world is right and you’re wrong when they tell you you have to do something commercial. You think to yourself no, we’re right and you’re wrong so fuck you (laughs). It’s a kind of arrogance and fearlessness which deserts us all as we move down life’s torturous path. I suppose I’ve spent my time trying to hold onto as much of it as I can – not always successfully – but I do try and hold onto it because it’s the frequency of life; the rhythm of life. It’s there. Live it, man, enjoy it while you can. Who knows when it ain’t gonna be around anymore or you ain’t gonna be around anymore.”

Buffalo have been an influential factor on the Australian music scene for that long they were around before even AC/DC, the Angels and Rose Tattoo, with Tice reluctant to admit they paved the way for the birth of these rock royalty bands.

“A lot of people have suggested that and I suppose you could probably say that we had something to do with it,” he reluctantly acknowledged, “but the reality is that there was a period of time there in Australian music which was very, very innovative. It was forward thinking and a lot of musicians were in that sort of thing at the time. Some of it was turned into commercial success and radio hits and some of it turned into other things like album bands or rock bands because when you think back in the history of Australian music in the 1970’s and 1980’s, what an enormous flourishing of musicianship that was! Can one person or one entity or unit lay claim to have an overriding influence on that? I don’t think so because it just sprung up everywhere like weeds. I suppose you could say maybe there’s a gardener somewhere but we survived without one so there you go (laughs).” 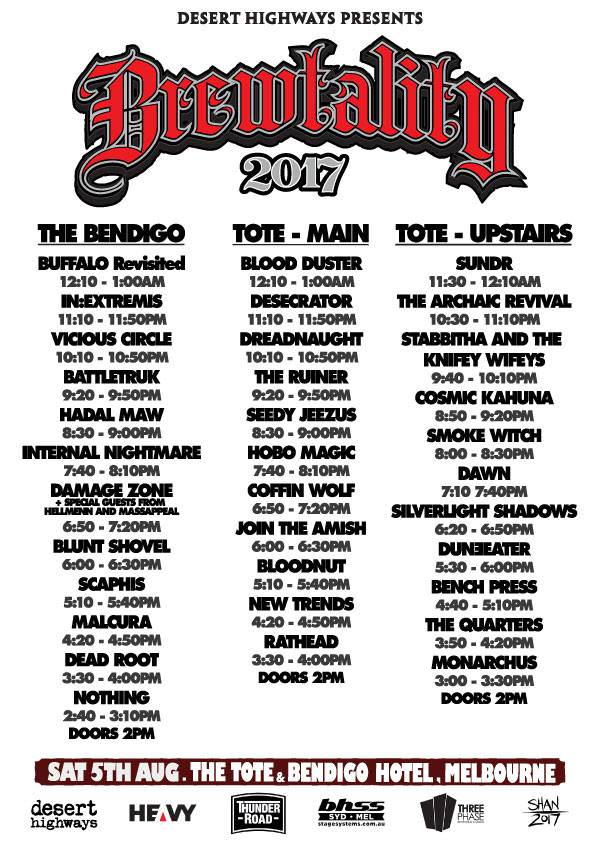