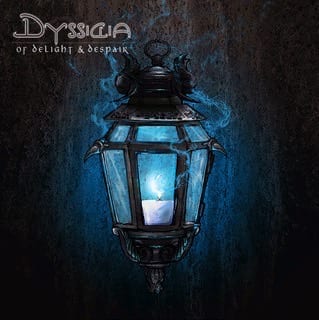 Adelaide’s Dyssidia just brutalised planet Earth with this: Dead Smoke
The track comes from their Of Delight & Despair EP which was released on Nov 4, 2016
Guitarist Corey Davis comments, “‘Dead Smoke’ is the first track off of our latest EP, ‘Of Delight & Despair’. This video represents a personal struggle for control and order;  The struggle of growth as an individual in the world around you and the control over your decisions and routines whether good or bad.
These ideas and experiences are displayed as visual concepts and shed light on the more brutal aspects of these very humane experiences and how the can consume and asphyxiate you emotionally.”
Corey continues, “For this particular song we wanted to get quite visually conceptual. The song itself has dark nature to it and is holds meaning to us in a few different ways so we thought it was best to display these concepts through physical metaphors”
Video Credits:
Videography by Andrew Kite and Rebecca Bogart of Against the Grain
Directed by Dyssidia, Andrew Kite and Rebecca Bogart
Visual Effects and Editing by Rebecca Bogart
Filmed at Against The Grain Studio
Dyssidia are special guests on the upcoming national tour for guitar virtuoso, James Norbert Invanyi and is presented by HEAVY & Wild Thing Presents

Tickets on sale via wildthingpresents.com
Dyssidia are:
Mitch Brackman – Vocals
Corey Davis – Guitar
Neil Palmer – Bass
Ashley Miller – Keyboards
Liam Weedall – Drums
Of Delight & Despair is available now from
dyssidia.bandcamp.com
facebook.com/dyssidiaband
Watch their music video for the previous single, An Absolute Severance here
ABOUT DYSSIDIA
Dyssidia have crafted a unique sound amongst their peers. Infusing bone-crushing riffs with rich harmonies, soaring vocal melodies with brutal growls, and breathtaking soundscapes with intricate rhythms.
They are synonymous with blending styles, displaying emotions and showing off some incredible technical prowess.
This duality of sonics and their mesmerising stage show has led to them to share the stage with the kings of the global progressive scene,
including Opeth, Tesseract, Katatonia, Trivium, Between The Buried And Me, The Ocean, Ne Obliviscaris, Beyond Creation, Psycroptic, Be’lakor, Caligula’s Horse, Plini, Voyager, Chaos Divine and Klone.