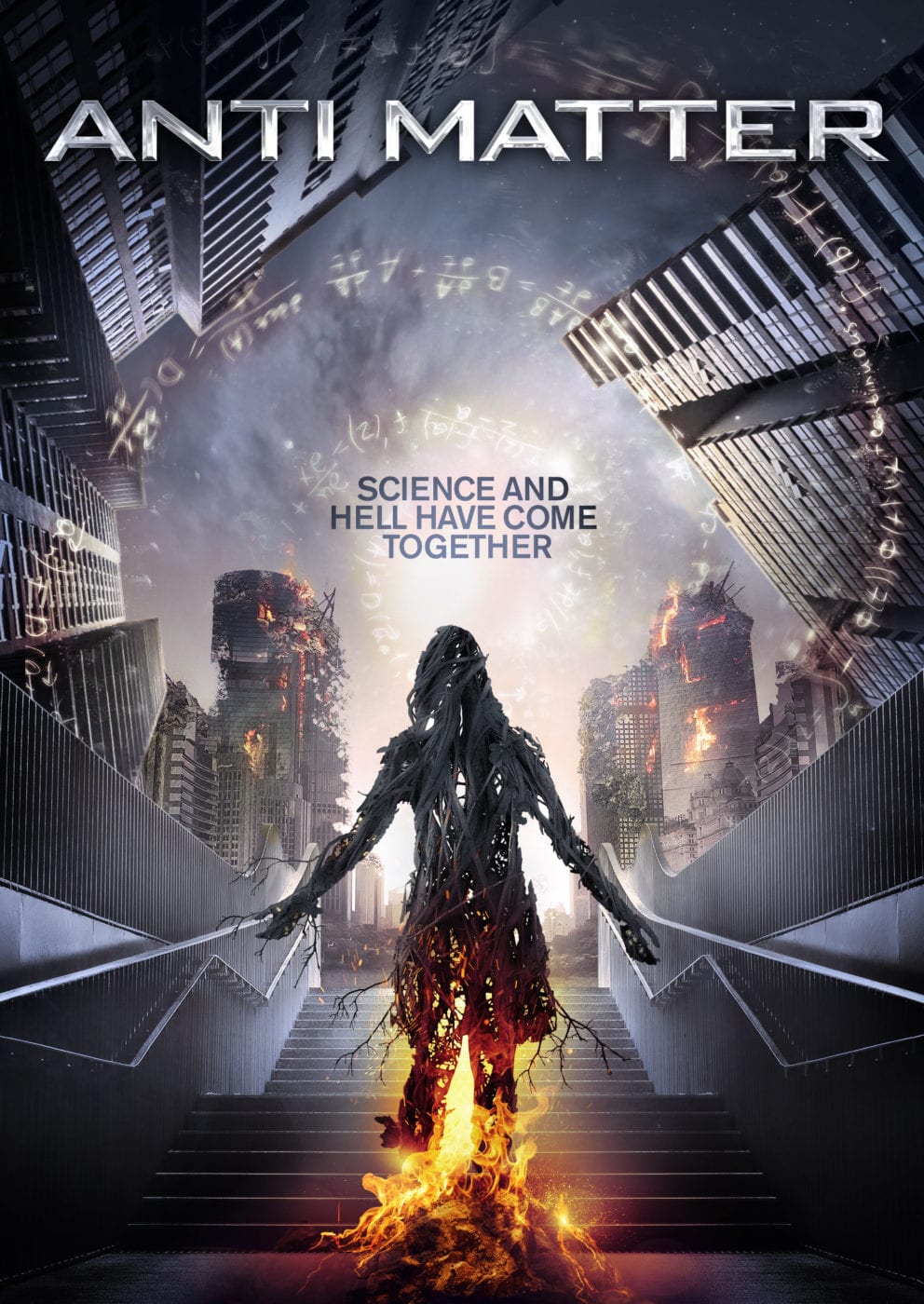 For awhile now, filmmaker Keir Burrows has been on a lot of film journalists ‘Filmmakers To Watch Lists.’ Originally hailing from South Africa but now living with his family in the United Kingdom, Burrows made a name for himself as the writer/director of a number of short films that screened at over 50 festivals worldwide, including the BFI London Film Festival and the Tribeca Film Festival (for two years in a row).

Now Burrows has just released his first feature film, Anti Matter. The film’s stars Yaiza Figueroa (Grace, The Showreel) as Ana, an Oxford PhD student who finds herself unable to build new memories following an experiment to generate and travel through a wormhole. The story follows her increasingly desperate efforts to understand what happened and to find out who – or what – is behind the rising horror in her life.

Unlike a lot of the filmmakers currently making films in the sci-fi genre, Keir says he certainly doesn’t pigeon-hole himself as a sci-fi filmmaker. “Well, so far anyway, everything we’ve done – six shorts and one feature – we’ve got going on our steam, y’know? I write and direct, my wife produces, so I’m telling exactly the stories I want to tell. It’s not a genre thing; I don’t think. Anti Matter is hard sci-fi, but none of the shorts were. My next two feature films, neither are sci-fi (one is horror, one’s a drama). So yeah, the best-case scenario is I keep making my films, my own stories. If the opportunity came along to work on something else, franchise or a pre-existing material, I’d look at it carefully and see how or what I would be able to bring my own stories on.”

With that in mind, the conversation turns to how Anti Matter (sci-fi) came into being. “Anti Matter started out as a short film script called Worm that I wrote around 2011. I never shot it as a short; I had other things that were better or easier to do at the time, I can’t remember now. A year later, I turned it into a feature. Then spent a couple of years developing the script, looking for finance. Once we decided, early 2014 I think, that we were going to up and do it with our resources, it was then like an eight-month process, prepping everything before we started. Remember, we fitted this in around day jobs, a new child, it was very much a part time thing then. We began filming end of 2014. Taking advice from Chris Nolan, on the way he made his first film, Following, we broke the shoot up into a dozen small chunks – so we shot over almost a year, doing a day here, a weekend there. We did one big block – 13 days – for all the lab stuff.”

So, did the film end up the way he wanted it to turn out seeing it was changed from a short to a feature? “Also a good question. Nice one. It exceed my expectations. I mean that as modestly as I can – we set out boldly, ambitiously, but also realistically. Imagining we would stumble through, it was as much about just making something as it was about what the final thing would be. When we had that first cut, and it wasn’t just coherent but, at least we thought so anyway, kind of good, I was over the moon. It had no right to be good; we had no money, no help, it should have sucked. So it’s better than I expected. Beyond that, yes, it’s close to how I imagined it. Probably weirder, more colourful, more graphic novel than I set it out to be, I thought I’d be making something dry as a circuit board, like Primer. It’s a more strange thing than I expected.”

The most surprising thing to come out of the interview is the fact that Kier has had very little say in how Anti Matter has been marketed. “None at all!” he says. “No, the distributors make all the decisions on that, on a project at this level. It’s been interesting. Mostly, we’ve been very happy; they have taken our concerns on board. The trailers have been great. But you know, in the UK, the main art, posters and DVD etc., it has our actress Yaiza made out to be a robot when there are no robots in the film at all. And in the US, they had her making skyscrapers explode, which also… isn’t a thing in the film. So it’s been a learning curve. But I’m easy. Fun to watch what people do with it. Uncork’d in the US have been great. I mean, we’re first-time filmmakers, we didn’t know what to expect, hardly know our arse from elbow. They’ve been great, honest and open and explained the process, answered all our dumb questions. It’s been good. Again, a fantastic learning process.”

Keir also admits that he is torn over whether he would have loved Anti Matter to be a cinema release rather than a VOD release. “Ha, I can’t imagine there’s a single filmmaker who won’t answer theatre to this question. It’s what you want. The big screen experience. If you’re making something for VOD only, it’s not cinema anymore; it’s TV; TV movies. If that sounds snobby, it’s not meant as that. Getting an audience is better than nothing, by a long shot. But I’m sure we all got into this work because we love sitting in that big dark room watching cowboys, or monsters, or people fall in love, on a 40-foot screen. That’s where you want to be. We’re obsessed with change at the moment, with ‘disruption’. It’s such an ingrained part of our business culture now that we expect it, we can’t imagine it not happening. But I just don’t see huge change ahead. Movies will still open in cinemas. DVDs will ever more be replaced by VOD, but it’s ultimately a similar thing, just a different delivery system. I guess with VOD it’s good as the cost to entry is far lower, and your reach is immediately massive, global. The downside is you’re competing against so many others. But if you love film, you’ll celebrate that; good stuff should rise to the top. But my thoughts are, ten, twenty years, it’s all going to be much the same as it is now. There isn’t a revolution on the horizon.”

Anti Matter is out now on various VOD platforms.