A new beginning with SATYRICON 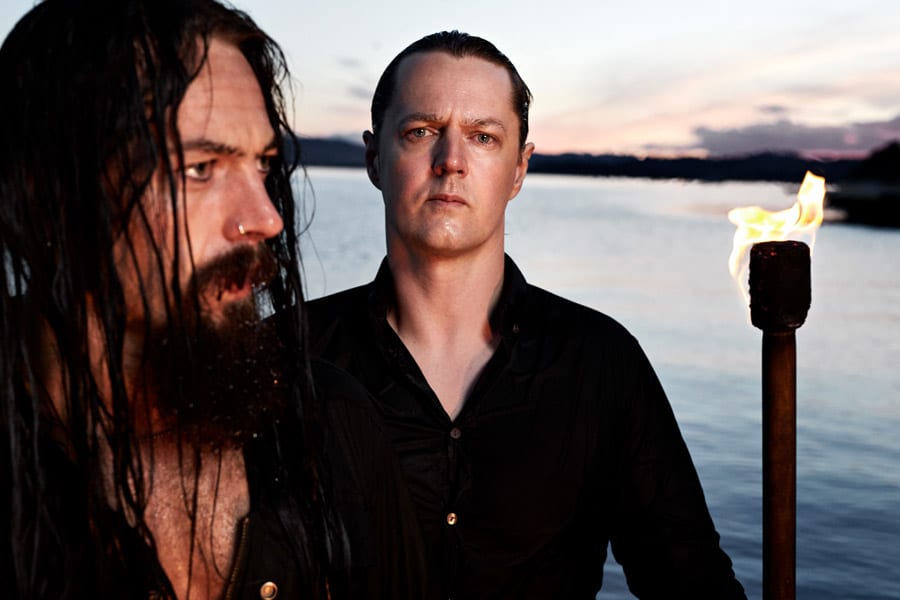 “This is a new beginning, a new chapter. The rules of the game have changed,” Satyricon vocalist, Satyr, was quoted as saying in the band’s press release for their upcoming album, Deep Calleth Upon Deep, released on September 22.

“That whole thing sounds a little bit more tabloid, I guess,” he laughed when I ask him if that is an accurate assessment of the new album. “When I talked to the journalist when we made that press release, the reason why I said that was because I felt when doing the record throughout those three years that we’re not sure if we are necessarily going to do this forever. So a lot of the thoughts that went through my head were that I either have to make this a really great last Satyricon album or I have to turn it into the beginning of something new in the history of Satyricon, and there weren’t any complex thoughts behind that. That’s just how it felt. Part of the reason for that is because I am always a musician that is pursuing new ways of doing things, that is my nature. I feel more driven when I’m looking to explore new musical technology; I think that’s one thing. Another might be that I went through a serious health scare a couple of years ago and that also made me reflect a little and realise you can’t take anything for granted. You can only do this for so long, and then one day it’s over. Those were thoughts that went through my head when I made the record and I don’t know how it shaped the outcome but that’s what it felt like.”

The question remains then, what sort of things did Satyr and Frost do differently to make this the best Satyricon album yet?

“Every record, we try and look for something that is going to work as some form of catalyst on that project,” he offered. “In the genre of black metal, it has always been a strong tradition to focus on atmosphere over high-fidelity sound and focus on trying to get a mesmerising feel to the songs. This is more so than changing it around progressively all the time, which is more common in let’s say death metal, where it has more back and forth. On this record, I felt like it was important to try not follow a certain way for the whole album but more so what fits each song individually. So if you listen, for example, songs two and three, the second song on the album is ‘Blood Cracks Open the Ground’ which is constantly all over the place and extremely progressive, and that felt natural for that song and felt like something the album needed. The song after that, ‘To Your Brethren in the Dark’, is the complete opposite. It’s very repetitive and almost hypnotic, and that’s what that song needed. Perhaps that also made the totality greater. Nothing magical really, just acknowledging the importance of pursuing the true nature of each song without necessarily looking at genre formulas or any of that. Not that we were ever preoccupied with that in the first place, but as a band, you have certain ways of doing things. When Frost was working on drums at times he would say, ‘okay, I have this part’, and I would say, ‘no i don’t like that at all, to me it sounds really dated.’ So he would ask what I wanted to do and I would reply, first of all, I want something that is exciting to me; something that feels like it’s the only part we could use for that song. That’s how the drums need to be or whatever, and I would ask him what he felt. I would ask if he loved what he was playing, and he would say he didn’t know if he loved it, but it works so I would suggest we get rid of something that works and replace it with something that we love instead. I wanted to get more passion into the songs and make sure whatever we did was the optimal part and not just something that worked.”

Satyricon’s first three albums, Dark Medieval Times, The Shadowthrone and Nemesis Divina were more Norwegian-based black metal, whereas after that they turned to a more traditional black metal sound. This is a point, which while not lost on Satyr, is also considered irrelevant when he looks at the birth and subsequent growth of the black metal genre.

“I don’t know if I see it that way,” he argued. “It is 2017, and the band that eventually became Satyricon started playing together in 1991, and we took the name Satyricon in 1992, and we released our first record in 1993. I was seventeen when that record came out. Deep Calleth Upon Deep is out on September 22, and I’m 41 now, so that says a lot. We started doing this early. There was almost no-one that was playing this type of music – definitely not anyone listening to it (laughs) – and the world is not the same. Black metal is not the same, heavy metal music and the whole industry has changed. We live in a different reality so what kind of music is it that’s truly timeless? That would have to be something like classical music, but black metal is a form of rock music. That also changes, and it’s important to remember black metal as we know it and understand it has its roots in Norway, starting in the early 1990’s. But there was also music known as black metal prior to that in the 1980’s through bands like Venom and Bathory, and I guess there wasn’t a scene then.

“We had Mayhem playing in Norway, but they were pretty much alone. The music of the 1980’s considered a black metal sound is very different to what eventually became black metal as we know it today, which came out of the Norwegian scene in the early 1990’s. I think with Satyricon; we have never had any discussions as to ‘let’s do it this way’ or ‘let’s do it that way’, but we do what we feel is right, and that has been important to our career. The closest we’ve ever come to having thoughts like that or a conversation like that was when we did the Rebel Extravaganza album because that felt… with the aftermath of Nemesis Divina, it seemed to me like it was turning into a keyboard genre. For me, black metal can be lots of different things, but most importantly it is guitar-based music. It is based around the riff, but at the time, I thought keyboard made sense. I was using it myself and still do to this day – but as in should, it is replacing the guitar? That made no sense to me, and I was never a big fan of gothic. I never liked gothic music; never liked the synth score. I don’t like the imagery, I don’t like any of it really, and that was getting worked into black metal. It was supposed to be dark and scary and dangerous, but to me, it felt very plastic and theatrical and honestly silly, so I thought, ‘alright, let’s do a record where we do the complete opposite’. No keyboards – if anything, let’s just use dirty old analogue keyboards from the 1970’s. Let’s not have any fake blood – let’s go and get a bucket of blood from the butcher and instead of having this German latex clothing, let’s just take a pair of jeans and light them on fire and run over them with a truck, and that’s exactly what we did (laughs). That is literally what we did, and we figured that would be our middle finger saying, ‘fuck you, this is how we see black metal and you guys think you’re doing black metal but all it is is silly gothic stuff and not black metal at all’.

“Interestingly enough, when we did something like that, it was controversial. It was either praised as a total masterpiece or considered garbage but it was an incredibly important record, not just to Satyricon, but to the scene as well because it really influenced many influential bands and made them understand a thing or two about how they as a big band need to take responsibility, not just for their band, but for the musical genre that they are a part of. With that record, that’s probably the only time where we made a deliberate decision to try and turn things around, but I consider that a one-off and a truly different record from the rest of our catalogue. With Deep Calleth Upon Deep, what I was pursuing was the most looking at the big picture was spirituality, and I think we’ve achieved that. I find the record to be extremely spiritual.”

As well as the new album coming up, fans can also look forward to the eventuation of the much talked about covers album by Satyricon, although Satyr remains noncommittal on when it will see the light of day.

“I hope so, yeah,” he laughed when asked if the album was still in the pipeline. “It’s something that we’ve been playing around with for the last three or four years in between other things, and hopefully we’ll have time to pursue that next year at some point. What has been important in that project has been to try and look at the album, when we eventually do it, is going to be called Formative Oddities, and the reason for that is because that’s exactly what it is going to be about. It’s gonna be about stuff that helped shape our musical taste, but I don’t wanna do something overly obvious like putting covers of Venom and Black Sabbath in there. There’s gonna be some folk music; there’s gonna be some classic hard rock, some punk rock and perhaps also we’ll try to do some versions of electronica things that are not within the category of typical extreme metal or all of the obvious ones.”