Getting Dark with ALICE COOPER 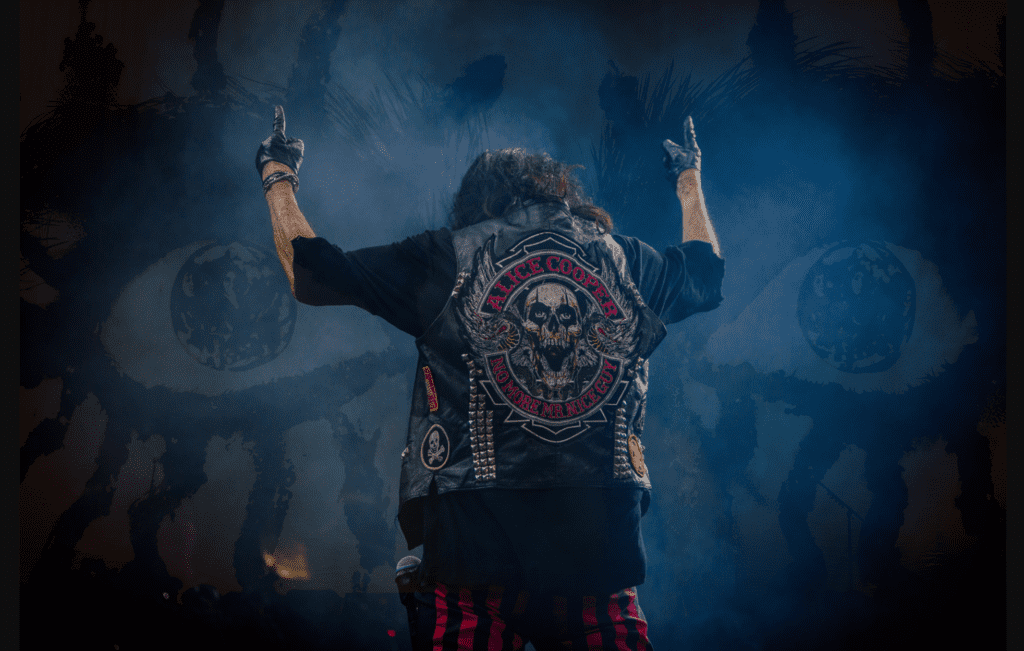 Alice Cooper was last in Australia as support to Mötley Crüe on the latter’s ‘Final Tour’ in 2015, with many punters believing he upstaged the main act.

Regardless, Cooper will be out here again this October headlining his own run on the ‘Spend The Night With Alice Cooper’ tour with Ace Frehley in tow.

“The Alice Cooper show has got quite a reputation,” observed Cooper on his run with Mötley Crüe. “It’s almost like going to see Cirque du Soleil; it’s always expected to be really interesting and you know it’s gonna rock. So when we play with other bands, Mötley Crüe or anybody like that, especially when a band is doing a farewell tour, you kind of… I don’t know, it’s sort of like the death throes of a band. Every once in a while, you notice a certain lack of energy in it, so I’m never gonna do a final tour!”

“We’re doing something different on this upcoming tour,” he continued. “About once a week, we’re changing songs, so if you come and see the show and then come and see it again two weeks later there are two or three different songs in there. We never, ever do that but we’re doing a lot of rearranging this time to please everyone.”

While the name of the tour suggests something a little more intimate, Cooper is quick to point out that an Alice Cooper show is always going to be a full-on aural assault.

“It is what it always is”, he replied cryptically,“It’s going to be a theatrical production; it’s gonna be all the hits. And I think that for me, the most important thing with the band is that it is probably the best touring band I’ve ever worked with and it’s really great to see the reviews where they review the music first and then the theatrics, which is really kind of unique for me. For fifty years, it’s always been the theatrics first and then they mention how good the songs were. Now they’re talking about how good the guitar players are, how good the drummer is, and how good the songs are and to me that’s really refreshing.”

We have more revealing information about Alice Cooper’s upcoming shows but you’ll get have to get yourself a HEAVY Digi-Magazine subscription to read all about it.